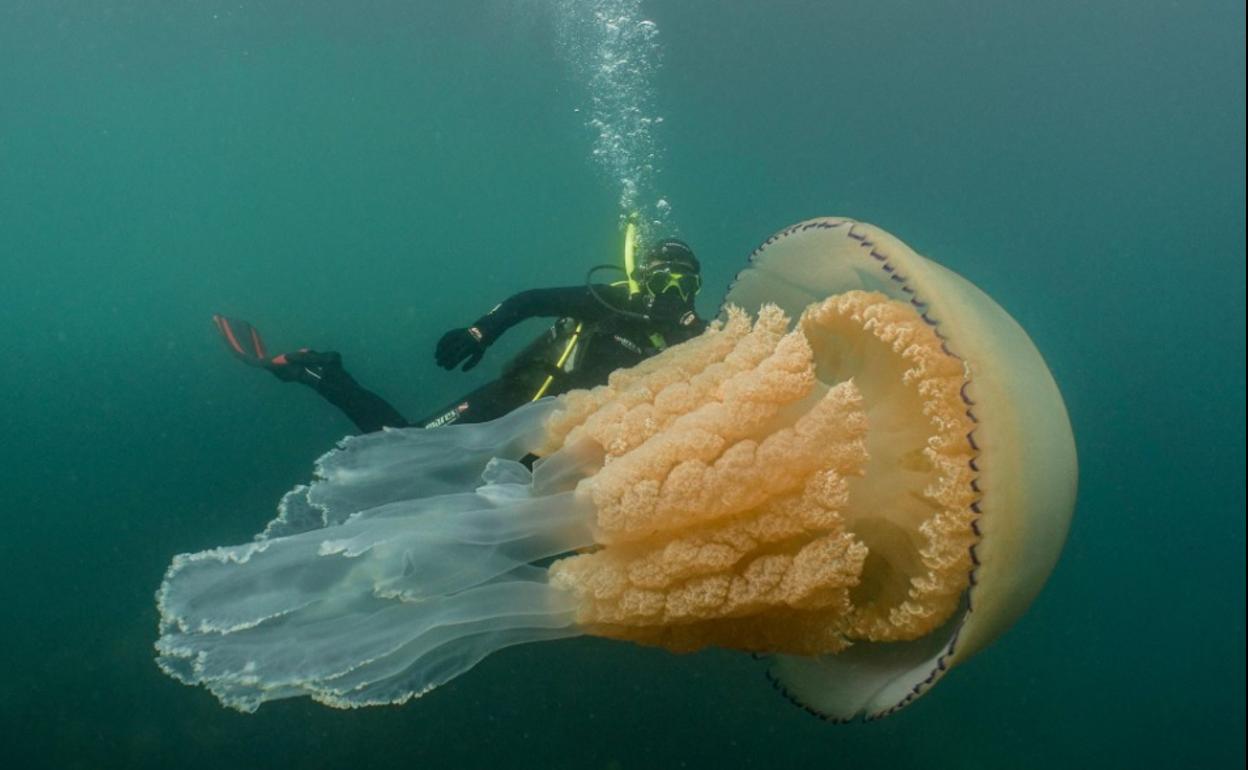 A kind of jellyfish. / LIZZIE DALY

The rise in temperatures in the Mediterranean has favored the proliferation of jellyfish on many Spanish coasts. In fact, an invader from the Pacific has been sighted on the coast of Granada.

That is why experts such as Dr. Mar Fernández Nieto, member of the Asthma Committee and spokesperson for the Spanish Society of Allergology and Clinical Immunology (SEAIC) have asked the population to report all stings and contacts with jellyfish on the Spanish coast. through MedusApp and that “they do not underestimate this problem”.

The most predominant jellyfish in our waters are ‘Pelagia noctiluca’, also called carnation jellyfish, and ‘Rhizostoma pulmo’, known as aguamala. However, in some specific areas, jellyfish such as ‘Carybdea marsupialis’ or ‘Olindias phosphorica’ may predominate.

Although they may share common characteristics, the symptoms differ according to the species and its danger: from redness and itching to the appearance of papules, respiratory distress and seizures.

In relation to the underestimation of jellyfish stings, allergists remember the first experiments carried out by Charles Robert Pichet, which gave rise to the term anaphylactic and with which he won the Nobel Prize for Medicine in 1913. These experiments began with the ‘Physalia physalis ‘ or Portuguese caravel. “We must be aware of the danger of their bite and the allergic reactions they can cause,” warns the doctor.

MedusApp one of the jellyfish sighting applications with the highest number of downloads in the world. The application allows anyone to warn of the sighting of a jellyfish and offer a real-time map of the places where its presence is detected.

This application has been developed by researchers from the University of Alicante (UA) and two computer scientists from the Polytechnic University of Valencia (UPV), in collaboration with the CIBER for Respiratory Diseases (CIBERES) and the Immunoallergy Laboratory of the Foundation Health Research Institute. Jimenez Diaz (IIS-FJD).

The app incorporates artificial intelligence (AI) for automatic species recognition. Until now, this ‘app’ allowed selecting the type of jellyfish through a complete catalog, but thanks to this update, the user can upload the photo and automatically identify the species before uploading it to the app for publication.

“Through the use of this ‘app’ we would like to be able to initiate collaborative work with the Allergology services that are located on our coast and that receive patients with suspected allergic reactions to jellyfish”, explains César Bordehore, professor of Marine Ecology and researcher at the Ramón Margalef Institute of the University of Alicante and scientific director of MedusApp.

In addition, the ‘app’ offers an interactive guide on how to proceed in the event of a sting and information on the danger of the different jellyfish. “The general and useful protocol for all jellyfish is to wash with seawater without rubbing and apply a 50 percent bicarbonate solution with seawater. If residual tentacles or fragments remain, these can be removed with tweezers, gloves, or a plastic card. In the event that the pain persists, you should go to the first-aid or care services. If, in addition to skin discomfort, the individual presents dizziness, chills, fever, swelling, it is recommended to go to the emergency room and consult an allergist”, details Eva Fonfría, doctor in Biochemistry and researcher at the Ramón Margalef Institute of the University of Alicante .