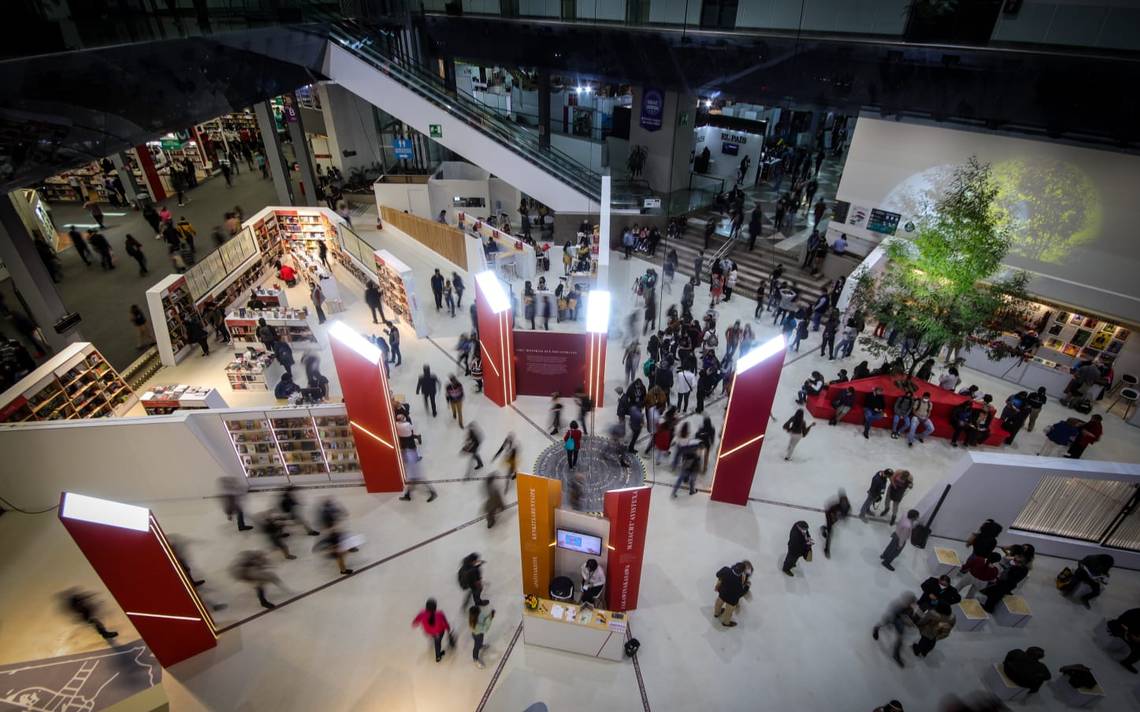 The University of Guadalajara broke the silence, before the attacks of the President Andrés Manuel López Obrador, and by official channels he replied that no author, in the 35 years of life of the International Book Fair (FIL), no author has been paid for fees. He also insists that the fair is and has been a staunch defender of books, pluralism, freedoms and the right to dissent.

Almost 48 hours passed for this response. The Andrés Manuel López Obrador, constitutional president of the United Mexican States, made remarks against the fair on November 29 of the current year in his morning press conference, regarding the Guadalajara International Book Fair (FIL).

In the statement they do not reproduce his comments, where he questioned the Guadalajara fair “Inaugurated by the rector PadillaWell, he is not rector, but he has been dominating the UdeG; who also gives up monarchy awards and to which intellectual pimps go, because they treat them like a king, I am not generalizing, but every time they arrive Vargas Llosa he receives special treatment and it would be good if they reported how much he is paid ”.

In that sense, the University of Guadalajara specifies that in its 35 editions, the FIL has been a staunch defender of the book, of the pluralism, the freedoms, the diversity and the right to disagree, as well as an important agent promoting reading and a platform for the publishing industry of Iberoamerica.

He reiterates that “this fair is an initiative of the University of Guadalajara and share with our Study House the spirit of plural debate, as shown by each of the people who have participated in its programs: authors, thinkers, popularizers of science and public figures of the whole world and all the currents of thought ”.

In the writing of a primer it is insisted that “The FIL has established itself as the main literary festival in our language, as shown by the thousands of writers from all the countries of our linguistic field who have attended since the first edition, in 1987, to participate in different activities and, above all , to have an invaluable exchange with their readers “and reiterates that” the various programs of the FIL have been nourished, since its inception, not only by the proposals of the Organizing Committee, but also from the invaluable collaboration of numerous institutions, particularly the publishing houses, which have contributed to strengthening the activities that give life to our Fair every year ”.

➡ The defense of women must be a priority in the world: Joumana Haddad

On the participation of Nobel Prize in Literature specifies that “it is in this context, and with the generous participation of the publishers that publish the work of the Nobel Prize in Literature Mario Vargas Llosa, that is well known Peruvian author, has been able to be present on nine occasions, as part of the literary program of FIL Guadalajara. Of these nine visits, the fair has contributed on three occasions to the payment of accommodation or transfers for this important writer, which is a common practice in all international literary festivals. That is, the presence in the FIL by Mario Vargas Llosa it has been possible thanks to the financial contribution of its editors ”.

And he reiterates that “we want to emphasize that neither Mario Vargas Llosa, nor have any of the authors who have accompanied us in these 35 years of activity been paid a single penny in fees “. He ends by saying that “in this reunion edition, the Fair has been characterized by the joy of its visitors, and that is the spirit that has prevailed for 35 years”.

FIL-Guadalajara breaks the silence due to AMLO attacks