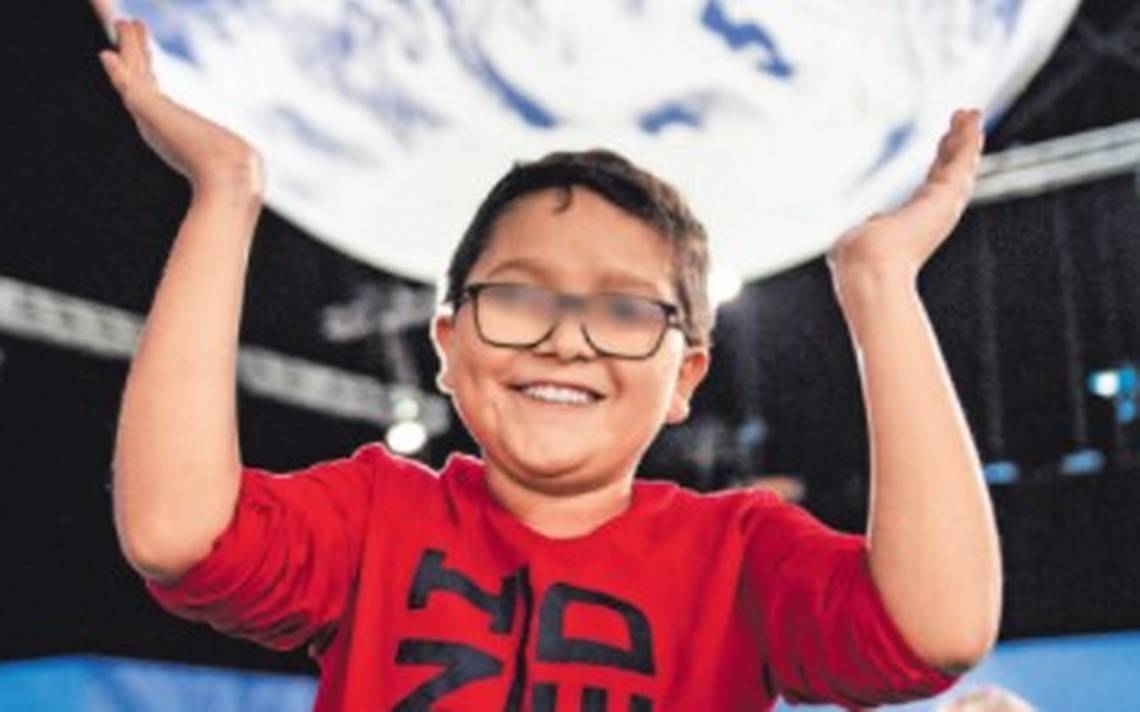 GLASGOW. Despite being 12 years old and 1.40 meters tall, Colombian Francisco Javier Vera is a great figure at COP26, where he defends the environment and human rights with an unusual eloquence that earned him death threats in his country.

Whether sitting on a table in the middle of the street to address protesters or interviewing journalists who approach him through the corridors of the Glasgow climate conference, this activist with glasses and dimples on his cheeks exudes charisma.

“I believe that boys and girls, unlike what people say, that we are the future, we are the present and we have an opinion and a voice as citizens,” he says with his fast and passionate speech accompanied by a lot of gestures and a sweet smile.

“But they do not allow us to express it,” he adds, showing around him that within COP26 many more children are not seen.

Francis asks world leaders “to govern for life and not only for the climate, for a dignified life, education, health, human rights” and “to have real commitments.”

He was invited by the Euroclima + program of the European Union, which designated him a “goodwill ambassador” for his environmental fight.

“FLOW WITH YOUR IDEAS”

It all started in March 2019 when this great defender of animals was 9 years old and saw the Amazon and the forests of Australia burn. Inspired by the young Swedish activist Greta Thunberg, but also by figures like Pakistani Malala Yousafzai, he left school one day and told his parents that he wanted to found a movement.

“When I arrived at night, I already had a whole database of the people in the neighborhood, with names, identification cards, all the information” that I had collected house by house from people willing to help, recalls her mother, Ana María Manzanares, a social worker who 20 months ago gave up everything to assist this only child who “from a very young age has always been a leader.”

His father, a lawyer, initially objected out of fear of backlash, but ended up buying him a megaphone for the marches.

Francisco began with six friends giving a speech in front of the mayor of Villeta, his small town in the department of Cundinamarca, about 90 km from Bogotá, with an eloquence that is not ordinary for his age.

“Many people ask me if they educate me to speak in this way, if I have classes to improve my vocabulary, but I think the most important thing is to flow with your ideas,” he says, recognizing a voracious passion for reading.

At the age of 8, he already gave a talk about the English astrophysicist Stephen Hawking to students much older than him at his school and he loves to read the American Carl Sagan, explains his mother, who plans to test him to determine if he is gifted.

His group grew and on Fridays they no longer went to play but to do actions such as picking up garbage. Now he is followed by about 400 children and he participates in events with figures such as the Timorese Nobel Peace Prize winner José Ramos-Horta.

In December 2019, he spoke against hydraulic fracturing and single-use plastics in the Colombian Senate where, he recalls, legislators expressed their disapproval by hitting their seats.

“It saddens me that politicians do not listen to citizens,” he says, accusing them of ignoring reality, of allowing global warming that threatens rural Colombian populations.

Speaking at COP26 “is very different from living where climate change is happening,” he says, assuring that in his few years he has perceived the loss of diversity in the exuberant Villeta waterfalls.

Right now he should be in school, but he preferred “to lose a week of class to be with all the presidents of the planet” in Glasgow.

“Greta said it (…) if we have neither a present nor a future, we will not be able to study, so this is also a priority,” she says.

His mother acts as a “containment barrier” against the avalanche of people who approach him.

Also on social networks, where he received death threats for simply asking for connectivity so that all children could study at a distance.

“One in Colombia always knows that this is a possibility” but “life was never the same again, because you are afraid,” explains Ana María.

Francisco does not want to talk about the threats and considers the support he received as a result of them more important, “because it allowed us to see that you have support.”

When he grew up he would like to be a politician, but for now he claims to be “a totally normal boy” who plays basketball with his friends and challenges anyone to play video games like Minecraft, Assassin’s Creed or GTA5 with him online.