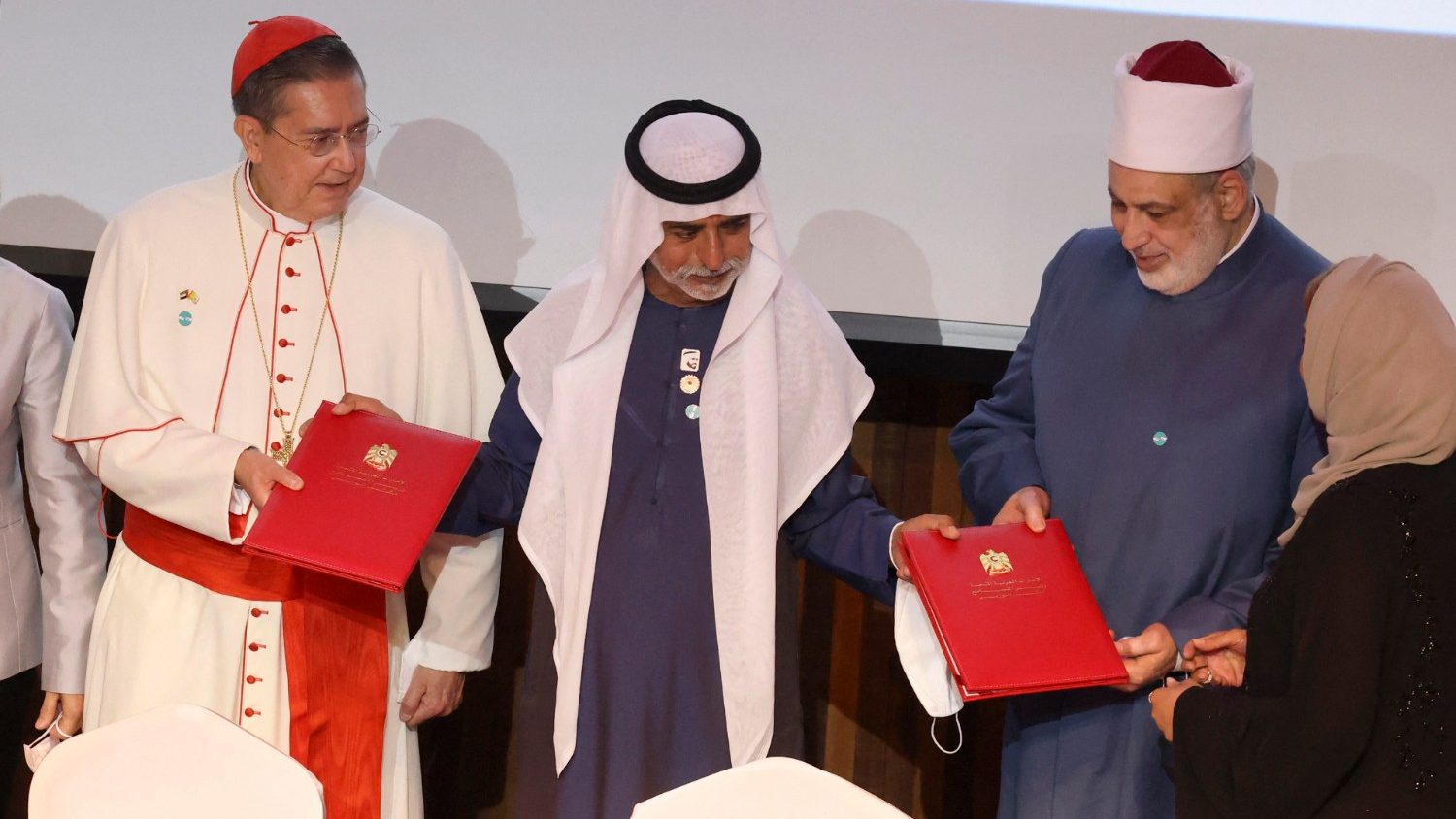 Cardinals Ayuso and Czerny travel to the United Arab Emirates on the occasion of the Zayed Prize for human fraternity.

Cardinals Miguel Ángel Ayuso Guixot, MCCJ, president of the Pontifical Council for Interreligious Dialogue, and Michael Czerny, SJ, prefect interim of the Dicastery for the Service of Integral Human Development, travel to the United Arab Emirates to attend the Zayed Prize ceremony.

This award aims to recognize people or entities from around the world that have put into practice the ideal of human brotherhood contained in the declaration signed by Pope Francis and the Grand Imam of Al-Azhar, Ahmed el-Tayeb, on the 4th of February 2019.

From this document, the UN declared February 4 as the International Day of Human Fraternity, which was celebrated for the first time in 2021.

The award distinguishes people and organizations that have put into action the spirit of the 2019 declaration, building bridges of brotherhood between nations and peoples, promoting peace.

In this same sense, Cardinal Ayuso declared on the eve of last February 4 to Vatican News: “I believe that the theme of fraternity is not a concept to talk about, but rather a message to transmit in a way that each person can, in a concrete way, to put into practice through concrete actions this approach to our brothers and sisters in humanity.” Cardinal Ayuso is president of the Higher Committee for Human Fraternity, the body that convenes the Zayed Prize.

The ceremony will take place next Saturday, February 26, in Abu Dhabi. For Cardinal Czerny, a member of the jury for this edition of the prize, this year both the International Day of Human Fraternity and the Zayed Prize ceremony can have a special meaning: “The lack of hope is perhaps the most terrible effect of this Covid : the celebration and the Prize are concrete gestures expressing hope. Let them be an occasion to reopen our hearts and minds and see that the future awaits us with great promises like our commitments today”.

In the election of the winners of this third edition of the prize, a jury of six members has intervened, composed -in addition to Cardinal Czerny himself- by Mahamadou Issoufou, former president of Niger; Phumzile Mlambo-Ngcuka, former United Nations Under-Secretary-General and Executive Director of UN Women and Vice President of South Africa; Leah Pisar, president of the Aladdin Project; José Ramos-Horta, Nobel Peace Prize laureate and former President of East Timor; and by Judge Mohamed Abdelsalam, general secretary of the Superior Committee of Human Fraternity.

The first edition of the award, in 2019, was awarded to the signatories of the Document of Human Fraternity, Pope Francis and the Grand Imam of Al-Azhar, Ahmed el-Tayeb. In 2021, the award went to United Nations Secretary-General António Guterres and Franco-Moroccan anti-extremism activist Latifa Ibn Ziaten.