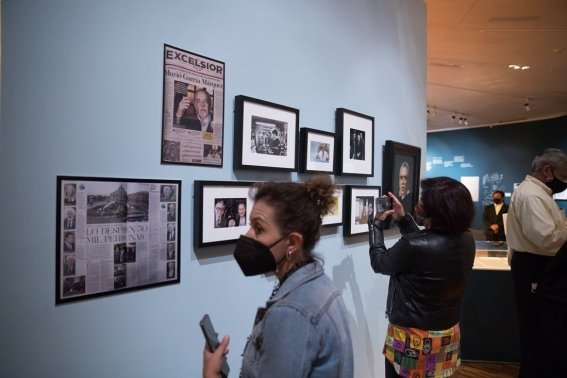 Today the exhibition “Gabriel García Márquez. The creation of a global writer” in the Museum of Modern Art, in Chapultepec. The exhibition exhibits documents never before seen in Mexico and Latin America, such as the first page of the manuscript of “One hundred years of solitude”.

“The first page of ‘One Hundred Years of Solitude’ live is something that has not been seen before in Mexico, it is the beginning of the great work in Spanish of the 20th century and today it is one of the great classics of universal literature . In that sense, seeing the manuscript of ‘One Hundred Years of Solitude’ justifies the exhibition”, says Álvaro Santana, curator of the exhibition, to THE UNIVERSAL.

The files come from the Harry Ransom Center, of the University of Texas, an institution that in 2014 bought the archive of the Colombian writer.

Read also: Once again they try to sell false drawings of “The Burrón family”

The exhibition is divided into seven sections; the first four are arranged chronologically and deal with “Gabo’s” childhood, the beginning of his professional career, his settlement in Mexico and the stage in which he wrote “One Hundred Years of Solitude”. The remaining three sections are devoted to Garcia Marquez as a global icon, winner of the laureate and political activist. 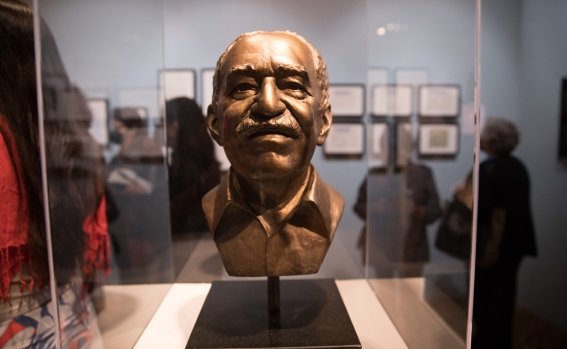 “Gabriel Garcia Marquez. The creation of a global writer” took two years of planning; Regarding the selection of files, Santana explains that in real time it took him a month and a half to do it.

The wide range of unpublished archives – made up of manuscripts, photographs, letters, telegrams, newspapers, audios and personal objects – are an x-ray to understand a little more what was behind the mind of García Márquez. This is an exhibition to read, so we recommend you go early. 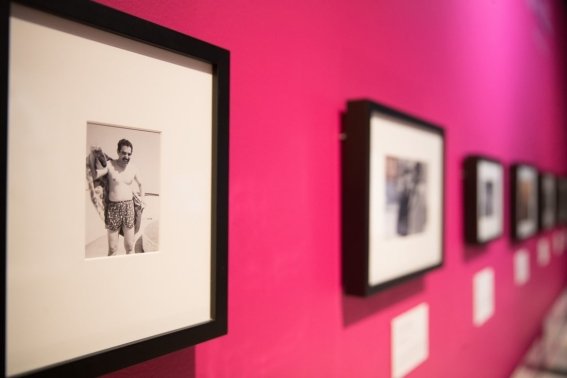 Next, the most curious objects of the exhibition “Gabriel García Márquez. The creation of a global writer”:

– The birth chart of Gabriel García Márquez. For a long time, “Gabo” thought that he had been born in 1928, however, when he found out that he had really been born in 1927, his literary agent Carmen Balcells He asked the Italian astrologer Lisa Morpurgo to make the writer’s birth chart, fearing that a life of misfortune would await him. However, the letter predicted “great fortune” and “fantasy unleashed.” 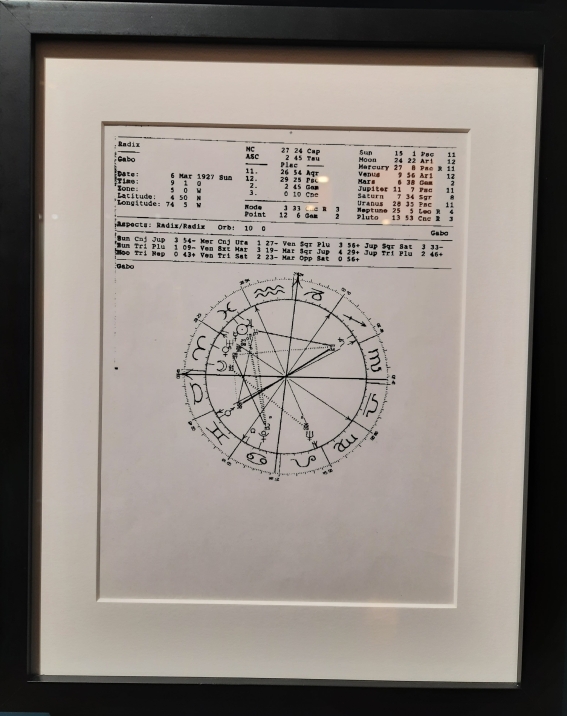 – First signs of “One Hundred Years of Solitude”. Since 1950 it can already be seen that García Márquez had Macondo in mind, since a manuscript already reads about a town with its characteristics.

– Mercedes Barcha, the first to win a literary prize. At the age of 15, La “Gaba” won a prize at her school for having written a text about the Magdalena River in Colombia.

– His first times. In the second section of the exhibition you can see his first story “The third resignation.” In a QR code, it will be possible to have access to his first interview and his first journalistic success is shown, which will later become “The story of the castaway” and the story where he used the word Macondo for the first time.

Read also: Dare to visit the National Pavilion of Biodiversity, a museum to break

– His first contract… precarious. Before winning the Nobel Prize for Literature, the writer faced the painful start of his professional career like many others because “he and his colleagues faced very poor professional publishing conditions and the contract shows why his first book sold very well.” little”, explains the curator. 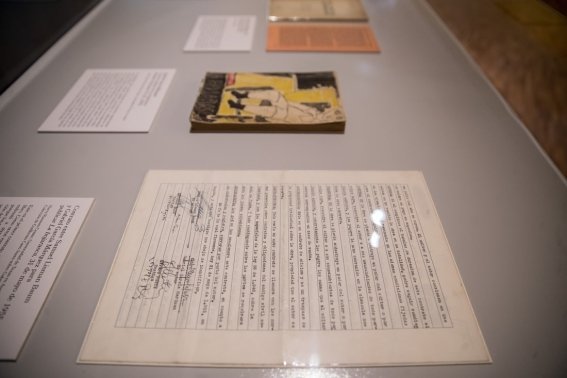 – Its editorial failure in Mexico. The novel “The colonel has no one to write to him” did so badly at the beginning, that he flat out gave away copies of the book and did not pay him royalties.

– jobs out of desperation. The Colombian had a hard time starting his career in Mexico, at one point he ended up working as an editor of the magazines “La Familia” -for housewives- and “Sucesos” -with tabloid tints-, jobs he considered would not make him a good resume , so he never put his name, however, he managed to shape his literary stamp. 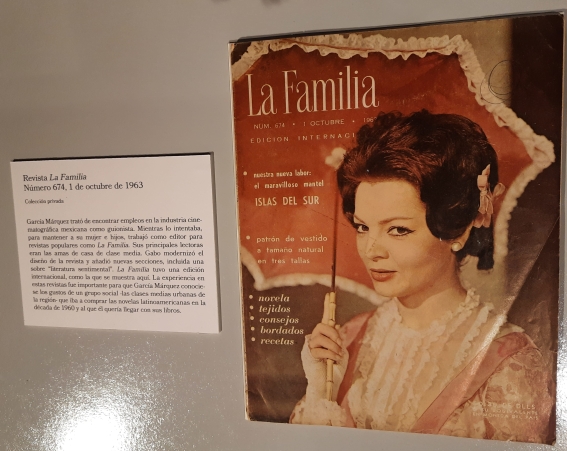 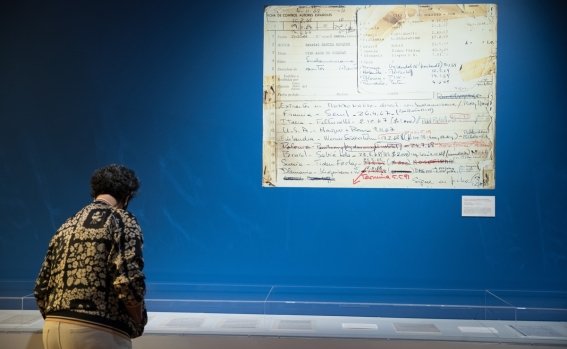 – 18 versions of “Memories of my sad whores”. On a wall the 18 times that the writer made about the beginning of chapter 5 of said novel are exhibited; on one page you can see how he crossed out everything and on the next version it was already a new text. This accounts for García Márquez’s “obsessive editing process”. 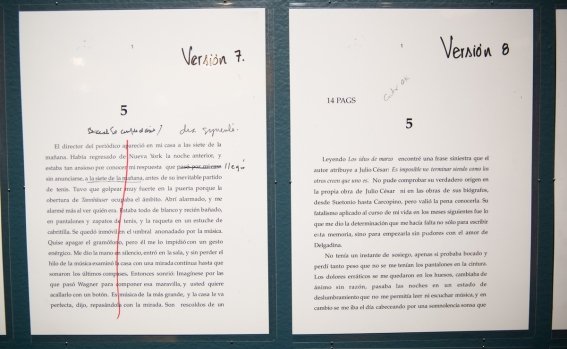 – The rejection of “The New Yorker”. Months before winning the Nobel Prize for Literature, Gabriel García Márquez was snubbed by the famous magazine, which rejected the publication of one of his stories because the ending was not good enough. 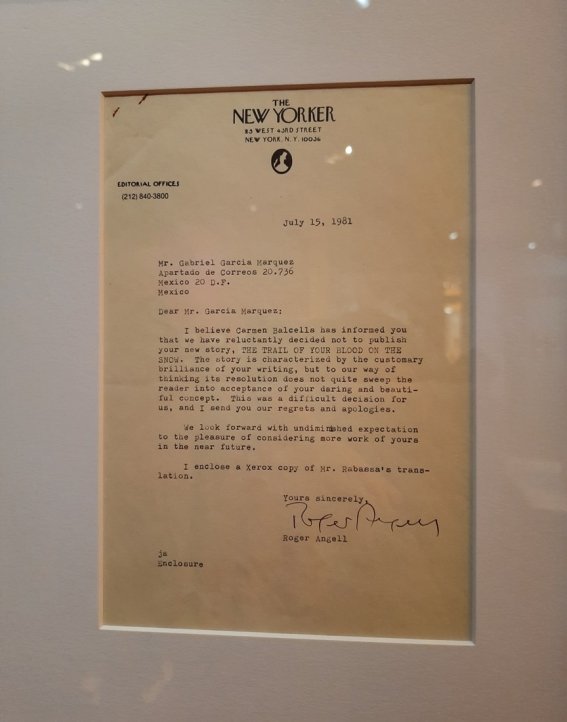 The exhibition also includes the telegram with which he was informed that he had won the Nobel Prize for Literature, letters from readers, including a Ukrainian girl, photographs with politicians, such as the current president Andrés Manuel López Obrador, and photos from the last years of his life and news of his death. 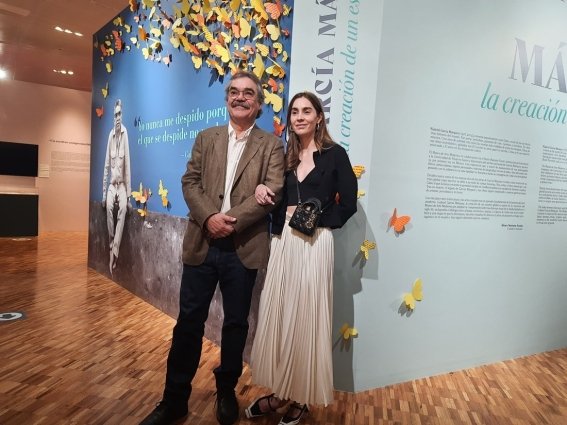 “The University of Texas has done an exemplary job in organizing it, restoring it, and putting it out for the public. (…) A few weeks ago Emilia, my daughter, found some letters that are going to go to Ransom”, said Gonzalo García Barcha, son of the Colombian writer, about the file. These letters, which are currently exhibited at the Gabriel García Márquez House of Literature, despite being recently discovered, will be delivered to the University of Texas because the 2014 sale was of all “the professional papers of García Márquez, so although these appeared now they were not on the list, the natural thing is that they were also part of it. What we wanted is that the papers not be dispersed”.

“It’s moving that this is happening at the Museum of Modern Art, where my parents used to bring me when I was little,” added the writer’s son.

subscribe here to receive directly in your email our newsletters on news of the day, opinion, Qatar 2022 and many more options.