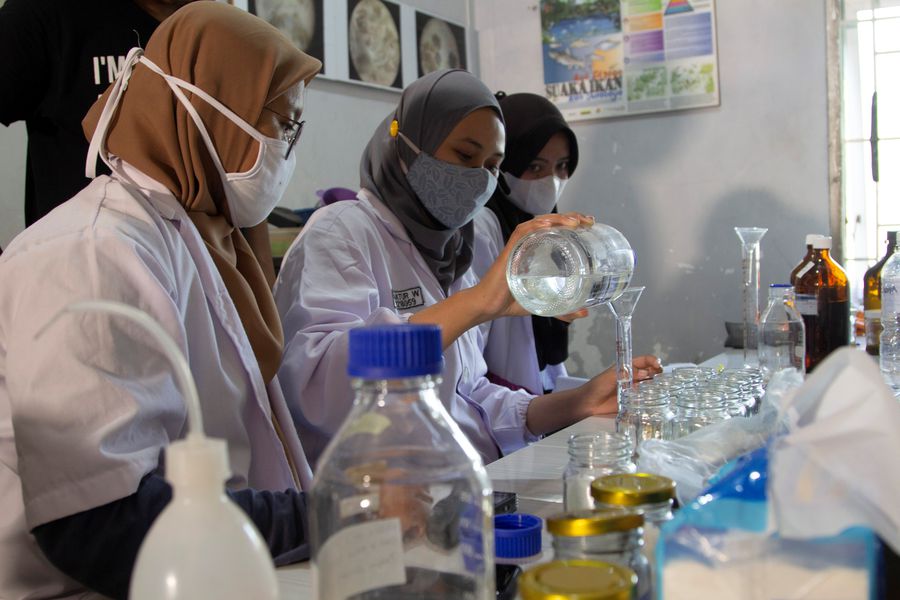 Women’s participation in international awards that reward excellence in research is increasing, but still lags behind the proportion of teaching positions held by women, according to an analysis by 141 top scientific awards given in the last two decades.

Lokman Meho, Information Scientist at the American University of Beirut, examined whether advances in women’s chairs have resulted in awards honoring their work. Their findings, published in Quantitative Science Studies, show a narrowing but persistent gender gap at the highest award levels. The disparity is greatest in disciplines that include life sciences, computer science, and mathematics.

Hans Petter Graver, jurist and president of the Norwegian Academy of Sciences and Letters in Oslo, who administers the Abel Prize in Mathematics and the Kavli Awards in Astrophysics, Nanoscience and Neuroscience, says that the results send “a signal to institutions that give prestigious science awards to do more for diversity ”.

Women have publication and citation rates comparable to men, but they tend to have shorter careers and post fewer articles as first or last author, according to other studies in recent years.

In his analysis, Meho identified 141 prestigious international awards, including Nobel Laureates, the Fields Medal of Mathematics and the Robert Koch Award biomedical sciences, awarded to 2,011 men and 262 women between 2001 and 2020.

The results show that the number of awards honoring female scientists has increased in the last 20 yearsBut women are still underrepresented in these career-defining awards, which are often nominated by peers and decided by previous winners. “We are moving in the right direction, albeit slowly,” Meho says.

Although the study did not examine the causes of gender bias, it maintains that women do not receive fewer rewards because of the quality or quantity of their research. Instead, he attributes it to a implicit bias, coupled with a lack of proactive efforts to address inequalities in science.

Nalini Joshi, a mathematician from the University of Sydney, Australia, says the results speak to the visibility of the nominees and how the nomination and award selection committees operate, pointing to “An ingrained culture of exclusionary behavior.”

About Two-thirds of the 141 awards recognized women sometime between 2016 and 2020, up from 30% of the 111 awards offered in 2001-05. The average participation of women in the awards, when counting all recipients, approached 20% in 2016-2020. However, this did not reach the proportion of teaching positions held by women during the same period, Meho found.

And since 2001, 16% (22 of the 141 awards available) have never recognized distinguished women. That includes two awards included in the analysis named after women.

Meho’s findings echo previous analyzes showing that there is less disparity in awards early in the race, but, As award status increases, the gender gap widens. Women are also overrepresented in the awards that recognize mentoring and teaching, likely reflecting the uneven division of these duties, the researchers say.

In the case of one of the most recognized, the Nobel Laureates, began to be awarded in 1901 in the categories of Physics, Chemistry, Physiology or Medicine, Literature and Peace, in 119 years of existence, it has been awarded 876 times to men (with 873 winners), 58 times to women (with 57 winners; Marie Curie received it twice) and 28 times to organizations (with 25 organizations awarded).

According to each discipline, 17 women have received the Nobel Peace Prize (out of 107 awards to individuals and 28 to organizations), 16 for Literature (out of 117 awards), two for Economics (out of 86 winners), 12 for Physiology o Medicine (out of 222 winners), 7 in Chemistry (out of 186 winners) and 4 in Physics (out of 216 awards received). At the Nobel Prizes in Physics, Chemistry and Physiology or Medicine only 22 women have been awarded (with 23 awards received).

Bas Hofstra, computational sociologist at Radboud University in Nijmegen, the Netherlands, says the ramifications are powerful. Gender disparities, especially at the highest levels, reinforce a system that undervalues ​​women and other underrepresented groups. “From the beginning of their careers, women receive less credit,” he says.

Several scientific societies have already taken steps to remedy the disparities. The Royal Society of the United Kingdom, For example, it has appointed committees to request a wide range of nominees that would otherwise be overlooked.

“Still there’s a long way to go but we hope that these changes will begin to bring greater recognition to the wide range of talented individuals contributing to UK and international science, ”says the geneticist. Veronica van Heyningen, President of the Royal Society’s Diversity.

The American Geophysical Union has had some success in recognizing women, with women representing the half of the society’s honors in 2019 But women remain underrepresented among scientists nominated for awards and on selection panels. The selection committees for the Abel awards and Kavli they have achieved gender parity.

Joshi says that the appointment of various awards committees that are not only made up of previous award winners could influence practices and lead to more women being recognized. “When you are the only person who argues against such influences, it is very difficult to change those points of view in the committee”He adds.

Gender gap: Two-decade study reveals that women are less likely to win scientific prizes of excellence such as the Nobel – La Tercera