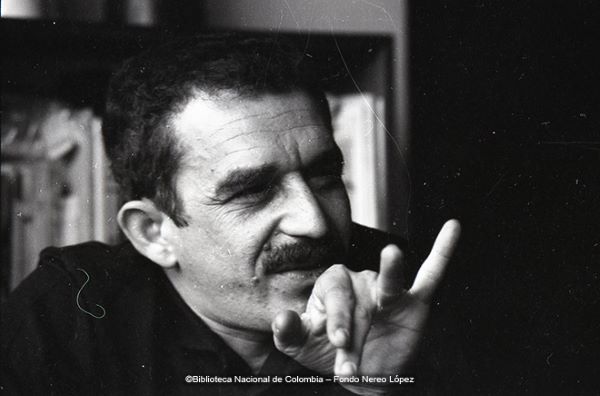 In Aracataca, the homeland of Gabriel García Márquez, the prose of this author will resound with more force. On December 11, authors, boys, girls, young people and residents of the municipality will participate in the celebration of the 40th anniversary of the Nobel Prize in Literature.

“García Márquez is one of my inevitable authors, he taught us to fight for a second chance on earth, for a second chance for the inhabitants of Macondo. Now we are in that second opportunity that allows us to be in his house today. We promise Gabo, our great Nobel Prize in Literature, that Macondo will live and that we do not have to be condemned to another hundred years of solitude. We are building change with art and with life”, said the Minister of Culture, Patricia Ariza.

This tribute is very important because it seeks to vindicate the work of the writer, whose work is still valid. As part of the celebration, the Ministry of Culture, together with the National Library of Colombia, the Mayor’s Office of Aracataca, the University of Magdalena and the Government of Magdalena will hold a cultural day that includes reading aloud the first chapter of One Hundred Years of Soledad, exhibitions of painting, dance and theater from the School of Artistic Training of the University of Magdalena and the presentation of the play El coronel no tiene quien le escriba, directed by Jorge Alí Triana with an adaptation by Verónica Triana; Assembly carried out in co-production with the Teatro Colón.

The programming also includes the discussion ’40 Years of the Nobel: inspiration and presence of Gabo, moderated by Jaime Abello Banfi, director of the Gabo Foundation; with the participation of the Minister of Culture, Patricia Ariza Florez; María Matilde Rodríguez, poet and director of the San Andrés Book Fair; Gabriel Eligio Torres García, writer; Moisés Álvarez, historian and director of the Historical Museum of Cartagena.

Likewise, music will have a space on the agenda with the presentation of the Philharmonic of the Family Compensation Fund of Magdalena – CAJAMAG.​

Gabriel García Márquez received the news in October 1982, when the Swedish Academy announced to him that he would be the winner of the Nobel Prize for Literature, and he kept the secret until December of that same year.

“His works are distinguished by their extraordinary expressiveness and a realistic concretion to which no abstract summary can do justice. The best I can do here is strongly recommend reading his works to those who are unfamiliar with them. With these words I give you a good time from the Swedish Academy and I beg you to receive the Nobel Prize in Literature from the hands of his majesty, the King, ”it was heard during the ceremony in Stockholm.

The award has meant enormous pride for Colombia, “it is a collective heritage, we all feel part of this great achievement, and the most important thing is that its validity is maintained and represents a promise for the future,” says Jaime Abella, director of Gabo Foundation.

In addition, he continues to be an inspiration for many readers in our country and in the world, because he represents an element of Colombian popular culture and has irradiated different aspects with his iconic phrases and his analysis of a society through his works, especially Cien años de Soledad that represents “a mirror society that is destined to remain a classic that never goes out of style,” concluded Abella.