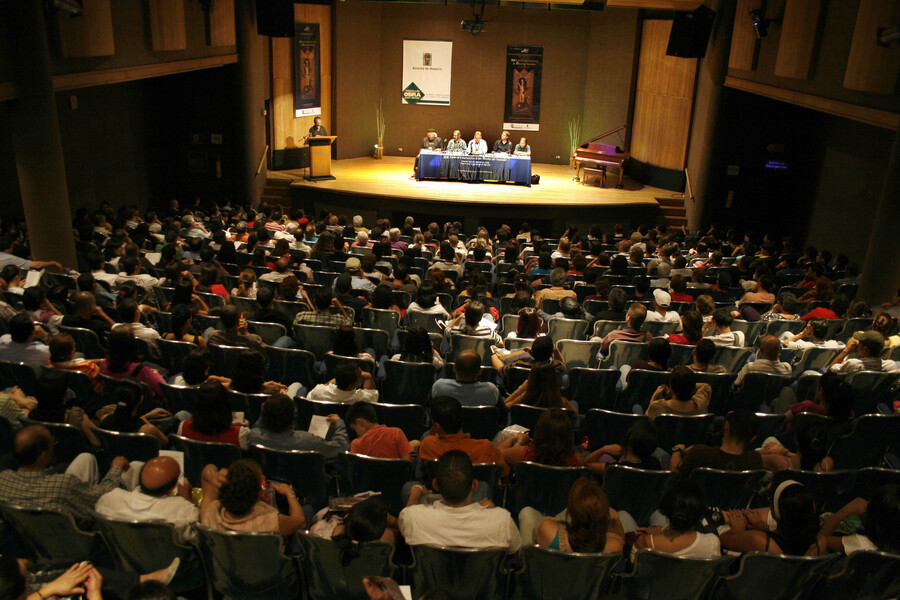 ‘World peace, peace with nature’ will be the motto of the Medellin International Poetry Festival, whose 32nd edition will be marked by the return to attendance after a two-year break due to the pandemic. Literature and letters will be just two of the topics to be enjoyed in a large program, taking advantage of the reunion outside of virtuality.

As with the Bogota Book Fair -FILBo-, the poetry festival of the capital of Antioquia will be focused on the return to the physical encounter; however, the almost 100 activities that this event will have will include some virtual ones. Additionally, this year more than 130 authors from 85 countries will come to the city, including several literary references who have received recognition for their defense of human rights in the world.

Three winners of the Right Livelihood Awards 2021 -also known as the Alternative Nobel Prize- will be at the fair, which will run from July 9 to 30 and will have a double day of programming: from July 9 to 22 there will be 50 virtual activities, while from 23 to 30 the agenda will have as its epicenter the open-air theater Carlos Vieco, on Cerro Nutibara.

In this regard, Álvaro Narváez Díaz, Secretary of Citizen Culture of Medellín, indicated that there is satisfaction regarding the face-to-face resumption of the festival and that, “after many years”, it will reopen in this cultural setting. In turn, he recalled that poetry has been recognized in that place, and that precisely from that exaltation “It will allow us to continue building, from poetry, the peace that this city achieved after creating this festival”.

You may be interested in: Cannabis that dresses: the story of Carlos Martínez, the pioneer in the textile hemp industry in Colombia

The motto ‘World peace, peace with nature’ has its origin in the damage done to the environment and climate change. This was explained by Gabriel Jaime Franco, coordinator of the festival and who also announced that one of the novelties of the 2022 edition of this event will be the project gulliverin which children from schools in popular neighborhoods will have the opportunity to read, before thousands of spectators, what they have written during the last year since the initiative was launched.

Now, regarding the special guests, there will be a total of 89 ambassadors from five continents who will arrive in Medellin to share, through poetry, their literary and cultural experiences from each region. 24 authors will land from Europe, 14 from Africa, 25 from Oceania, seven from Oceania and 26 from America, among which were included six representatives from various countries and whose selection was made through an open call.

For example, the poet Siphiwe Nzima it will be the main attraction in the cultural programming for its musical interventions; while Quibho Intalektual, a musician and intellectual from the Kingdom of Swaziland, will also make up the agenda speaking about social activism. Musically, Colombians will enter the scene Carlos Palacio and Ikaro Valderrama, like the Bulgarian translator, librarian and poet, Petar Tchohov.

Finally, among the poets who ratified attendance are Vandana Shiva -winner of the Alternative Nobel Prize-, the Jamaican Afua Cooper -laureate of the Dr. Burlney Allan Jones Award, from the Novia Scotia Human Rights Commission- and Tusiata Avia -awarded by the Foundation for the Arts of the Pacific-

Diego Camargo recalled the crisis he had in his career as a comedian: “I thought about retiring”
Ricardo Montaner spoke about his controversial video and referred to Aída Merlano’s reaction: “I am Colombian, whoever likes it”