To pay homage to the writer Annie Ernaux, taking advantage of the premiere of her documentary on Filmin, our classics and jewels are dedicated to her and other authors who have been awarded the Nobel Prize in Literature and have seen their works made into films. On the other hand, we must highlight the arrival on Netflix of the latest magnum opus by Alejandro González Iñárritu.

After strolling through the main events of the season and being released in theaters, it has arrived on Netflix “Bardo, false chronicle of a few truths” by Alejandro González Iñárritu. This film was among the big bets of the streaming company for the Oscar race but in reality there are very few defenders. González Iñárritu does an exercise in naveling to talk about a successful man (played by Daniel Giménez Cacho) who returns to his native Mexico and faces the new reality of his country.

“The pupil” by Alice Rohrwacher (Disney+) Direct premiere on platform The Italian director Alice Rohrwacher is responsible for this medium-length film with a spirit very much in keeping with these dates that is hosted on Disney+. It is a fable set in a period of war and focuses on a group of kids who find themselves in a Catholic boarding school. 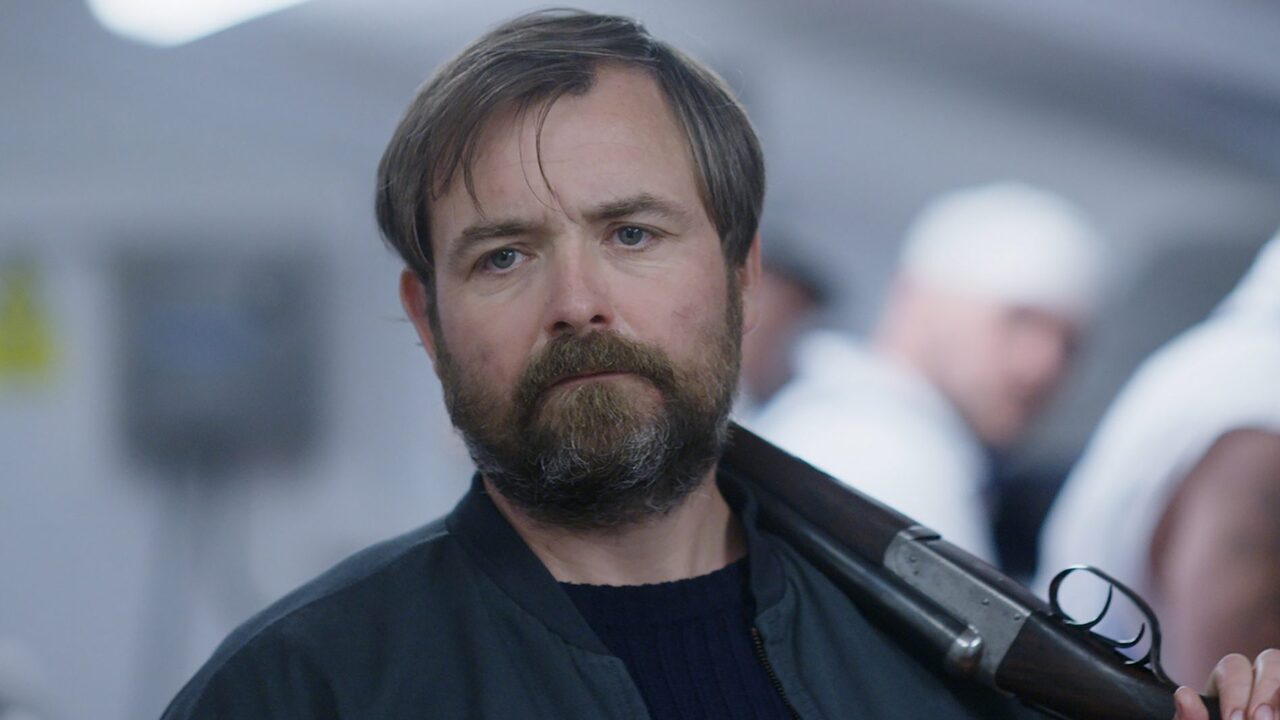 Revenge thriller that has earned actor Neil Maskell rave reviews. “Bull” follows a hit man who is forced to leave his retirement home after the disappearance of his son, cruelly breaking into the family of mafiosi of which he was a part and which played a big game in the past. Without any contemplation, he will avenge one by one, seeking redemption and peace in favor of the son from whom he was separated when he became a piece that was in the way for that clan accustomed to imposing its law. A tragic story of descent into hell with a lot of tortuosity, fire and blood, but due to its philosophical and Mephistophelian side, as well as the intensity it imprints, it goes beyond being a typical action product. Directed by Paul Andrew Williams, who participated in the acclaimed series “Dates” and “Broadchurch”, it is an hour and a half that captivates and disturbs.

Andrea Bagney’s first feature film has been distributed by Filmin and has already received the blessings of some international competitions such as the one in Rome. “Ramona” revolves around an aspiring actress who has recently arrived in the cradle of perroflautismo, the Madrid neighborhood of Lavapiés, and she has no good luck, nor does she get a job or live well with her squatter neighbors.

Christina Ricci stars in this film in which a woman flees with her son from her abusive ex-husband and takes refuge in a place where she will have to face something even more terrifying. Directed by Chris Sivertson, responsible for the delirious “I Know Who Killed Me” (2007).

“Inside the Field” by Matt Carter (Filmin) Direct premiere on platform

Homosexual drama set in the world of rugby that is the first feature film by Matt Carter, a seasoned director on British television. Two young players from a modest rugby club are having an affair and they have to keep it a secret because they have both taken it upon themselves to build a love life for others and they also want to avoid a scandal that affects the team.

Documentary filmmaker Aicha Macky returns to her hometown of Zinder, Niger, to try to understand the gang phenomenon that is wreaking havoc. To do this, she foregrounds the testimony of a young man immersed in that world.

French writer Annie Ernaux recently received the Nobel Prize for Literature in recognition of a work marked by foregrounding intimacy, especially her own. Coinciding with the festivities organized by the Swedish Academy, Filmin has premiered “The Super 8 Years” where the author of “The Event” narrates her story through her home recordings. A work that could be seen in the Directors’ Fortnight of the Cannes Film Festival 2022.

“If These Walls Could Sing” by Mary McCartney (Disney+)

Mary McCartney, by last name we will recognize the daughter of the legendary Beatle, has accessed the emblematic Abbey Road studio to take a tour of its history and its facilities on the 90th anniversary of its foundation.

We recently celebrated the 40th anniversary of the premiere of “Beehive” (1982), one of the most emblematic works of Spanish cinema filmed during the Transition years, and which adapts the top novel by Camilo José Cela, winner of the Nobel Prize for Literature in 1989. In “La colmena” the writer Born in Iria Flavia, he took an X-ray of Madrid society that was barely trying to survive after the end of the Spanish Civil War. It has one of those exemplary casts where different generations and interpretive schools converge.

“The Event” by Audrey Diwan (Movistar+)

A “The event” (2021) it was not difficult for her to become the great winner of the Venice Festival for exposing all the harshness of clandestine abortions. In “The Event” Annie Ernaux, a recent Nobel laureate, opened up on the channel to recount her experience. As a teenager, she became pregnant and refused to continue with the pregnancy because it was a burden for her to continue with her studies and she was aware that the practice of abortion was illegal in France at the beginning of the 1960s and that it was not he could not only put his life in danger but also go to prison.

The Canadian writer Alice Munro was awarded the Nobel Prize for Literature in 2013 and Pedro Almodóvar adapted “Juliet” (2016) three of his stories (“Destino”, “Soon” and “Silence”) that are compiled in his book “Escapada”. Julieta brings us closer to a woman who deals with the feeling of guilt and is punished for abandoning her daughter. A spectacular Emma Suárez took the Goya for best actress for embodying the leading lady in her mature version and the work carried out by Adriana Ugarte as her youthful counterpart should not be detracted from.

“My fair lady” (1964) is the musical based on the play “Pygmalion” by George Bernard Shaw and which in turn is inspired by the homonymous story by Ovid. Shaw, who won the Oscar for the film adaptation of “Pygmalion” in 1938, an award he refused to collect because he found it offensive that academics should expose him as a playwright at the time, was awarded the Nobel Prize in 1925. The film adaptation of the musical “My fair lady” (1964) is majestic on a scenic and interpretive level, for that you had a specialist in getting the best out of actors like George Cukor. Rex Harrison lived up to his fame as “the Rolls Royce of actors” and gave us one of the best performances in history by getting into the shoes of a stuffy linguist who sets himself the challenge of turning into a lady of high society. to a humble violettera and who can’t help but fall in love with her.

“The Pianist” by Michael Haneke (Filmin)

Michael Haneke left KO at the Cannes Film Festival when he presented to the contest “The pianist” (2001) based on the novel by the Austrian Elfriede Jelinek who was awarded the Nobel Prize for Literature in 2004. “The Pianist” won the Grand Jury Prize in that edition and the interpretive prizes for Benoît Magimel and a superlative Isabelle Huppert, in one of his Amazon interpretive demonstrations. The story revolves around a secretive piano teacher, castrated by her mother and who enters into a game of domination with one of her students.

Attack against Cristina Kirchner: the chronology from the assassination attempt to Alberto Fernández...
RMP on Minsa measures: “Do you realize how stupid these rules are?
Webb: Images from the deep universe that make you bow your knees to the Creator
Tweet
Share
Share
Pin
Other links: https://awardworld.net/resources/