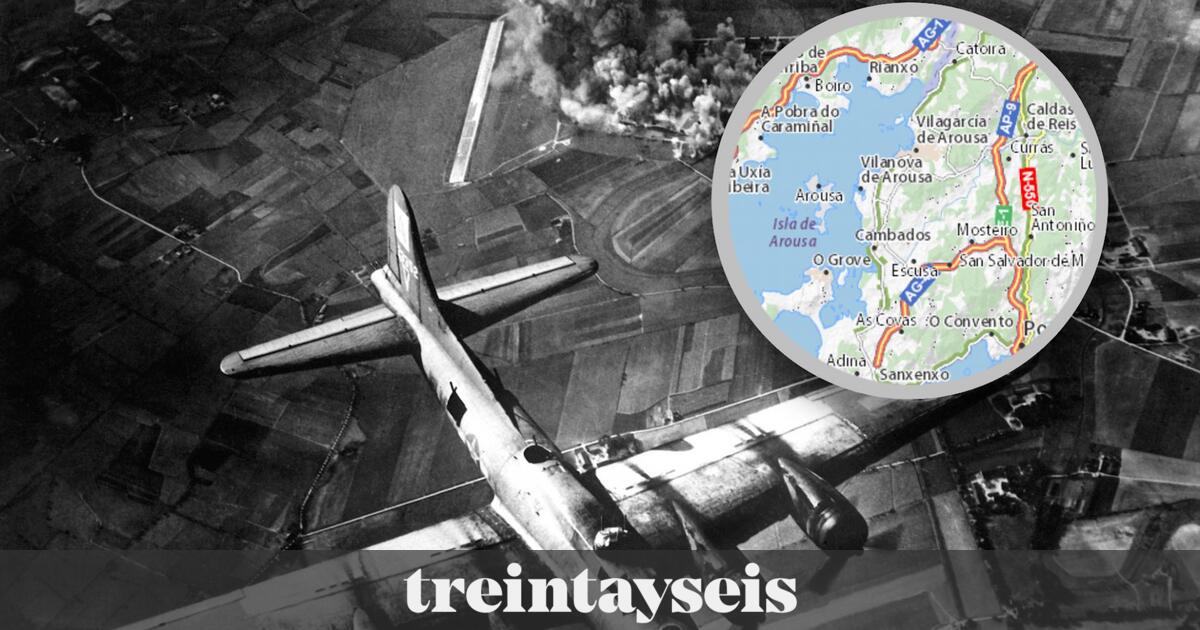 The life story of John C. Trulock ―who was called “Juan” from a young age― is another of the many chapters in the history of ties between Vilagarcía de Arousa and the United Kingdom; a story that has been written for more than two centuries. The visits of the Royal Navy to the Arousa estuary, between 1847 and 1936, or the arrival of the railway in Galicia under the management of the English company The West Galician Railway Companyleft one indelible mark at a social, cultural and economic level in this town in the Salnés region.

These relationships between the two geographical areas earned the people of Vilagarcia the nickname of “English”, for which they are still recognized today. At that time there were many English workers who were captivated by the charm of Galicia and its people, establishing their habitual residence in the Rías Baixas and giving rise to multiple intercultural marriages.

In that sense, the Trulocks were one of the most important families linked in some way to this town. Its head, John Trulock Glascott ―grandfather of the writer Camilo José Cela―, was manager of the train company and owner of the first railway line between Santiago de Compostela and Vilagarcía de Arousa. But where exactly does John Trulock fit into this family tree? He was one of the seven children of the businessman, pilot of the Royal Air Force (RAF) and British aviation hero during the war years.

trulock before World War I

As with many other characters in history, the chronicle of life and death that is known about Juan Trulock is drawn halfway between accurate data and fictitious experiences. What is known for sure is that the young Trulock spent much of his childhood and adolescence in Vilagarcía de Arousa. In fact, he was a student at Colegio León XIII, which had a large colony of English offspring at the school level.

In an article in Galicia Nueva ―first newspaper of the town― signed on February 24, 1908, the writer and journalist Manuel Lustres Rivas wrote a few lines in which he remembered his childhood friendgiving an account at the same time of the student-teacher relationships of said institute: “John was a raptor all innocence. He cried when Don Roque, the cantankerous and wise Physics professor, scolded him because he was stuck with a law of optics. He was distressed when the psychology lesson complicated his very simple concept of life and people “.

The young Trulock excelled from a very young age in all kinds of sports, so it was not surprising that in 1912 he came to enter as an assistant to the Board of Directors of the Club de Regatas based in Vilagarcia. This historic Galician club was founded in 1902, after absorbing an older entity known as “La Peña”, and was chaired by its father, Trulock Glascott. Just a few years later, Juan Trulock would see himself leaving for South America to take up a leading position on the Ferrocarril Central Argentinoand would no longer return to Europe until the outbreak of the First World War.

the hero of aviation

The destiny of the boy with English roots would be marked forever after his return from Argentina. During the war, he traveled to England and volunteered in the English ranks. Shortly after, he would train as an experienced aviator (Captain of Artillery and Pilot Aviator of the English Army) and would end up stationed in Flanders. In the year 1917, news reached the ears of the people of Vilagarcía that the local press would end up confirming: Jonh C. Trulock was declared a hero in England after shooting down several German planes in a single day. The chronicles of that time – written from the point of view of exaggeration and character aggrandizement – highlighted the pilot’s courage and daring in the face of Germany’s many aerial enemies.

At the end of the war, towards the end of 1918, Trulock would return to Iria Flavia with the eternal legacy of having become a hero of British aviation. However, that would not be the last memory of him as an RAF pilot, since tfter the start of World War II, the aviation legend would rejoin the combat ranks. According to several local and English newspapers, John Trulock Bertorini would have perished on September 1, 1938 as a result of injuries sustained in combat during the war.

About the last days of the life of the aviator John Trulock there are also certain discrepancies that Camilo José Cela himself, Nobel Prize for Literature and his nephew, came to elucidate in an article entitled “The inhabitants of the air”. In the report, published in October 1997 in number 667 of the Aeronautics and Astronautics Magazine, the Galician writer stated the following: “My uncle John Trulock, my mother’s older brother, was one of the thirteen founders of the RAF , of the English Royal Air Force, and was blinded in the war of 14, they shot him down over Holland and he was not killed but he was blind”.

The paragraph continued between family memories and anecdotes typical of the times: “John was a bit of the family hero and the mirror in which we all looked at ourselves. Some old Spanish aviators spoke to me fondly of John and told me that they had learned to fly with him. I think it was my friend General Vives Camino who complained to me that John had died in an accident in the waters off Gibraltar; I got it out of his mistake, which cost me some work because he didn’t believe me, but in the end I convinced him of what was true: that John had died in bed, in London and in 1937“. One way or another, and despite the uncertainties fueled by the passage of time, the memory of John C. Trulock as an aviation legend still lingers in the collective memory of Galicians and English people.

We wish to say thanks to the writer of this post for this incredible web content
History of “Juan” C. Trulock: the British aviation legend who was born in Vilagarcía