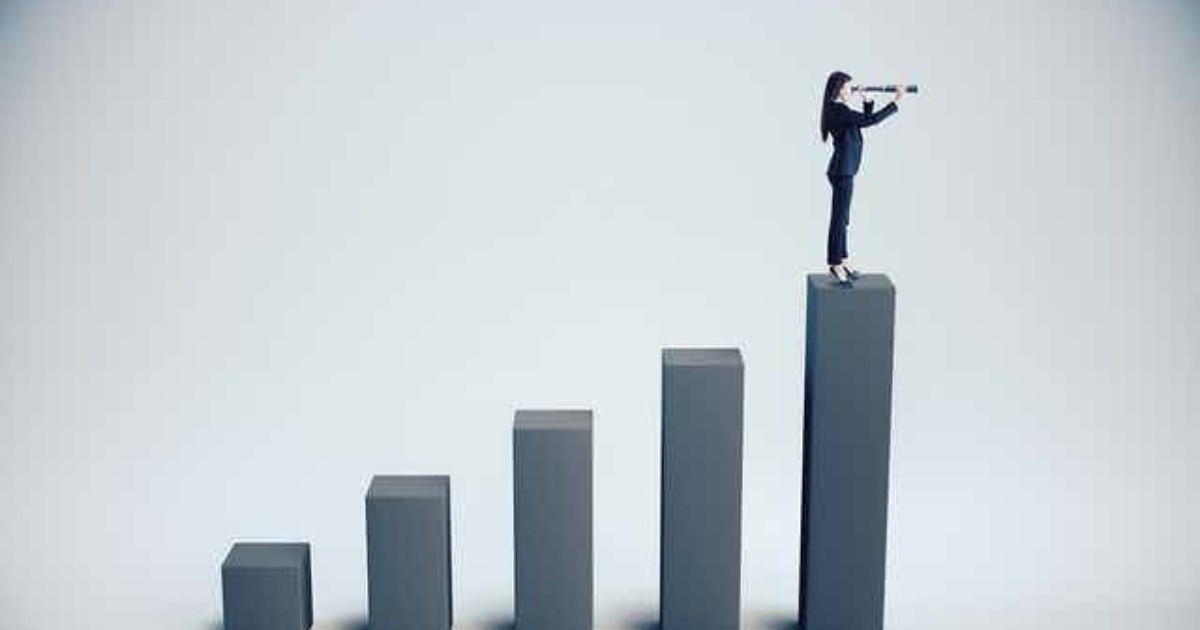 At the request of the US government, the economist Simon Kuznets (Nobel Prize in Economics in 1971) devised in the 30s of the last century an indicator that assigned a monetary value to the annual production of a country.

Thus, almost 90 years ago, Kuznets designed a system to measure the production of goods and services in countries, a system that has become the basis of economic accounting used by almost all states in the world.

This indicator is the GDP (Gross Domestic Product) and reflects, in monetary terms, the final goods and services produced in a territory during a given period of time. In this way, GDP has become in the last century a useful instrument to measure the capacity and health of economies.

How is economic activity measured in a country?

When production varies in an economy, the income of the members of that economy also varies and, as income varies, so does consumption. Therefore, we can measure GDP from three possible and equivalent approaches:

From a supply or production perspective

This perspective answers the question of “what final goods and services are produced in an economy and who produces them”. To answer, the added value that each company or economic agent contributes to the final product or service that is put on the market is added.

From an income perspective

In this case, it responds to “who receives the income generated as a result of all this production.” To calculate the GDP according to this method, the income and rents received by all the agents of an economy in the form of salaries, rents, interest on lending money and surplus profits that are left to the companies after paying all their costs are added up.

From a demand or spending perspective

In Spain, the INE is in charge of measuring GDP through the National Accounts Accounts. Due to its seasonality, the INE publishes GDP data on a quarterly and annual basis. In this way, it is possible to compare the GDP of a quarter with respect to the previous quarter and also check its annual variations, comparing each quarter with the same quarter of the previous year.

For an economy to be considered to have entered a recession, it is necessary for there to be a drop in GDP for two consecutive quarters.

The INE published on January 28, 2022 advance data of the production of final goods and services in Spain during the fourth quarter of 2021. According to this information, the Spanish economy grew by 2% compared to the previous quarter and by 5% year-on-year. This data has meant a downward correction of the Government forecast of a growth of 6.5% for 2021.

GDP and people’s quality of life

A fundamental reason why it is important to study the growth of a country is to know the standard of living of the people who live in it. When it comes to comparing the wealth of countries, the most used variable is production, income or consumption per person, or GDP per capita.

“The welfare of a nation can hardly be inferred from the measurement of its economic income.”

Despite all the criticism of GDP for its limitations, countries continue to use it as a primary indicator of good economic performance. Politicians, financiers and even social agents use GDP growth/decrease as an indicator of the effects of their decision-making.

the economist kate raworth points out:

“It seems that the 20th century has bequeathed us economies that need to grow, regardless of whether they make us progress or not…”.

But how far does the growth go? To what extent is the increase in personal income a motivation to produce more and more? Already the classical economists adam smith Y David Richard they sensed that all economies would reach a stationary state which would end up leading to a situation of zero growth. And if these economists were right: Where on the growth curve is each economy?

HDI, another alternative to measure the well-being of countries

Since 1990 the United Nations Development Program (UNDP) publishes annually the Human development Index. This index was proposed by the Pakistani economist Mahbub ul Haq (1934-1998) and, since its creation, it has become the reference indicator of the development and well-being of countries.

What is the HDI and what does it purport to measure?

The HDI is defined as a complex index and aims to measure the development of a society beyond its economic dimension. To do this, three factors are taken into account in its calculation:

To measure each factor, an index is composed for each country, whose value ranges between 0 (if the country’s situation is the worst possible situation) and 1 (if the country’s situation is close to the optimal measure). In the end, there will be three indices for each country, each of which measures health, education and the average standard of living respectively. The HDI of each country is the cube root of the product of these three indices. The closer the value of that index is to 1, the more development it will have.

The HDI in the world

The latest report published by the United Nations Development Program (in december 2020) offers the data referring to 2019 of the HDI of 189 countries. Countries are classified into four broad categories:

According to this report, Spain has a very high level of development and ranks 25th among the countries with the highest HDI.

One of the most important criticisms of this index has referred to the absence of inequality in its definition, which has caused an HDI adjusted for inequality to be published since 2010. Nor does the HDI refer to the efficient use of environmental or energy resources in an economy. Finally, by including GDP per capita in its calculation, all the limitations of this measure are implicit.

The following table shows the 10 countries with the highest inequality-adjusted HDI (HDI-D) in the world according to the 2020 report, together with the latest inequality data (Gini index) published by each one and their GDP per capita. In addition, the same data is included for Spain.

Despite its limitations, the usefulness of GDP as a financial index and political measurement tool makes it too attractive a tool to be left behind. Therefore, it does not seem that it will stop being used in the near future.

However, it is important to draw attention to the fact that GDP, as designed, cannot be used as a sole measurement tool and other measures are needed. Its use must be accompanied by other measures such as the HDI, the Gini Index or even delve into the products and services that make up the GDP of each country and the degree of efficiency in the use of natural, environmental and human resources that are used. to achieve them, in order to achieve a more complete vision of the real state of the economies and, above all, how this affects the present and future well-being of its citizens.

This article was originally published on The Conversation. read the original.

How to measure the development of countries beyond economic growth