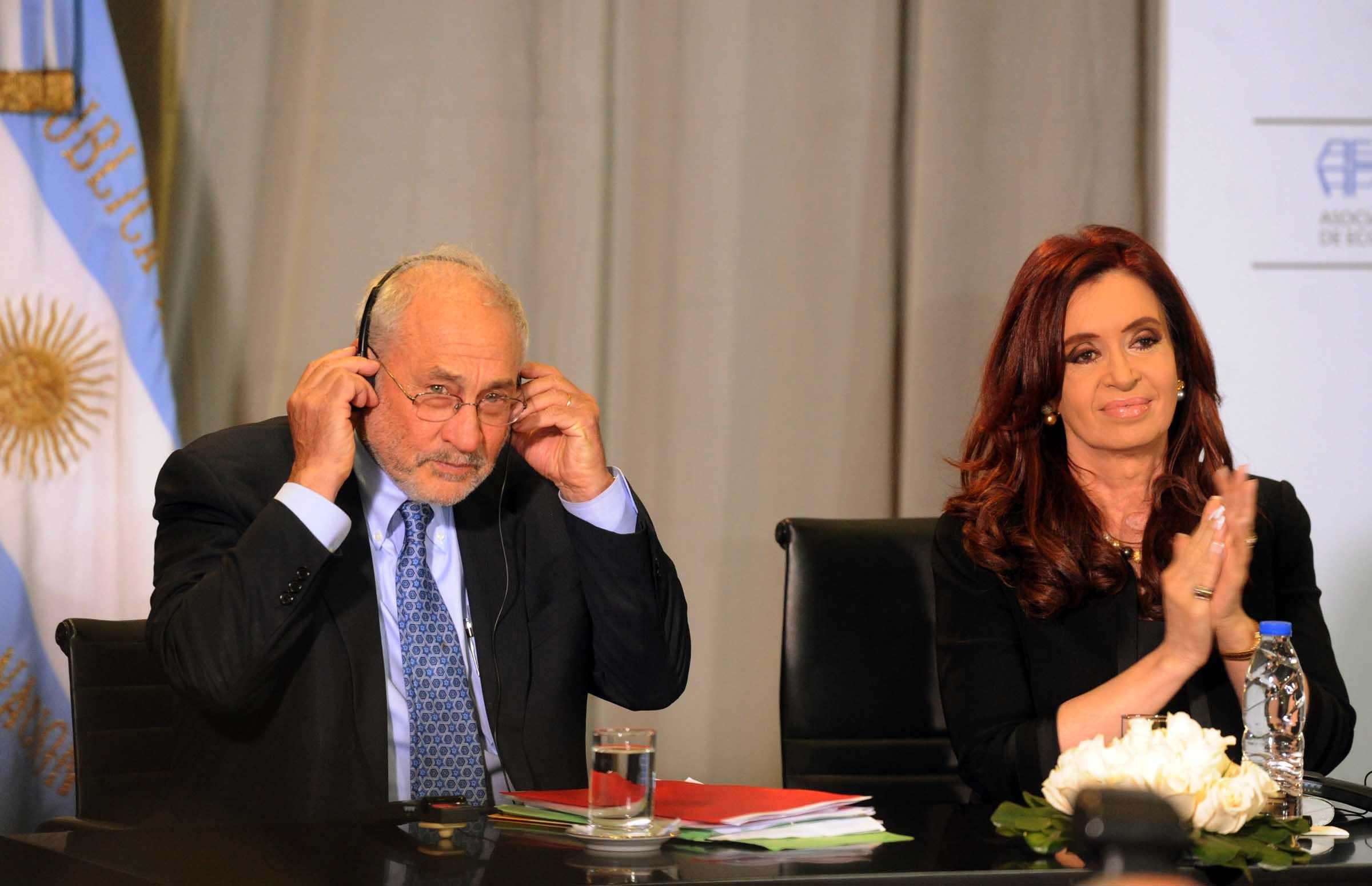 ??Courage is always better, hope is never in vain?? (??Milonga for Jacinto Chiclana??, Jorge Luis Borges). Courage is the “impetuous decision and effort of the soul, courage”. Hope is the ??state of mind in which what we want is presented to us as possible?? (RAE, 1925).

A quick look at our leadership shows that they do not know such a thing as what we as a country “want”; and neither does it reveal the capacity for ??exertion of spirit?? to find out.

Will there be a search for ??the possible?? and an air of ??impetuous decision???

A national economic note reminds us that Joseph Stiglitz is not the only one who announced miracles at the request of a friend. A miracle?? no one has been denied.

You know the ending: during the Martínez de Hoz years there was talk of the ??miracle?? (dollars came in); with the ??Cavallazo?? (few remember it) someone, in the bank corridors, shouted ??miracle??; with the Austral Plan, miracle!, with more enthusiasm; More here with the Bonex Plan (Superman González) someone shouted it and the apotheosis was with the convertibility: Miracle!

Discovered the farce and in the collapse, came the exit in ??V?? by Eduardo Duhalde. Once again a miracle extended to Néstor and, finally, the Mauricio Letters festival, a miracle!

All those ??miracles?? they were just dead cat bounces, ephemeral stability based on favorable winds that an expert sailor would have used to advance north and not to turn around as it finally happened. Today the GDP per capita is, more or less, that of 1974.

all the miracles they ended with growth of the external debt or a climate of default. With all of them, poverty did not fall below the 25% floor, multiplying by 6 the rate prior to the ??miracles?? when the economy was just normal.

I understand the ??terror?? to miracles, but the illustrious Nobel Laureate dispenses gifts to himself through his disciples. In Argentina he plays by ear.

The miracle?? What we hope for is not in the situation, not in the spectacular engineering that has collapsed, leaving us worse off than before.

The miracle we are betting on is the awakening of politics as the design of the concrete historical ideal. We’re far away. But nothing is impossible.

the miracle would be think of a course, a strategy, articulate a plan. What is ??the normal?? for all countries that seek their development and progress. That which we have not had for 46 years and that has made the country entangled, administration after administration, in the tangle of decadence: long-term stagflation, social collapse, educational leap backwards, institutional weakness and electoral democracy submitted to the government of active minorities.

The miracle we are betting on is the awakening of politics as the design of the concrete historical ideal. We’re far away. But nothing is impossible.

In the current collective state of mind, it is unthinkable to escape from the chatura, the low flight, from the public debates that are those to which ordinary people have access.

Perhaps, although I seriously doubt it, in private, these men and women, those who have public responsibilities and those who aspire to have them, invest hours and hours in investigating the real needs of the Homeland, in analyzing the method to make them possible. , in gathering courage and with those values ​​to convene a great transforming epic tomorrow. To be honest, none of the usual public interventions, those from all sides of the crack, reveal that, behind the devastating speeches about the adversary, there is a hint of thought, of depth, that reveals that an idea capable of generating courage and hope that, as don Jorge Luis sang, in that milonga, are the things proper to a ??complete man, and with a restrained soul??. No this.

Today’s leaders are far from that letter.

A little look at the main actors indicates it. No intention of offending those mentioned, but to put things in their place. Let’s see.

Juan Domingo Perón, in silence, in those first grudge-cultivating presidencies, had the intelligence, the generosity, the look towards the future, to make it possible for the father of Martha Argerich, today the most acclaimed pianist in the world, gorilla of the time, could take her daughter to train with the greatest European music educator. Without that decision, a small but transformative matter, Martha probably would not have been the performer that she is. It is born. But it forms.

Cristina Fernández de Kirchner, in those negotiations of grudges that she cannot abandon because they feed her nature, he used the pedagogy time of every public man and woman when he goes on stage, to praise L-Ghent with the wrong information that his talent had been awakened thanks to the distribution of computers from ??Connect Equality??. The same rapper (or whatever his name is) was in charge of denying it: he had not received it. Usual wrong self-assignment of gold Rolex merit and suburban language.

colossal distance. Those little things that anticipate others.

For example, although it has been forgotten because, when one witnesses a collapse, the first stones are forgotten, Cristina K, presiding over the Senate, opened a session without having achieved a quorum in the regulatory time.

The same conducted the session and sanctioned a law that reformed the one that the Senate, with a previous Kirchnerist majority, had dictated and that the Chamber of Deputies had modified, by one vote.

The norm had the merit of increasing collection and the demerit of modifying the tax laws, not as a consequence of the parliamentary debate but to the pineapples as revealed by meeting without having achieved, in a timely manner, the quorum.

Those are little stones of a landslide, as are also the ??mindless metaphors?? of the former Minister of Labor of María Eugenia Vidal and whose name I prefer to forget.

The same one who introduced himself as ??I am the minister?? in a meeting presided over by a trio of spies that he attended in a disciplined manner, without realizing that his was the highest institutional hierarchy of those who were sitting there. Who summoned them? Who was spying on them? What were they hiding? Inept at everything.

Martha shone in the world, L-Gante will surely make a career for itself and thanks to Vidal’s team, Pata Medina -yes, the Pata who for years has fought to take away Perón’s coffin- has become the victim heroic of the official channels. Victim: trade unionist worth 11 green sticks!

All this happened and is happening regardless of the crisis with the IMF.

They are parallel stories: that of ??the minor politics of television provocateurs on both screens?? on one track and the IMF on the other.

Another of these paths is that traveled by Luis D’Elía, a pro-Iranian militant, launched to take the Court by storm, to build an epic of Assembly Justice typical of these unborn, sick democracies, governed by active and militant minorities. .

Above Luisito, accustomed to “taking justice” By his own hand, there is Judge Ramos Padilla, the first convener and ??bingo??! Cristina herself, whose judicial spokeswoman, Graciela Peñafort, called for the march with ??well-founded files that, in Cristina’s ideology, change into reasons??.

What is the President disguising himself as when he supports a call to ??bring down the Court???

Close to the Carnival, which I imagine without Corsicans, Alberto Fernández, who had defended the appointment of the two judges proposed by Mauricio Macri and voted for by the Kirchen majority in the Senate, discovered, with that pretended air of a law professor at the UBA, that he did not it is, that not only the two judges proposed by Macri but those chosen by Néstor and Cristina, are “a piece of paper.”

What is the President disguising himself as when he supports a call to ??bring down the Court???

In this coven parallel to the negotiations with the IMF, which at this point are those of our relationship with the world, things happen, I won’t say surprising, but they are annoying, like a succession of officials doing ??Catalan dick? to the leaders of the G20 to which we belong.

For example, The Government, which condemned the actions of the new president of Nicaragua for the fifth time, attended the assumption of command together with an Iranian leader that Argentina, as a State, accuses of having participated in the AMIA attack and calls for his international capture. Our Ambassador in that country, whose merit is being the brother of a governor, but without many diplomatic mints, attended undaunted.

Meanwhile Jorge Argüello, ambassador to the US, swears and perjures Alberto’s adherence -his friend- to the capitalist West (there is no other).

Luisito’s skirmish (remember when he took over the La Boca police station and from then on the permanence of a Nestor minister was complicated?) can reach the steps of the Palace of Courts and will appear in all the portals of the planet.

Doing politics is having ideas, not accumulating critical comments. Stop her. Have the courage to think and generate hope. Or find another job. Officials and opponents.

As Cristina already met without a quorum and nothing happened, from then on everything is possible in this vineyard with little respect for regulations and institutions: always on the shoulder to get ahead of the line.

Notice the turns of life. “Courage is always better.” This Borgian line is pedagogical for the four courtiers. Already the Head of the new SIDE (she changes her hair but not her tricks) took a photo with Luisito giving him documentation to investigate (¿?). Put your imagination and let’s see.

My question is, to so many noble and intelligent people who accompany the President, what are you going to do? Because what they say is unfortunate. Words are blown away, actions are not.

My question is, to so many noble and intelligent people who militate in the opposition, what do you propose, concretely, beyond the eternal and empty ??you have to?? of the economists on TV? When do they design the how and count the consequences? When do they expose the Plan that they ask of those who do not have it? When will they recognize the mess they left, right, from the mess they inherited?

Doing politics is having ideas, not accumulating critical comments. Stop her. Have the courage to think and generate hope. Or find another job. Officials and opponents.

I agree with Christina on that.

I agree with Christina