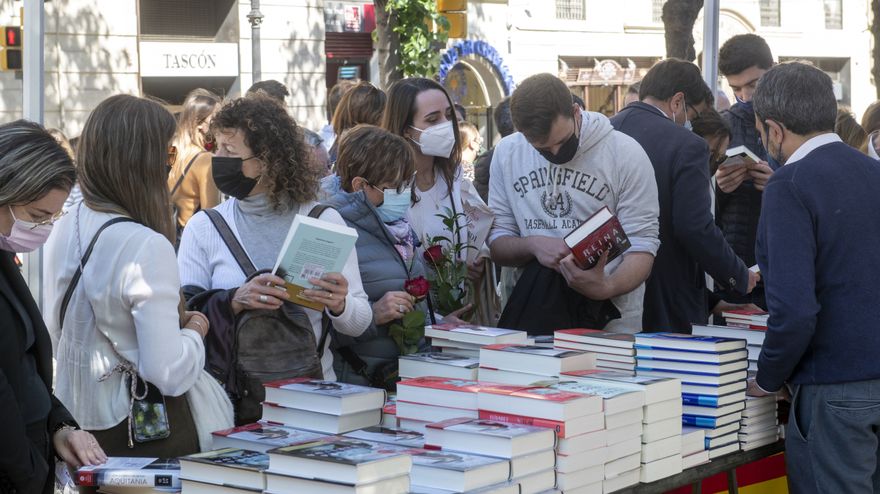 Everything indicates that Sant Jordi will be what it was this 2022. Or, possibly, even better than it was, based on the figures for book purchases and reading, which have increased significantly with the pandemic. That is why the city council, in charge of organizing the ‘dyad’ together with the Gremi de Llibreters and the Gremi d’Editors, prepares an intense program of activities collecting most of the traditions that the pandemic had prevented. The Catalan writer Imma Monsó will be in charge of making the proclamation of this year’s reading.

Already established, as announced last February, that the axis where the most significant book stalls will be located will be Passeig de Gràcia, around which the Town Hall has created a car-free ‘superilla’ reserved for booksellers, florists and walkers located between Diagonal and Gran Via, from north to south, and between Pau Claris and Balmes, from east to west.

Monsó’s leading role in the 2022 proclamation may be read by some as a response to Pol Guasch’s complaints last year at the start of the day, when he lamented, in the presence of the Zaragozan and herald of 2021 Irene Vallejo, the non-participation of Catalan voices in the proclamation, forgetting Albert Sánchez Piñol, Raimon, Josep Maria Castellet, Martí de Roquer or Emili Teixidor, who were town criers at the time.

Also in the news is the recovery of the Diàlegs de Sant Jordi that will be held from April 19 to 21 at the El Clot-Josep-Benet Library of Barcelona, ​​the Disseny Hub Barcelona auditorium and the CCCB, which will celebrate 100 years of PEN Català , in defense of the freedom of expression of authors, with the presence of the president of International PEN Burhan Sonmez. But, without a doubt, the author who will outshine the meetings will be the Nobel Prize winner Orhan Pamuk, who will speak about his latest novel, the monumental ‘The Nights of the Plague’ (‘Nits de pesta’, in Catalan).

Pamuk’s presence is an indication of the return of the great international figures to the book festival. Among these will also be the Russian Maxim Ósipov, an author highly critical of Putin, who already visited Barcelona this winter shortly before the invasion of Ukraine began, and the celebrated Norwegian crime novelist Jo Nesbo. Agustin Fernández Mallo, Eva Baltasar, Laura Gost, Marta Carnicero, David Trueba, Juan Tallón, Santiago Auserón, Nuria Bendicho, Pedro Olalla and Blanca Llum Vidal will be the participants in the dialogues.

for the little ones

Another of the traditional acts that returns with the end of the pandemic is the Món Llibre children’s literary festival, which will take place on April 2 and 3 at the CCCB. Where 14 live interviews with authors of children’s and youth literature will be held.

The presentation of these activities has taken place in the new Gabriel Garcia Marquez Library, which will open next May in the Sant Martí neighbourhood. It will be the third largest library in the Barcelona library network and will be specialized in Latin American literature. In fact, next June 17 and 18, the KM America, a new festival that will feature the presence of many of the authors of this thriving literature. Another of the library’s interests is the comic area, where a space will be dedicated to the father of Mortadelo and Filemón, Francisco Ibáñez, a resident of Sant Martí.