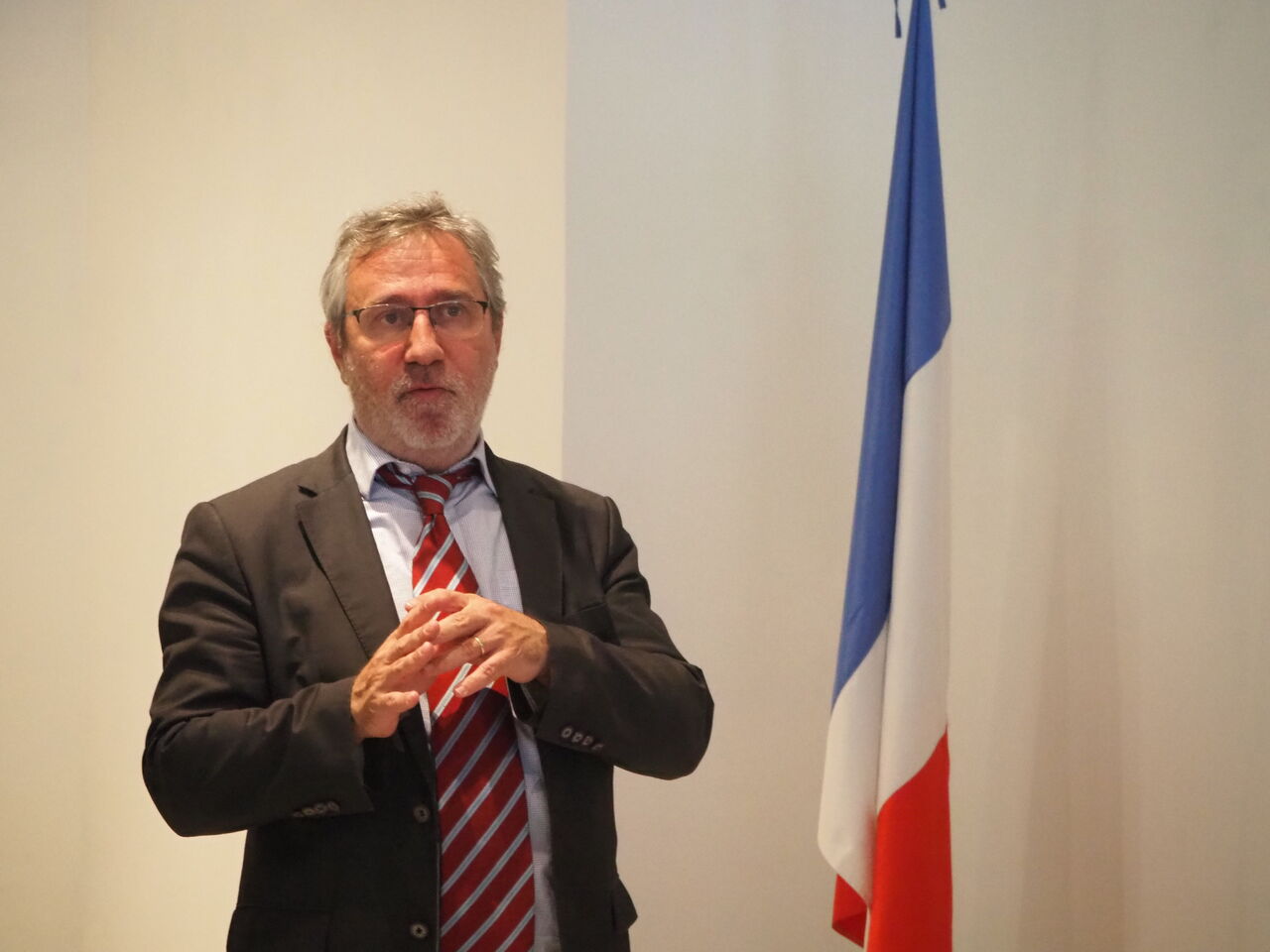 “We are two countries with many relationships in all areas,” says the French consul in Monterrey, Guillaume Pierre before giving a brief talk at the facilities of the French Alliance in Torreón.

The consul visited the city for reasons related to the economy, although he also visited some cultural venues such as the Isauro Martínez Theater (TIM) and the Casa del Cerro Museum. Before the recorder, he spoke about the inauguration of the Consulate General of France in Monterrey, which took place last October. In addition to Nuevo Leonthis body also has jurisdiction in Coahuila and Tamaulipas.

“Our roadmap is to develop relations between Mexico and France in the Northeast, in everything: in the economy, bring more companies and more investment; in universities, with the exchange of students and professors; with french language, because here there are many people who learn the French language and we want to expand new workshops, trainings and, also, because when we talk about France we talk about culture and in the cultural sector we want to bring artists, events, shows and French cinema to show the public”.

The influence of France in Mexico is latent. A few months ago, the main cultural institutions in the country celebrated the 400th anniversary of Mollière’s birth; Simone de Beauvoir’s ideas continue to be a pillar for the feminist ideology; works like Les Miserables victor hugo, The Flowers of Evil by Charles Baudelaire or In Search of Lost Time by Marcel Proust, refuse to lose relevance among readers. Even more contemporary authors like Pascal Quignard are being translated by Mexican publishers. Added to this is the tradition of impressionist painters such as Claude Monet, the nouvelle vague of filmmakers such as Jean-Luc Godard and the exercise in thought of Voltaire, Jean Jacques Rousseau or the existentialism of Jean-Paul Sartre.

“There are two things: we are lucky to have a great cultural history in France: Mollière, it was also the 100 years of Proust, Voltaire, Rousseau, painters like the Impressionists, musicians like Lully, Ravel and Debussy and others. We have this very strong cultural history and also today we have a strong cultural creation with writers like Le Clézio, Nobel Prize winner (2008), who writes about Mexico and is very interested in Mexican culture. We also have world famous musicians like Daft Punk. What we want is to show the two sides of this culture: an old, established culture and also a permanent cultural creation that continues”.

France has also been an attractive country for Mexican artists and thinkers, who were especially interested in Paris, its capital. That city was loved by Carlos Fuentes, Octavio Paz and Francisco Toledo. There, important composers such as Julio Estrada and Mario Lavista came to take classes with the legendary teacher Nadia Boulanger. Paris was also the place where, in the eighties, the Greek composer Iannis Xenakis tested his UPIC (a machine capable of translating lines and drawings into sound) and among those selected to handle it was the lagoon composer Antonio Russek.

Guillaume Pierre knows that there is no better way to understand a culture than by teaching its language. After English, the French is the third most learned foreign language in Latin America. And after the United States and Spain, France is also the third country preferred by Mexican students to go on an exchange.

In France we have a strong cultural creation: Guillaume Pierre, Consul General in Monterrey