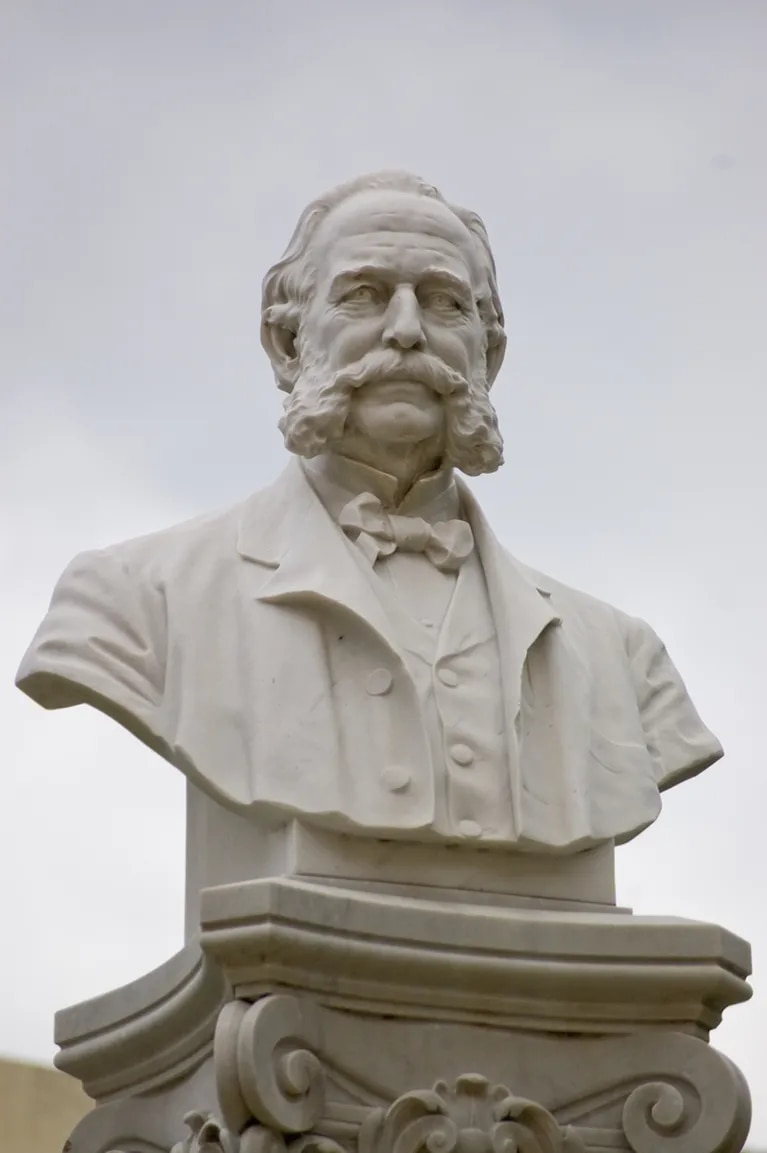 In Cuba, there is a street, a park, a museum and an award named after carlos finlay. But the most important thing is that every December 3rd throughout America the Doctor’s Day in his memory. What contribution did Finlay make to stay in history? He investigated the origin of yellow fever and discovered a mosquito as a transmitter of the disease.

His full name was Carlos Juan Finlay y Barres, was born on December 3, 1833 in Camagüey and died on August 19, 1915 in Havana, at the age of 81. In recognition of his work, the Pan American Medical Confederation established Doctor’s Day in 1953 on his birth date and Argentina adhered to that celebration in 1956 at the initiative of the Medical College of Córdoba, made official by a government decree. .

In 1881, Finlay had presented his hypothesis on the yellow fever in front of the International Sanitary Conference. His studies determined that if a mosquito bit a sick person and later also bit a healthy person, it transmitted yellow fever. The following year, he was able to identify the Aedes mosquito as the organism responsible for the contagion. His theory followed with recommendations for the control of the mosquito population and in this way a brake on the spread of the disease was achieved. But it didn’t happen overnight.

Yellow fever had attacked different cities around the world. Buenos Aires had suffered it in 1871. At that time, it had also caused a disaster during the construction of the Panama Canal, causing the death of 30,000 workers, the bankruptcy of the construction company and a delay in the project deadlines. Then the Americans took over the Canal and summoned Medical Colonel Walter Reed to determine the source of the disease.

Reed had worked until 1893 in the Far West with the Apaches. In 1899, he was sent to Cuba, where he met Finlay, learned about yellow fever, and saw how serious it was in person. The Cuban doctor had begun his clinical studies in 1865. In 1901, just two decades after the presentation of the hypothesis, Reed held a meeting and confirmed Finlay’s work. It was the initial kick to eradicate the disease from the Caribbean.

On that basis, Reed dove right in, running experiments at Camp Lazear. Several colleagues volunteered to be bitten by the mosquito. Some had no consequences and others died from the disease. The medical colonel always credited Finlay with the discovery of the transmitter of the yellow fever. At the time it was considered the most important step forward in medical science since vaccination against smallpox.

The life of Dr. Finlay

carlos finlay He was the son of an English doctor resident in Cuba. At the age of 11, he was sent to study in Le Havre (France). At 13 he returned to Cuba due to illness, but returned to Europe in 1848 to complete his education, he spent two years in London and studied in Rouen. In 1851, he suffered from typhoid fever and returned to his native country. Since the University of Havana did not recognize his academic studies in Europe, he undertook a trip to the United States and enrolled at Jefferson Medical College in Philadelphia.

In that city, he met John Kearsley Mitchell, who proposed the germ theory of yellow fever and gave him the initial impetus for his landmark research. The Cuban graduated in 1855, in 1857 he began an ophthalmology practice in Havana and in 1860 he continued his studies in Paris for a year. After Reed’s confirmation, he was appointed head of the Cuban Health Office. He was also nominated seven times for the Nobel Prize in Medicine. And every December 3 is celebrated the Doctor’s Day in his honor.

International Doctor’s Day: why it is celebrated on December 3 and what is the origin of this date