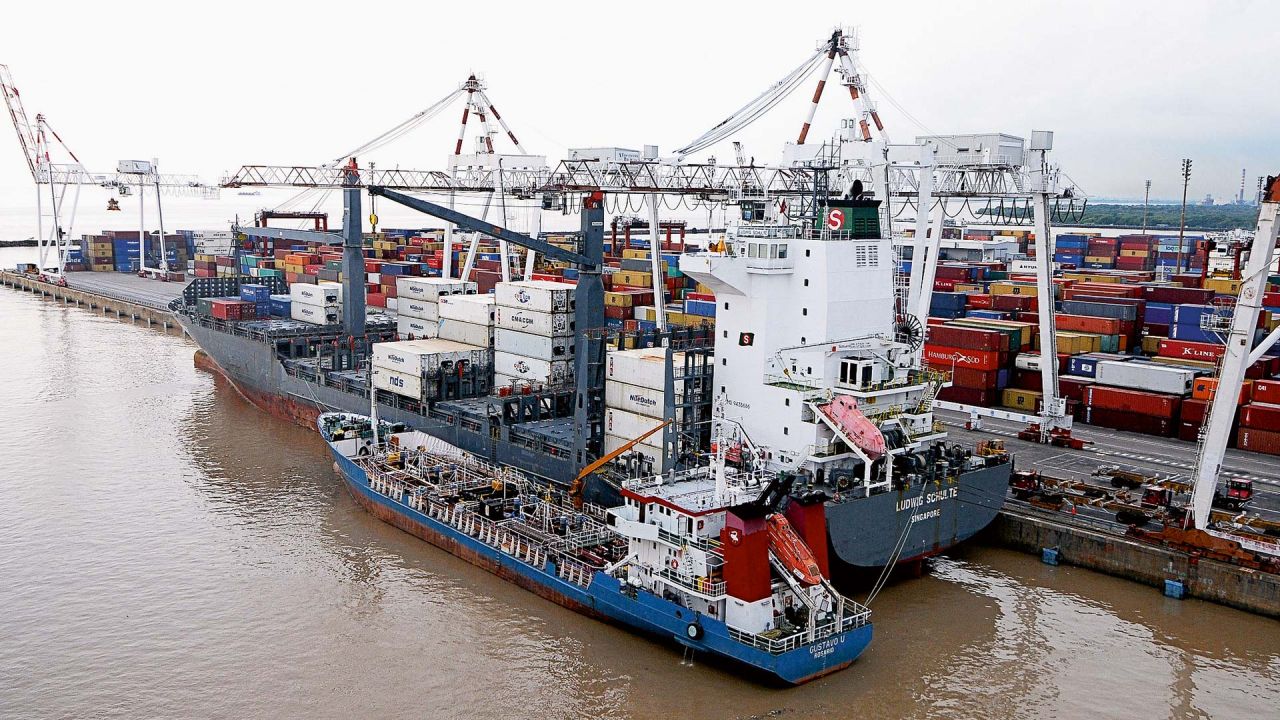 The Argentine economy has long since abandoned normality. Since the ironic prediction of the Nobel Prize in Economics Paul Samuelson that there were four types of countries: developed, underdeveloped, Japan and Argentina. Of course, it was born oriental, at that time it was synonymous with an economic miracle and our country with a rare conjunction of singularities that resulted in chronic stagnation. But the world lost its shape after the pandemic and has not yet found a stable equilibrium. As a symbol of widespread economic instability, inflation reappeared to signal concern. Has the world stage been argentinized?

Landing. Projecting all this uncertainty to Argentina, Fernando Marengo, chief economist of Arriazu Macroanalysts, argues that it must be borne in mind that the country is already outside the capital markets, with which any impact would occur through the price of raw materials or that occurs with economic activity of the main trading partners. In his opinion, what happens with the Federal Reserve (Fed), the analogue of our Central Bank, is central, it envisions two scenarios:

1.The Fed takes preventive measures and there is no inflation. In this way the federal reserve stops buying assets (in this way it stops injecting liquidity) and eventually later the interest rate rises. The impact on commodities would be relatively low, while trading partner activity would grow again.

2. The Fed does not take precautionary measures, inflation is consolidating and has to take measures to lower it. This would imply more severe measures to raise interest rates and affect the economic activity of trading partners. The rise in rates could generate an appreciation of the dollar and a fall in the price of commodities.

Which scenario will prevail? Doubts, but for Argentina it is clear that the second would have a devastating effect.

Causes and effects. The differences between what happens in the developed world and what happens in our country are many and not only in the magnitude of the phenomena: while here the alarms sound when inflation rises to 4% per month, there they do when it goes above that percentage throughout the year. In September, the consumer price index (CPI) of the United States was 5.4% year-on-yearl (against September last year). Also in Spain, the CPI reached 5.3% for the same period, after a decade of being around 0 or even showing annual deflation.

The explanations point to the uneven behavior of the sectors in the face of the exit from the pandemic crisis, supported by an unprecedented monetary issue (both in dollars and euros). Even analyzing the various items, we find a lot of difference in the values ​​that attract attention. Food is at the top of the ranking, with the exception of transport prices, which almost tripled the general index. In the case of food, last year’s boom in commodity prices weighs heavily, and it seems to be looking for a floor to sustain a price band that responds to sustained demand over time.. The continuous growth of the Chinese demand for protein pushed up, already last year, the prices of all primary products, especially corn, soybeans and meat (especially beef). Without touching the values ​​of the food “bubble” of this you will see, the projections for 2022 indicate that there are no reasons for current prices to be modified. Excellent news for the countries, which, like Argentina, thanks to this bullish fever, was able to counteract a regular climatic year: agricultural exports were not at the ceiling in quantity, but the total value of what was shipped reached almost US $ 13,000 million.

The inflator behind these prices is, without a doubt, the very strong recovery of the Chinese economy after its short pandemic. They are a quarter ahead of the rest of the world and For this reason, for the first quarter of this year, it had recovered 18.5% compared to the same period of the previous year, while, in the United States, the indicator showed a rise of 13% only in the second quarter of 2021 against 2020. “There is no stagflation here, as in the ’70s, because this year, the world economy would grow between 8 and 9% of GDP. Inflation in this context is a radically different phenomenon ”, concludes the analyst. Jorge Castro, president of the IInstitute of Strategic Planning.

Sea chaos. The other blow to this blackout and resurrection of the Chinese economy in less than a year was the imbalance it produced in the flow of maritime goods. China concentrates 40% of world traffic and the other countries of Southeast Asia, another 31%: that is, 7 out of 10 items transported have ports in those latitudes as their origin or destination. The mess was such that there are shortages of parts in the production chains of the automotive sector, that of computer science and household appliances (due to chips) or in something as simple as the bicycle industry all over the world. “Freight prices hit a record for China and North American Pacific ports are experiencing phenomenal overcrowding and the price of freight per container is the highest in decades“Adds Castro. Duplicate and even tripled values, difficulty in obtaining erratic spaces and deadlines; they complicate the clockwork of the world production system.

Another important element is the recomposition of energy prices in the last year. From the depressed values ​​due to the pandemic paralysis, the gradual reestablishment of the productive circuits raised demand and the barrel is already trading at more than double the previous year. Good news for local investments in the sector, but bad news for the treasury due to the weak price scheme since “are around 30-35% below international prices and in a scenario of high prices, paradoxically, it could reduce investments in the country since capital will prefer to go to countries with higher prices, as is the case in all of the countries except Argentina and Venezuela”, Argues the specialist Daniel gerold, title of G&G Energy Consultants, in a recent report, highly valued in the sector.

The green swan. Finally, to add a disturbing element, the COP 26 summit on the environment in Glasgow goes much further than introducing more difficulties. “There is a before and after this summit to trace the new configuration of the world economic system,” he explains. Martin Fraguio, director of Carbon Group. The central concepts discussed there are linked to comprehensive financial risk, which includes environmental aspects, inducing companies to report their own climate risk and the formalization of carbon market mechanisms. “New value chains and rules will emerge to invest in this paradigm with billionaire funds to finance this transition “he adds.

Altered scenario, but not necessarily pessimistic. Suitable for Argentines.