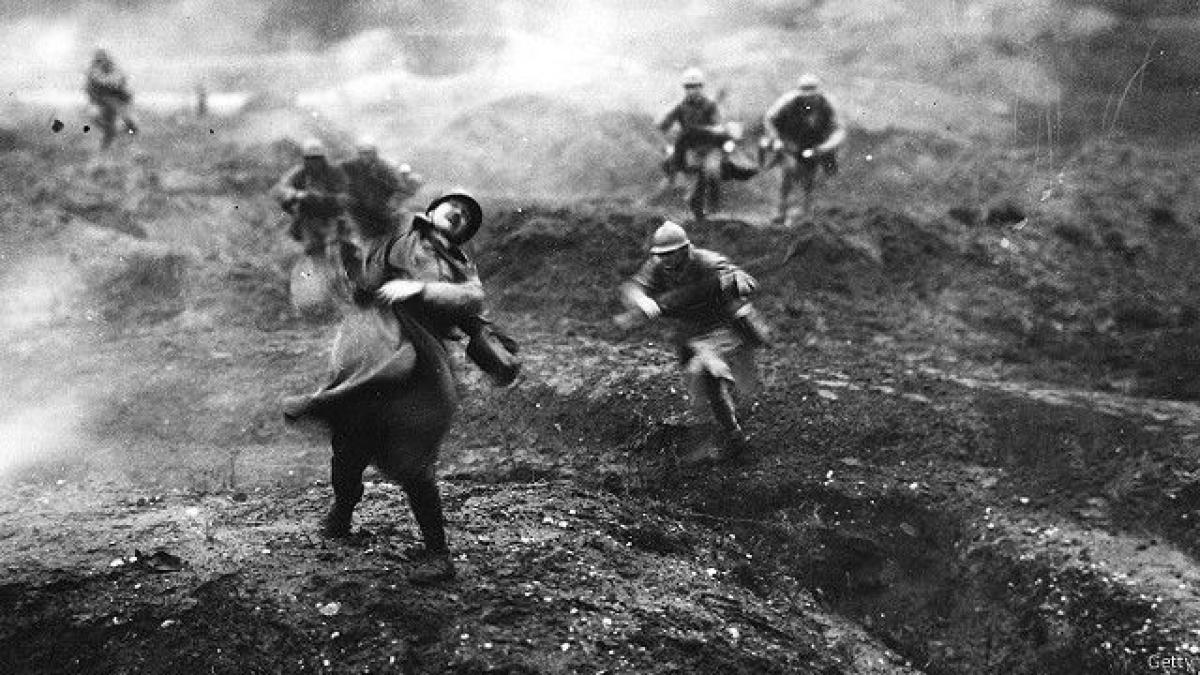 * The author is part of the community of readers of La Vanguardia.

The face of Bertha von Suttner, the tireless fighter for world peace, appears on the Austrian 2 euro coin. Is peace undervalued?

It happened a few months before the outbreak of World War I in 1914 and it was through the streets of Vienna. She, Bertha von Suttner, the first woman to win the Nobel Peace Prize for her novel down with gunson December 10, 1905, he was beside himself, shouting:

“They have done it again. They have prepared everything in secret. Why don’t you young people do something? Don’t allow it and get together, the war machine is already in motion.”

Bertha was born in 1843, in a family belonging to the high nobility of Bohemia / Austria come to less. She and she will be forced to work as a governess in a family of high Austrian nobility.

She falls in love with the eldest son – one of her students and 7 years younger than her. As a consequence, she loses her job and, looking for work, she answers an advertisement, as secretary of the Swedish billionaire Alfred Nobel in his office in Paris. She is hired, but only for 2 weeks.

She returns to Austria to finally marry her young fiancé, Baron von Suttner, and they move to Georgia for a short time.

After her return to Vienna, she begins her career as a writer, and the friendship of the young couple with Alfred Nobel is strengthened.

In 1889, Berta published her first novel –anti-war– down with weapons, which will soon become a true best-seller.

After his success as a literary pacifist, he created a political foundation, with his own magazine down with guns, which has considerable success. And in 1911, in another of her works, she speaks for the first time of the horror of a war, if atomic weapons were used, because it could mean the total elimination of human beings, of living beings.

Pointing out clearly and forcefully that with atomic weapons, science has given man a weapon whose consequences are still not able to understand. Well, “it seems to be” –he said– “that 48 hours after a total war has started, there may be nothing left on the planet. Neither human nor animal life.”

During the life of Bertha von Suttner there were four wars!

It will be seen twice more with Alfred Nobel, and, at the beginning of the year 1914, the film is prepared with the same title as his book, already a best-seller. Likewise, preparations began for the World Peace Congress in Vienna, but on June 21, 1914, the great Bertha von Suttner died of a cancer that she had been suffering from for a long time.

As fate would have it, fortunately, he did not have to experience the start of World War I

The legacy of Alfred Nobel

His great friend, Alfred Bernhard Nobel (1833 -1896), is known above all as the founder of the Nobel Prizes. On the other hand, little is said about him as a highly cultured and multifaceted man, since his life was certainly explosive. From talented, super-gifted child, to inventor of dynamite and creator of the prizes that would bear his name.

The son of a Swedish businessman, Immanuel Nobel, Alfred was born on October 31, 1833 in Stockholm. His father was a wealthy businessman, as the founder and owner of several steel mills, so the young man received an exquisite education in Saint Petersburg, USA and Paris.

At the age of 17 he speaks 5 languages ​​and on a new trip to Paris to deepen his knowledge of chemistry, he is introduced to the famous Ascanio Sobrero, the discoverer of nitroglycerin.

The Italian considered it highly dangerous for its use in practice, however, the young Nobel Prize winner soon studied the possibilities of its use as an explosive in the mining business.

Back in their homeland, in the year 1864, a tragic nitroglycerin explosion hits the Nobel family, killing Alfred’s little brother and four others.

Immediately afterwards, the Swedish government forbids Nobel to continue with his experiments in Stockholm

As a reaction, Nobel moves his laboratory to the other side of the city, where he continues his experimental work. And Alfred, from that tragic event, concentrates on finding a method to safely manipulate this deadly substance, mixing the liquid explosive with an absorbent material, obtaining a powder that could be percussed and even burned in the open air, without that it would explode So that -while his experiments lasted- he only exploited it using electrical or chemical detonators.

And it is in the year 1860, during a transport of nitroglycerin, when one of the trucks begins to leak liquid that falls on top of the protective layer of Kieselgur. A kind of foamy paste is formed that attracts the attention of the workers who report it to Nobel. And the tests begin. Many.

And finally they will be successfully compensated, because this almost fatal incident gives rise to the birth of the dynamite that Nobel would soon patent.

At that time, there was a great need in the industry for an effective explosive, especially in the diamond business, so that Nobel went on to amass a considerable fortune, as his companies sold the new explosive in Europe, America and Australia.

And Nobel became the owner of 90 dynamite factories

Likewise, the development of synthetic fabrics, such as leather, as well as artificial silk, greatly benefited him. Until his death in 1896, Nobel had no fewer than 355 patents registered in his name. Since he never married and was always on the road, Victor Hugo, the great French poet, had nicknamed him “the richest tramp in Europe.”

The multifaceted Swedish inventor also wrote a play, titled nemesis, a tragedy in four acts, but, after his death, almost all copies were destroyed, considering it scandalous and blasphemous, so that it was never published. Until 2003, when it was published in Swedish and Esperanto. Today, since 2008, there is also a Spanish translation.

At the age of 43, Nobel posts an ad that read: “Rich, highly intelligent, elderly gentleman, seeks meticulous elderly lady, as a secretary.”

The most qualified that presented herself was precisely a certain Baroness Kinsky, the future Bertha von Suttner. She only worked for hers for 2 weeks, as her motives are unknown, but she leaves her job with Nobel in Paris to marry her fiancé, Baron von Suttner.

However, from that brief meeting between Nobel and Suttner, a correspondence is born. And then a deep friendship, because on January 7, 1892, Nobel writes to Baroness von Suttner about his project to create an annual prize for the most outstanding scientists, and also tells her about his plans on how to distribute his enormous fortune.

In 1884, Alfred Nobel was admitted as a member of the Royal Swedish Academy of Sciences.

In 1891 he left Sweden, his homeland, and moved to the island of San Remo, in Italy, where he died in 1896, single and childless, but with a fortune of 31.9 million Swedish crowns. Before he died, in the presence of some friends, but without that of a notary, he drew up his famous will, creating the Nobel Prizes.

“The totality of what remains of my fortune will be disposed of as follows: with the capital, invested in safe securities by my testamentaries, a fund will be built whose interest will be distributed each year in the form of prizes among those people who, during the previous year, have done the greatest benefit to humanity, belonging to the world of Chemistry, Physics, Medicine, Literature and Fraternity among Nations”.

The fifth year after his death, on December 10, 1901, this prize that would bear his name was given for the first time, and it was awarded to the German doctor and researcher, Emil A. von Behring, for discovering the tetanus antitoxin.

For Nobel, the most important thing was that the prizes be awarded to those people who had dedicated their studies, their lives, their achievements, to peaceful ends, since “men make war, therefore, men are capable of avoiding it” .

Meet the author of the article

■ HOW CAN I PARTICIPATE IN THE LA VANGUARDIA COMMUNITY?