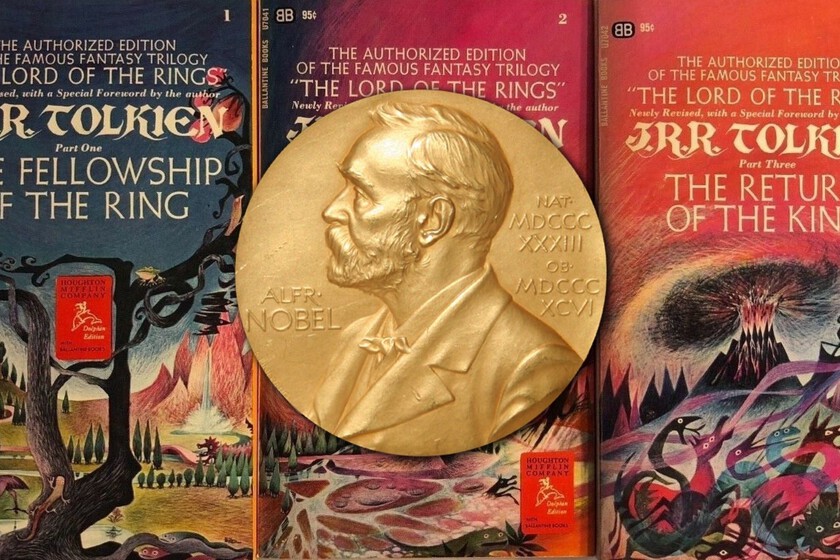 Today we have assimilated ‘The Lord of the Rings’ as a total classic not only of the fantastic genre, where nobody disputes its reigning position, but directly from English-language literature. However, this was not always the case: after its publication in 1954, Tolkien had to face very negative reviews, who did not understand that their approach was not that of fairy tales for children, but the epic poems, sometimes with allegorical content, in which Tolkien was an expert as a professor of literature at Oxford. That is, works like ‘The Fairy Queen’ by Edmund Spenser or much further back, pieces on the scale of the legendary ‘Beowulf’.

Many of the literary critics of the fifties therefore denied him the privilege of literary recognition. Definitely, those were other times: perhaps the most famous of these negative reviews it was that of Edmund Wilson, in ‘The Nation’, the dean publication of North American weekly magazines. Wilson said of Tolkien’s work that “certain people – especially in Britain – have a lifelong appetite for youthful rubbish. They do not tolerate rubbish directed at adults, but, faced with works for tweens, they revert to the mental phase. who reveled in Elsie Dinsmore and Little Lord Fauntleroy [héroes de la literatura infantil y juvenil de la época]”

Wilson continues: “You can see it in the tone they drop into when they talk about Tolkien in the press: they bubble, they squeak, they coo; they keep talking about Malory and Spenser. [Thomas Malory y Edmund Spenser, responsable de la revitalización moderna del Rey Arturo y autor de la mencionada ‘La Reina Hada’], both with a charm and a distinction that Tolkien has never touched. As for me, if there are imaginary kingdoms to read, give me James Branch Cabell’s Poictesme [país imaginario donde transcurre un éxito de la fantasía de la época, ‘Biography of the Life of Manuel’]. At least he writes for grown-up people, and he doesn’t present the drama of life as a confrontation between good people and goblins. He can cover more ground in an episode that’s only three pages long than Tolkien is capable of in one of these twenty-page chapters.”

However, these discordant voices were the least, since since its release, ‘The Lord of the Rings’ was praised for its imagination and for its literary qualities. The ‘Sunday Telegraph’ said it was “among the great works of imaginative fiction of the twentieth century”, Tolkien’s pupil WH Auden called it a masterpiece and compared it to Milton’s ‘Paradise Lost’. Specialized magazines such as ‘Nebula Science Fiction’ said of the book that it was “one of the best books of its kind ever publishedBut this praise did not soften Nobel Prize experts, who five years after its publication ruled out the possibility of awarding the award to Tolkien. According to notes from committee member Anders Österling, the trilogy was not “up to the narrative of the highest quality”.

How do Nobels work?

Every December 10, the date of the death of the Swedish inventor Alfred Nobel is commemorated with the prizes that bear his name. With them you recognize the value of six outstanding personalities in the fields of physics, chemistry, medicine, literature and economics, to which is added the Nobel Peace Prize. But the process of choosing the winners is not as well known as the names of those who have won the prize (and the 10 million Swedish kronor with which it is endowed).

This process begins in September of the year prior to the award ceremony, and begins with the sending of confidential invitations to qualified people to propose names of candidates in their field. In February, the committees evaluate the proposals and prepare a list of candidates. Between March and August, advisers both permanent and hired for their knowledge of the candidates contribute their point of view, and in October the winners are chosen.

All this choice, as you can see, is entirely subject to the particular views and opinions of experts, advisors and committee, although the ways of reasoning and deciding of the latter continue to be a very well kept secret. In any case, the final decision is made in an assembly of approximately one hundred people.


It was the Swedish journalist Andreas Ekström who discovered the notes that in 1961 they took the Nobel Prize for literature to the Yugoslav Ivo Andrić, author of works such as ‘A bridge over the Drina’. Among that year’s finalists, aside from Tolkien himself, were names like Lawrence Durrell, Robert Frost, Graham Greene, and EM Forster. The person responsible for Tolkien being taken into consideration was his companion and good friend CS Lewis, creator of another great fantasy world, ‘The Chronicles of Narnia’. It was not enough.

Lewis, with an attitude of total adherence to his friend that today would no doubt be considered unethical, vowed “to make tEverything in my power so that Tolkien’s great book receives all the recognition it deserves“, as he wrote to a British publisher. He even wrote an essay, ‘The dethronement of power’, as a response to all critics of Tolkien.

As for the journalist who discovered how close Tolkien came to winning a Nobel, he declared that “it was the first time I had seen Tolkien’s name among the candidates”, who were then around fifty (now they are closer to three hundred). ). How did he get the notes? Easy, they are public: “the final decision is made without any note being made public. But the list of suggestions is public, with some comments about it.” Comments such as the devastating observation of the Österling, the main literary critic of the Swedish academy, and that took from Tolkien’s hands one of the most important recognitions that an author of “serious” literature can receive.

“It’s not good enough”: when the Nobel committee rejected Tolkien and ‘The Lord of the Rings’