The Government informed, yesterday, that the inflation of March was of 6% and several consultants already warn for the month of April a similar number. Critic of economic management, the deputy of La Libertad Avanza Javier Milei stated that if this last data is taken, and annualized, the rise in prices will be around 117%.

“The data is shocking. If one looks at the last 12 months, we are at 55% (of inflation); if I take the quarter and annualize it, I am at 80%; and, if I take the last data, I am at 117%. Now, if I take food, and annualize it, I’m on the order of 130%. This is not all, the price of food is linked to international commodities and I have an exchange rate gap of around 100%, so true inflation in argentina is 300%”, Milei analyzed in an interview with radio Miter.

The indicator made official by INDEC yesterday, 6.7% in March alone, was the highest in 20 years. The Food and non-alcoholic beverages division increased by 7.2% and stimulated the general rise together with education and clothing. The values ​​of school supplies and fees for private schools experienced increases of 23.6%, while clothing and footwear rose 10.9%. The foods with the greatest increase were baked goods, with a rise of 24.8% in table bread and 17.7% in flute-type bread, from a rise in flour of more than 10%..

For Milei, the situation in the country is very complex. “In the last two years, and to finance the fiscal deficit, Argentina issued for the equivalent of 11 points of GDP; In other words, there is a giant wave of money that is coming because it takes 18 months for that to be converted into prices. In other words, when they stop issuing there will continue to be inflation, it will not be possible to stop from one day to the next”. 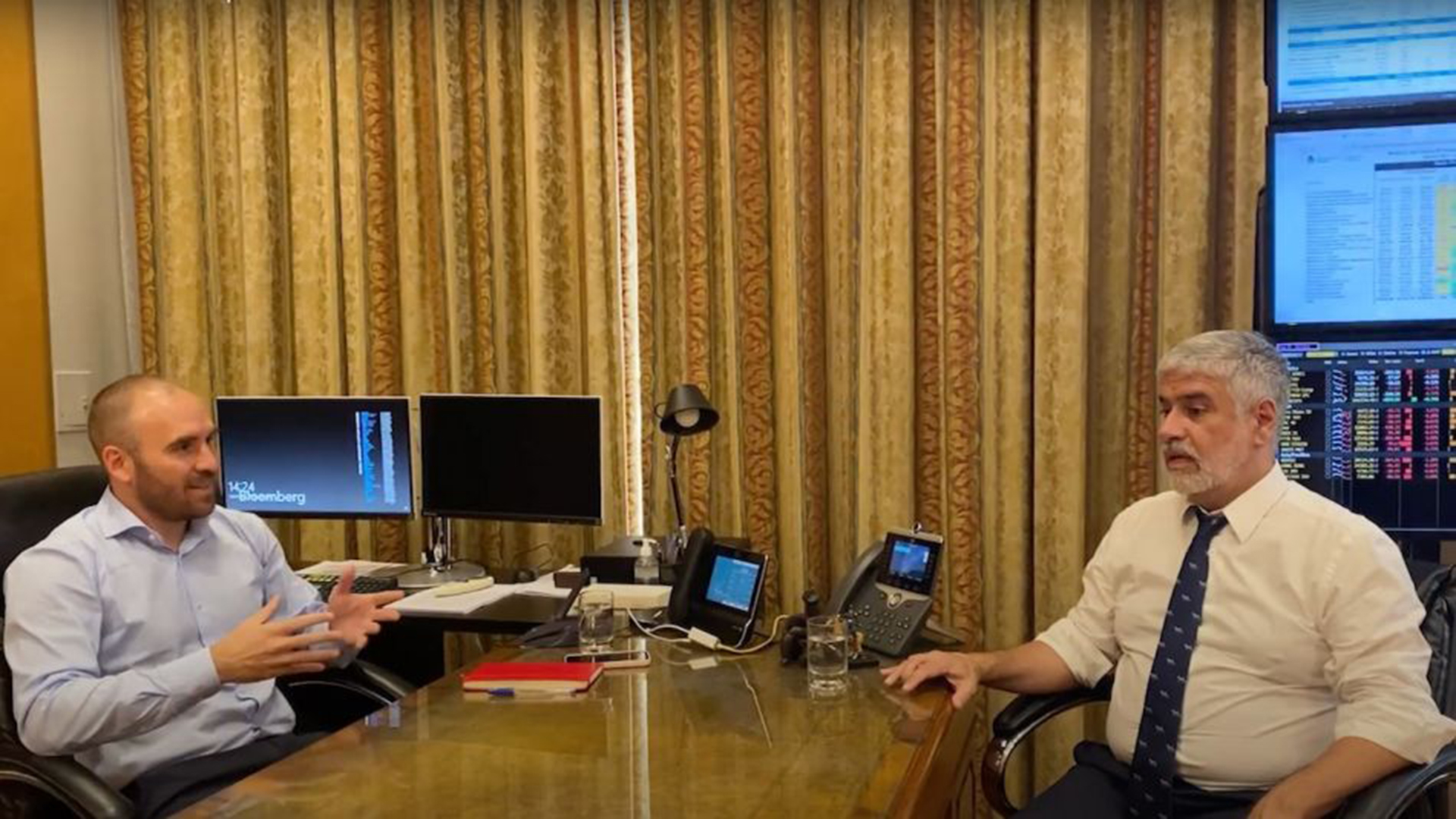 The Minister of Economy, Martín Guzmán, and the Secretary of Commerce, Roberto Feletti

On the other hand, he was very critical of the management of the Minister of Economy, Martín Guzmán. “Not even he should have assumed, he is incompetent, a pushover; I always pointed out that he was not a suitable person for the position and they always answered with the fallacy of authority, that he worked with (Nobel Prize winner Joseph) Stiglitz, which for me is an insult”.

“The issue is who would be the replacements? The economists of the country? It would be like calling Nero to put out the fire. Guzmán is bad, but the other thing is the ghost train all together“, complete.

Finally, Milei assured that the country “lost the currency” and that the Argentines “chose the dollar, they like the dollar, the only currency in which they found a reserve of value.” “The only function that (the peso) fulfills is to be a generalized means of payment, because it is forced, one is obliged to use that currency,” she assured.

The structural problems of the economy, and the different visions of how to face them, unleashed a strong internal in the Government, since the Secretary of Commerce, Roberto Feletti, attacked Guzmán -his superior- for refusing to increase the withholdings on grains. 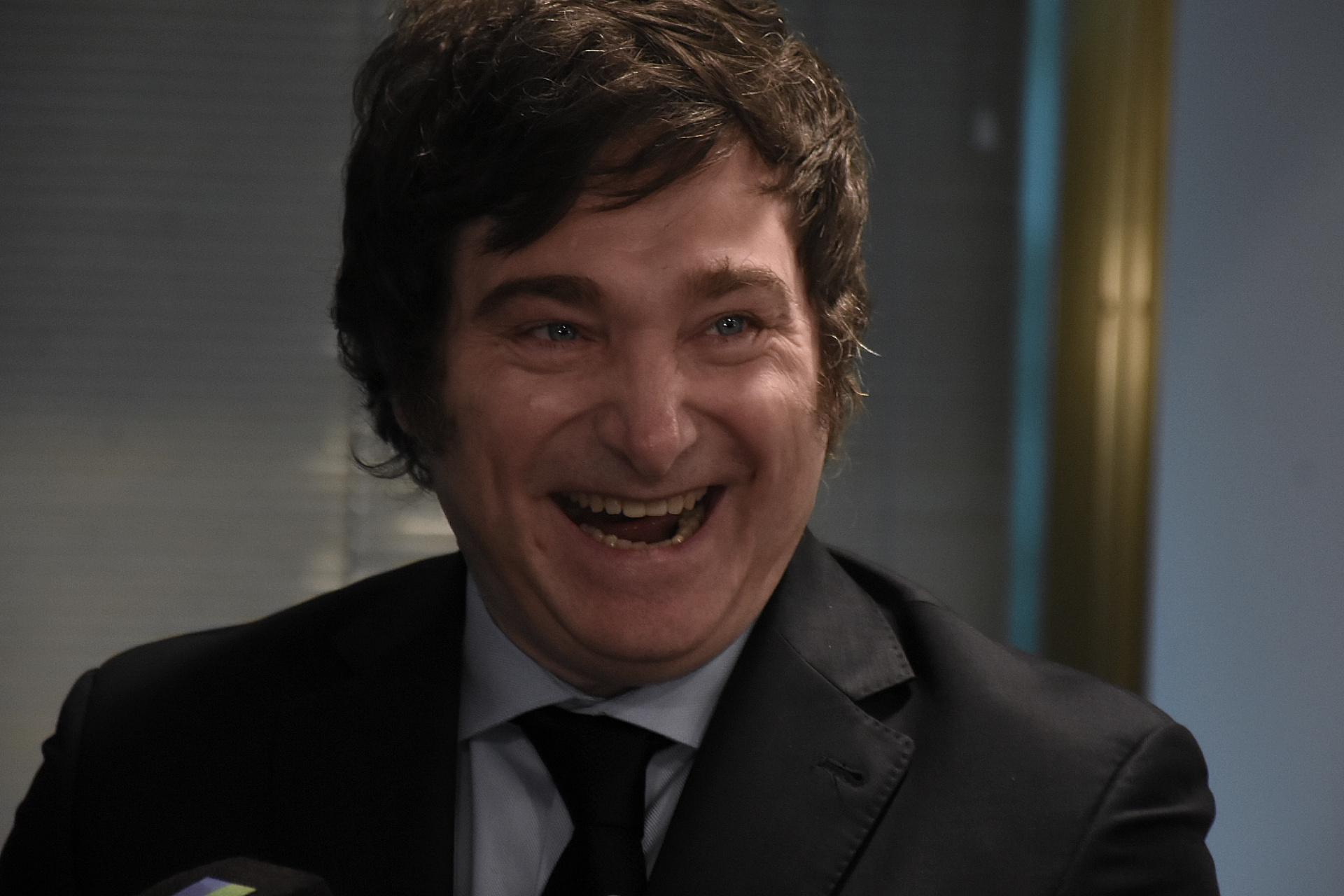 “Guzmán should not have assumed, he is incompetent,” said Milei

Given the discrepancies, a trust was created to compensate for the rise in wheat to bakers, but even the prices at the counters are not achieved at the promoted prices. Despite the freezes arranged, the meat also continued its upward course with increases of up to 7.9% in cuts such as the buttock or the rump. Eggs also continued their bull run with a jump of 21.6%. These rises were partially offset by seasonal declines in fruit and vegetables.

Despite being one of the most protected markets, clothing was the second item with the highest increase in March, reaching 10.9% and accumulating a rise of 17.4% in the quarter. Expenses related to home maintenance (rentals and services) grew 7.7% and since January they advanced 12.7%, which expresses the rate adjustments that occurred in the month and the increase in rental prices.

For its part, the health category exhibited an increase of 5% in the month under study and in three months grew 13.2%, which also reflects the updates of prepaid fees and increases in medicines that were concentrated last month.

Meanwhile, transportation showed a rise of 5.5% and 13.7% since the beginning of the year. In communication the increases were 3.4% and in recreation and culture 3.3%.

Guzmán, who last Monday anticipated the percentage of increases for March, stressed the fight against inflation is a “priority” for the Government and asked for “political support” to gain credibility and curb expectations.

The agreement with the IMF foresees an inflation of between 38 and 48% by 2022, which in light of what happened in the first quarter seems impossible to comply with. Hence, for the May revision there is already talk of a correction of that pattern.

Life with inflation of almost 7% per month: how income, savings and consumption deteriorate
Inflation: after the shock of 6.7% in March, consultants already estimate 5% for April

Javier Milei: “If I take the latest March data, and annualize it, it gives an inflation of 117%”