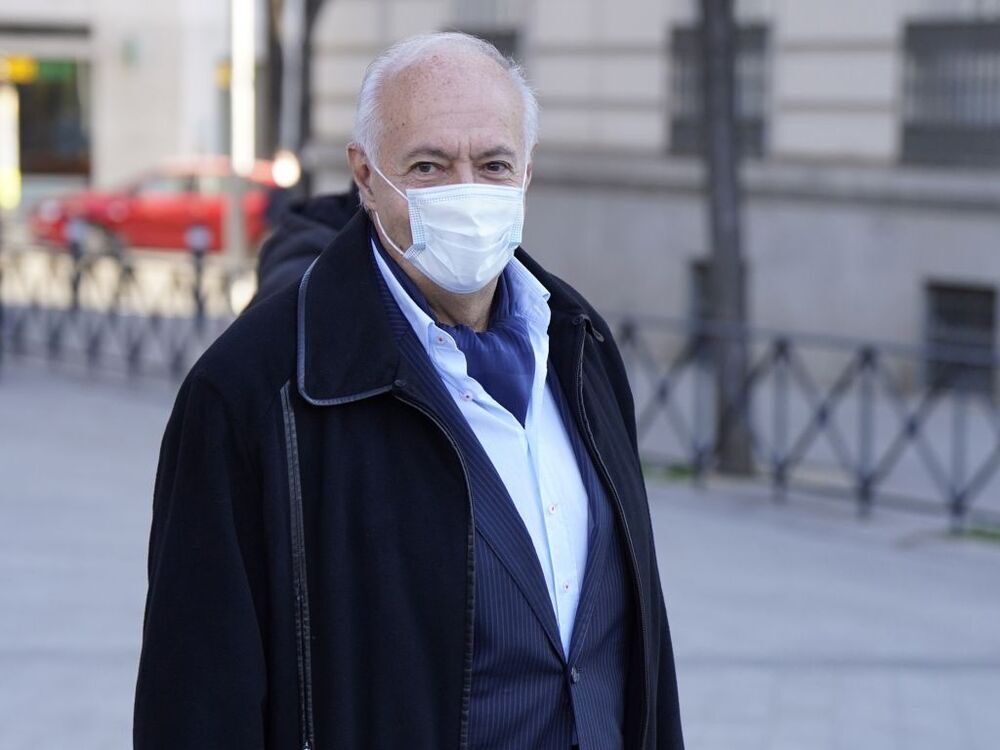 The television producer José Luis Moreno has denied this Thursday in his statement as accused in the National Court of any illegality in relation to the alleged macro-fraud that is being investigated in ‘Operation Titella’, assuring that he is not a “capo” of anything, but a Entrepreneur with a long history.

I am not a “capo” of anything, he said when asked about his defense at the beginning of his interrogation before the head of the Central Court of Instruction Number 2, Ismael Moreno, according to legal sources consulted by Europa Press.

“Do I look like a capo?”, He riveted, when asked by journalists on his way out of the National Court, where he has been testifying for about three hours and where he said goodbye singing the song ‘Contigo aprendí’.

In his brief statement to the media, he has defended his innocence, has expressed his confidence in Justice and has advanced that in two weeks he will give a press conference in which he will answer all the questions.

The investigators point to Moreno as the alleged leader of a criminal organization that since 2017 would have been dedicated to defrauding banking entities and private investors, on the one hand, and “the falsification of bank documents such as checks and promissory notes” and “money laundering”. “using a business network for this, on the other.

However, Moreno has denied in his court appearance that he used figureheads. “I can’t stand them,” he would have replied, according to these sources, to claim that throughout his career he has made more than 3,000 productions that have translated into 150 million euros in signed contracts.

Consequently, it has disassociated itself from some of the societies questioned by the researchers. De Youmore, for example, has stated that, although he is his “baby” because at the time he was the only one who saw a future for an Internet video platform, he is not a shareholder.

The alleged scam to Roemmers, a “hoax”

Likewise, he has referred to the production of the series on the life of San Francisco de Asís, ‘Glow & Darkness’, to also reject that he defrauded the Argentine businessman Alejandro Roemmers, with whom he associated to materialize it, and whom he has defined as a great person and a great writer who even deserves the Nobel Prize.

That is a “hoax”, he stated about the alleged scam against Roemmers, emphasizing that the National Court has had the 1,900 recorded minutes in its possession for months, which are equivalent to about 35 chapters, some of which it has offered to show during the announced press conference.

Moreno has indicated that even Roemmers himself realized during a trip they made in the context of the recording of ‘Glow & Darkness’ that the 35 million euros he had invested in the joint company, Dreamlight, might not be enough to cope with such an ambitious production.

In fact, he has detailed that the Argentine businessman observed that the prices of similar productions were higher, which caused him concern, for which Moreno proposed an audit. There were two experts, one from Roemmers and the other from the ventriloquist because, as he has explained, the investor is a good person but very impressionable. From these experts it was clear that the value of the production was much higher than the money injected: more than 250 million.

The former television star has also denied irregularities in the payments made to Dreamlight. According to her version, not a single euro was disbursed without the Roemmers team giving the go-ahead. There were up to three ‘controllers’, she has underlined.

In addition, he has maintained that the expense of the series was real. In this sense, he has specified that only in ‘props’ and costumes could some 6 million go and that the actors would have cost another 11 million, to which he has added that there are services that he has not charged, although he has added that he did not care because he was too involved in the project to count the overtime.

However, he has pointed out that at the time Roemmers only complained about some delay in the release of the first chapters, although he was aware of the problems caused by the coronavirus pandemic and other vicissitudes, such as the disappearance of the actor who played San Francisco de Asis. According to Moreno, the Argentine businessman told him that the series was going so well that he should not worry about the times.

Bite, a television series and not an illegal commission

He has also talked about another series: aquimandoyo.com. According to the aforementioned sources, Moreno has acknowledged that he spoke with Fernando López Puig, a “historical” from public television, to close the project but has made it clear that there was no favored treatment. To support his thesis, he has recalled that it was cancelled.

Likewise, he has been questioned about an entry in his personal diaries that the Civil Guard collected in a report. ‘Close director contract and bite’, could be read. Here, he has been surprised that these two concepts appeared together in his notes.

Moreno has explained that he was not referring to an alleged illegal commission, but that with ‘bite’ he was alluding to another series whose script he had already prepared and which was about a man who amassed a fortune by awarding ‘bites’.

He distances himself from Aguilera

On the other hand, he has marked distances from Antonio Aguilera, whom the summary outlines as another of the alleged leaders of ‘Titella’ who would have been in charge of devising the corporate swarm that they would later present to the banks to raise financing for the alleged projects.

However, Moreno has described him as just another investor, specifying that he gave him money to finance ‘Reinas’, a series bought by TVE that also ended up being cancelled.

Moreno has asserted that he was unaware that the funds from Aguilera were suspicious and that, if he had known, he would not have done business with him in order to avoid the “lynching” of which he now feels a victim.

The ventriloquist wanted to clarify that he did not look for Roemmers or Aguilera, despite the fact that he had to track down private investors because he could no longer find bank financing due to his debts with the Treasury.

At this point, he has emphasized that his assets are much higher than his debt to the treasury, which has been reduced from 5 million in 2018 to more than 3 million today. And, he has delved into, if Roemmers paid the 500,000 euros that, according to Moreno, correspond to him, it would be even less.

He has defended that he does not have hidden money abroad, reasoning that if he did, he would have already settled accounts with the Tax Agency. His situation would be so precarious, he has illustrated it, that his brothers support him on a day-to-day basis. “And I am proud”, he has commented afterwards with the press.

Trips to Maldives and diving recordings

Moreno has also been on the Maldives Crown, the luxury ship that, according to the Civil Guard report, would have been acquired by Hassan Shareef thanks to a loan of 2.7 million dollars granted by the television producer.

However, he has denied having disposed of that money and has specified that 300,000 euros were lent, of which only 70,000 were returned. His trips to the paradisiacal islands, he has commented, were also aimed at making videos related to scuba diving.

As for the house in Prague bought by Youmore, and for which his former close friend Martin Czehmester has already declared, Moreno has responded that he wanted to have company headquarters in different cities where he could close deals related to the Internet.