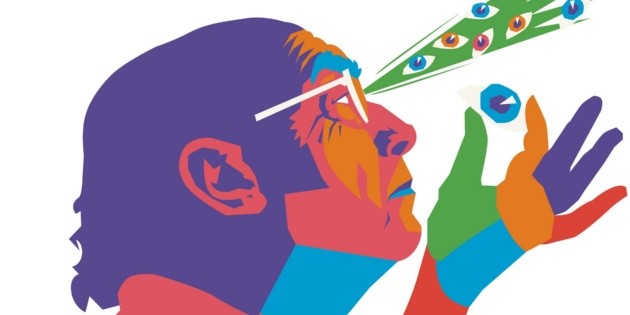 The writer José Saramago (Azinhaga, Portugal, 1922 – Tías (Lanzarote), Spain, 2010) received the Nobel Prize for Literature in 1998, an event that marked his life by making him a world public figure, despite the fact that his name was already known in Europe thanks to more than one controversy in his country due to his communist affiliation and beyond its borders thanks to the recognition his novels gained when the Catholic Church sought to limit their circulation, especially that of “The Gospel According to Jesus Christ” (1991).

This year, on the centenary of the birth of the Lusitanian narrator, the Guadalajara International Book Fair (FIL) will pay tribute to him by choosing his book, “Essay on blindness” (1995), as the protagonist of the XX Reading Marathon, which will take place on April 23 at Paseo Fray Antonio Alcalde, from 10:00 a.m. to 5:00 p.m., to commemorate World Book Day, as well as marking the start of activities for the Guadalajara, World Book Capital program.

In accordance with the Nobel’s ruling, it was awarded to Saramago for “making an elusive reality understandable, with parables sustained by imagination, compassion and irony”, words that sounded strange to his political party but not to his readers, nor to those who knew of his humble origins on an impoverished farm in northern Portugal, where his grandparents slept with the pigs or hugged their trees.

He started late -it can be said- to reap successes in a literary career that began with a first novel that was a failure, which was followed, three decades later, “Manual of painting and calligraphy” (1977), with which he managed to make a name for himself. to know nationally. After the distinctions that “Memorial del Convento” (1982) and “El año de la muerte de Ricardo Reis” (1984) deserved, his name already resonated in other countries of the old continent, as a powerful storyteller whose characters inhabited a space singular narrative, in which fantasy is a common element, almost conventional but at times dazzling; not for nothing did he receive the Camões Prize, equivalent to the Cervantes Prize in Portuguese-speaking countries.

He worked for a long time as a journalist and was a member of the Portuguese Communist Party, for which he suffered from censorship and was persecuted during the years of the Salazar dictatorship; later, he joined the so-called “Carnation Revolution”, which brought Portugal to democracy in 1974. He was always a skeptic and, as an intellectual, he maintained an ethical and aesthetic position above political partisanship. His controversial vision of history and culture are the crucial point of his work, considered by numerous critics as one of the most important in contemporary literature.

Angelic demons of controversial actions always coexisted in Saramago: if on the one hand he was able to cede a percentage of his royalties to the party -nothing famous- in which he was a member until the end of his days, he also showed signs of not negotiating the terms of his artistic dignity, especially when his novel “The Gospel According to Jesus Christ” was condemned in his country for “offending Catholicism”, an echo that resounded in the Vatican and caused the author to leave Portugal to reside on the Canary Island of Lanzarote (today Aunts).

Nor was it by chance that Saramago’s literature was described as similar to parables; If in “Essay on Lucidity” (2004) he approached his idea of ​​democracy as possible only when political power distances itself from economic power, he also explored the material possibility of an interval of eternity in “Las intermitencias de la muerte” (2005) , the autobiography in “Little Memories” (2006) and, in his latest novel, “Cain” (2009), he anecdotally took up passages from the Old Testament to underpin current reflections.

Saramago died at the age of eighty-seven, on June 18, 2010, at his residence in the town of Tías (Lanzarote), due to chronic leukemia that led to multi-organ failure. He wrote almost to the end of his life. His ashes were deposited at the foot of a centennial olive tree, brought from his hometown and transplanted in Campo das Cebolas, in front of the José Saramago Foundation in Lisbon, on the first anniversary of his death.

Synopsis for “Essay on Blindness”

A man in his car, stopped at a red light, suddenly goes blind. It is the first case of a “white blindness” that spreads with impressive speed. It is a pandemic, the disease is transmitted with the slightest physical contact, it hits a country and a government that are not prepared for it. The blind are imprisoned in a denigrating and cruel way in an eternal quarantine, completely abandoned to their fate. Only one woman retains her sight, but she keeps quiet to help her husband and the confined blind; until by itself – just as it came – the blindness dissipates.