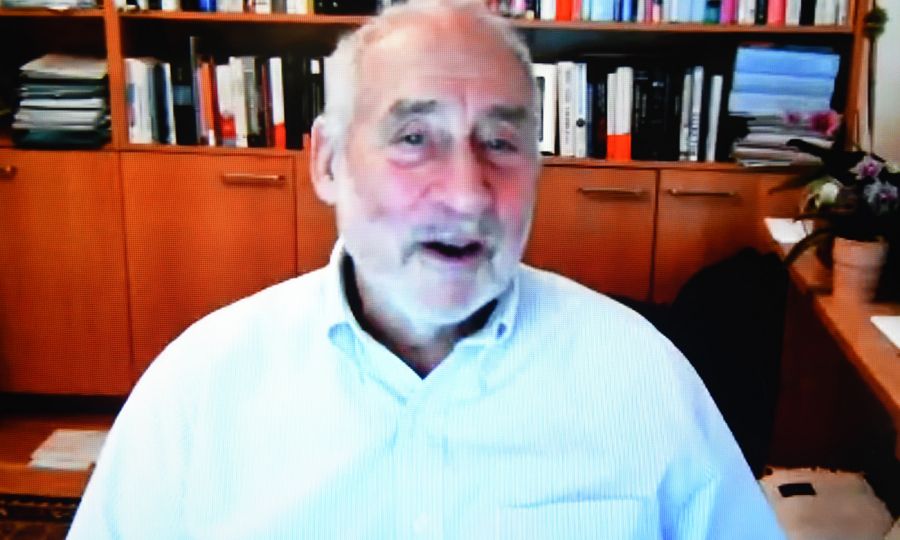 Visiting Argentina and after having dinner with Alberto Fernández in Olivos this Sunday, Joseph Stiglitz took aim harshly at the multinational Pfizer by “attempt to extort” to Argentina for the administration of the coronavirus vaccines.

The Nobel laureate in Economics spoke at the 39th session of the Economic Commission for Latin America and the Caribbean (ECLAC), which takes place from today until Wednesday at the Kirchner Cultural Center (CCK). It was there that he threw the darts against the American pharmaceutical company headquartered in New York.

The mentor of the former Minister of Economy, Martin Guzman, congratulated the President “because he made sure people had vaccines despite the extortion that Pfizer tried to do” at the most critical moments of the pandemic. In addition, he maintained that this alleged extortion was also for other Latin American countries.

It must be remembered that there were several back and forth between the Argentine government and Pfizer for the provision of drugs to treat covid-19. A year ago, the State alleged that the multinational laboratory had requested changes in the legislation to sign a contract, such as the elimination of an article that allowed lawsuits in cases of “negligence.” This term was included by the Front of All in a law that Together for Change also supported in majority form.

President Alberto Fernandez received on the night of this Sunday, October 23 at the Olive Residence to the American economist Joseph StiglitzNobel laureate in his specialty, and the executive secretary of the Economic Commission for Latin America and the Caribbean (ECLAC), Jose Manuel Salazar-Xirinachs.

In addition to Stiglitz and Salazar-Xirinachs, the President received the director of the ECLAC office in Buenos Aires, Martin Abelesand the economists Mariana Mazzucato, Gabriela Plump and Luca Khun von Bürgsdorffwho will also be at the event.

The American Stiglitz, who won the Nobel Prize in Economics in 2001, is known for having a critical look at international credit organizations such as the International Monetary Fund (IMF).

The meeting would have been managed by the former Minister of Economy, Martín Guzmán, who this Monday was going to share a presentation with Stiglitz: “Strategies for economic development in an uncertain international scenario”.

The meeting touched on the economic situation in Argentina, Latin America and the global situation due to the Russian-Ukrainian war and the impact on inflation of the war.

In the meetings, Fernández was accompanied by the Minister of Economy, Serge Massaand the chancellor, santiago cafieroin addition to the Minister of Science, Technology and Productive Innovation, Daniel Filmus.

The sessions will begin at 9 o’clock, when they are inaugurated by the President, who will be flanked by Foreign Minister Cafiero.