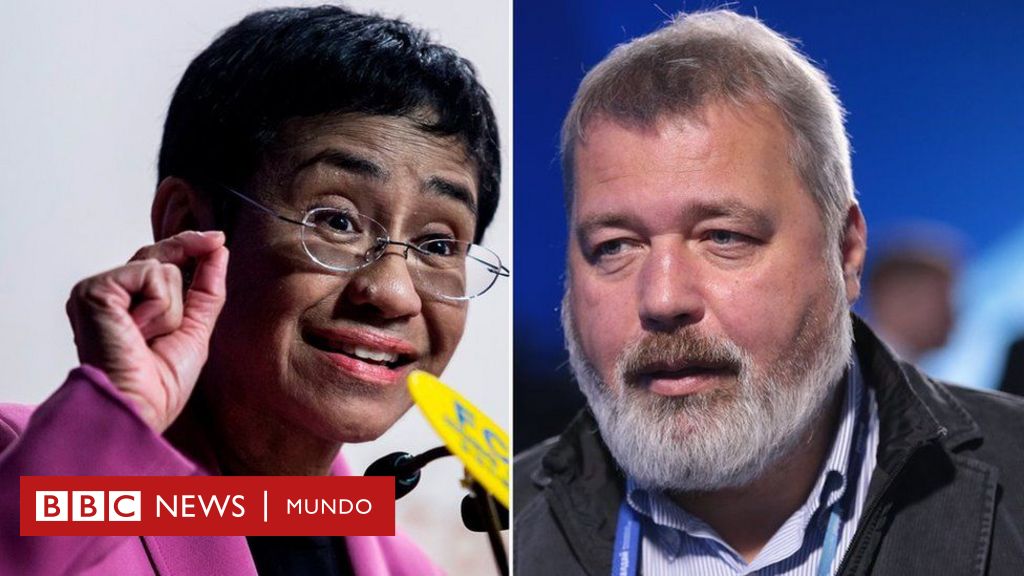 Journalists María Ressa, from the Philippines and Dmitry Muratov, from Russia, are the winners of the 2021 Nobel Peace Prize.

The Norwegian Nobel Committee in Oslo awarded the prize to Ressa and Muratov for their “efforts to safeguard freedom of expression which is a precondition for democracy and lasting peace.”

The committee highlighted that the winners received the award for their courageous work for freedom of expression in the Philippines and Russia.

He added that, at the same time, Ressa and Muratov represent all journalists who speak out for this ideal in a world in which democracy and freedom of the press face increasing adverse conditions.

The awardees will share a prize that includes a check for $ 1.1 million.

It is the first time that the Nobel Peace Prize has been awarded to journalists since the German Carl von Ossietzky won it in 1935 for revealing his country’s secret rearmament program after its defeat in the First World War.

Ressa and Muratov were selected from among 329 candidates.

Among them were the environmental activist Greta Thunberg, the jailed Russian dissident Alexei Navalni and the leader of the opposition in Belarus Svetlana Tikhanovskaya.

María Ressa, who is co-founder of the news site Rappler, was praised by the committee for “using freedom of expression to” denounce the abuse of power, the use of violence and the growing authoritarianism in her home country, the Philippines. “

In a live broadcast this Friday through her site Rappler, the veteran journalist confessed to being in “shock”, while saying that “nothing is possible without the facts.”

A lot of His work has focused on the controversial and violent anti-drug campaign of the President of the Philippines, Rodrigo Duterte, which the Nobel committee called “murderous”, as a campaign that resembles a war against the population itself due to the large number of deaths.

Through Rappler, Ressa has also documented how social media is being used to spread fake news, harass government opponents, and manipulate public debate.

The journalist has been the subject of a series of lawsuits that she points to as acts of intimidation against her and other journalists in her country. In March 2019, she was arrested at the Manila airport for alleged fraud, but released shortly after after the outcry of international journalists.

In May of this year, Ressa received the Unesco – Guillermo Cano World Press Freedom Prize, one of the most prestigious journalistic awards in the world. In 2018, she was named Personality of the Year by Time magazine.

Separately, the committee said that Dmitry Muratov, co-founder of the independent newspaper Novaja Gazeta, for decades he has defended freedom of expression in Russia under increasingly adverse conditions.

Novaya Gazeta regularly reports on allegations of official corruption and abuse in Russia. Six of his reporters have been killed, including Anna Politkovskaya.

In an interview done by the popular Podyom channel on Telegram, Muratov said: “I’m laughing. By no means did I expect it. This is done insane here.”

The publisher listed the award as “a payback to Russian journalism that is now being repressed“.

However, the Kremlin congratulated Muratov through its spokesman, Dmitry Peskov, who said: “He persistently works according to his own ideals, he is dedicated to them, he is talented and he is courageous.”

The purpose of the award is to honor an individual or organization that has “done the best work for the brotherhood of nations.”

Last year’s winner was United Nations World Food Program (WFP), which was awarded for its efforts in the fight against hunger and to improve the conditions for peace.

Now you can receive notifications from BBC Mundo. Download the new version of our app and activate them so you don’t miss out on our best content.