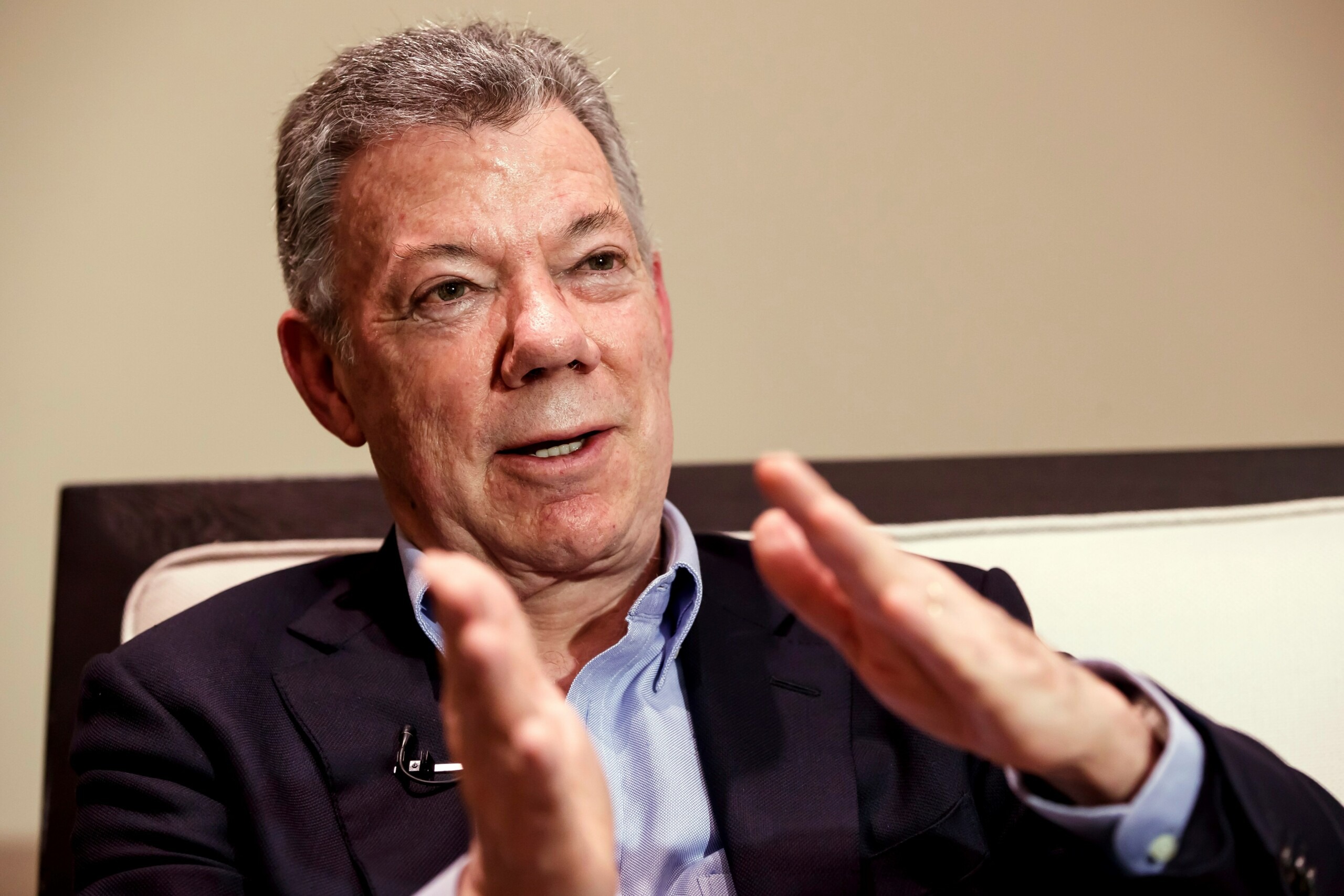 This Friday, the Chair of Peace was launched at the Industrial University of Santander. In this event, one of the special guests was former President Juan Manuel Santos, who took advantage of the space to talk about false positives.

At the launch of this new academic space, the also former Minister of Defense acknowledged that he was slow to act on cases of false positives while he was in the aforementioned position during the second government of Álvaro Uribe.

“What I have said is look, it took me a long time to act because at first I did not believe that such a horror could be happening in an institution to which I had and I have a lot of respect, “said the former president.

Santos, who won the Nobel Peace Prize after signing the Peace Agreement with the former FARC guerrillas, He also confessed that at that time he sought the help of international organizations to stop the cases of false positives.

“It was in the Truth Commission and before all the media where I explained in detail how the process was to put an end to the false positives that I found when I was Minister of Defense, the steps we took, the instances we created, the national and international allies we achieved, the change of culture within the military forces”he added.

On the other hand, the former president met with Rodrigo Londoño in the capital of the department of Santander in an event in which peace was discussed. Within this talk, the two guests also spoke about the handling that the Iván Duque government has given to the implementation of the Peace Agreement, which, according to the two of them, has delayed it.

The former president of Colombia, Juan Manuel Santoscriticized the implementation of the Final Peace Agreement by the current government of Ivan Duke. The former president also referred to the upcoming presidential elections and mentioned that he has faith that one of the candidates has the greatest probability of duly executing what was agreed.

When Juan Manuel Santos was in the Casa de Nariño, he promoted dialogue between the extinct FARC guerrilla and the Colombian State. In 2016 the official signing of the Peace Agreement was carried out and in 2018 Iván Duque assumed his position as President of the Republic.

For the former president, the results of the implementation of the Final Peace Agreement after leaving office have not been as expected by the “lack of political will” of the current administration. As an argument, Santos recalled the figures recently shown by the Institute of Studies for Development and Peace (Indepaz) regarding the assassination of social leaders.

According to Indepaz, in 2022 the murder of 48 leaders and human rights defenders has been recorded; while 11 signatories of the agreement were assassinated between January 1 and March 30 of this year. The departments in which this situation occurred the most were Cauca, Antioquia, Valle del Cauca, Nariño and Putumayo.

Juan Manuel Santos on false positives: “I delayed in acting, I did not believe in such a horror”