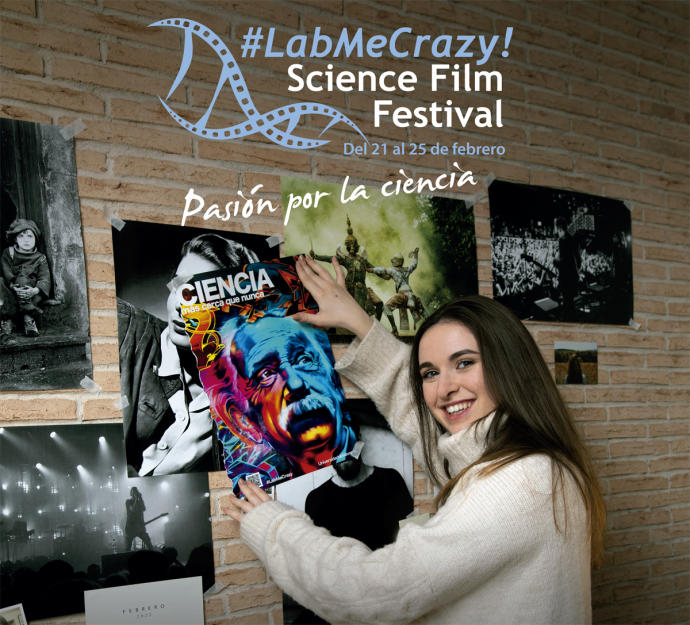 On Friday the 24th, researchers Vicente Larraga, Mariano Esteban and Luis Enjuanes will receive the “Passion for Science” award at the awards ceremony

Ecology, species survival, gastronomy, biomedicine, space missions, artificial intelligence and virology are some of the topics that will be present at #LabMeCrazy! Science Film Festival. The international festival will take place between February 21 and 25 at the university of Navarra and will have a varied program of activities aimed at all audiences.

“We have a program that we hope conveys the festival’s motto, ‘Passion for science’. We screen first-rate films. They are very special stories that will surprise and show that science can be not only understandable but also truly exciting”, notes Welcome León, director of #LabMeCrazy! Science Film Festival. This year a total of 1,371 productions from 104 countries have participated in the contest.

This edition of #LabMeCrazy! will take place face-to-face. It includes various activities to encourage the participation of citizens, especially young people, and the screening of the finalist documentaries in the afternoon, at 7:00 p.m. hours at the University Museum of Navarra.

On the 24th, the festival’s award ceremony will be held, presented by the researcher and well-known disseminator Alberto Vivó, stand-up comedian for the group Big Van. The festival will recognize the best audiovisual productions of science and technology that include the best documentary or report, television program, video for the web or social networks, production made by students, and work produced by a university. In addition, CSIC researchers Vicente Larraga, Mariano Esteban and Luis Enjuanes will receive the special “Passion for Science” award for their work on vaccines against COVID-19. On Friday the 25th, the festival will close with a colloquium between these three researchers and students and young researchers, at the Faculty of Sciences.

Screenings and session with influencers

The projections of the previous days will begin on the 21st with the documentary Apollo 11, a production with unpublished images of the 1969 NASA mission to the Moon. Later, Javier Armentia, director of the Pamplona Planetarium, will make a “visit” to see the Pamplona sky. On Tuesday the 22nd, “Jim Allison: Breakthrough” will be screened, the personal story of the 2018 Nobel Prize winner in Medicine in his fight against cancer. That same day in the morning there will be a guided tour to look for the fossils that are hidden between the buildings of the city. In addition, a workshop on immunology and cancer will be offered to schools.

Finally, on Wednesday the 23rd, Nature’s Fear Factor will be screened, showing the role of predators in wild ecosystems. In the morning, the activity “River invaders, get to know them and help us control them” has been organized, a fish census to learn about some exotic aquatic invasive species of the Arga River. On Thursday the 24th in the morning there will be an urban safari through the parks of Pamplona showing the fauna and flora of the city.

Also this year #LabMeCrazy! brings together some of the best influencers in science. On Wednesday 23, a Social Media Forum will take place at the Faculty of Communication to talk about the dissemination of science on social networks, with the influencers Javier Santaolalla, Tere Paneque and Álex Riveiro. It will include the workshop “Produce your video on science for social networks” taught by Javier Santaolalla.

#LabMeCrazy! Science Film Festival is an international scientific film competition, promoted by the University of Navarra Science Museum -with the collaboration of the Government of Navarra, Pamplona City Council, Laboral Kutxa and the Spanish Foundation for Science and Technology FECYT / Ministry of Science and Innovation-, which aims to bring science closer to society and especially to the new generations.

All activities are open to the general public, but it is necessary to reserve a place or ticket through the website www.labmecrazy.org, where you can consult the specific times and places of each activity. For any questions related to the festival, you can contact museociencias@unav.es.