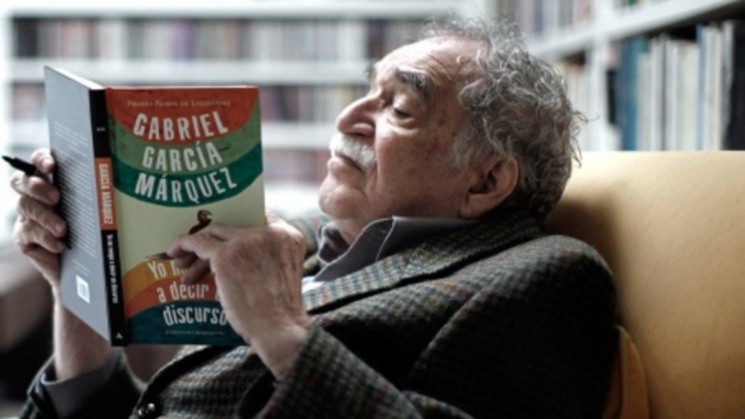 I have frequently alluded, in recent years, to Argentine and Latin American writers. I have numerous examples. Argentines or nationalized? I have referred to Cortazar, Almafuerte or Alfonsina Storniamong others.

And from the American continent, to the Chilean Nobel Prize winners, Pablo Neruda, Gabriela Mistralthe mexican Octavio Paz, the American Ernest Hemingwayalso Nobel Prize, and many others.

But today I want to deal with a writer of Colombian origin who also achieved the Nobel Prize for Literature in 1982, when he was 54 years old. His name was Gabriel García Marquez and he was born on March 6, 1927.

Died April 17, 2014. His last years he was practically away from public life due to lymphatic cancer treatment. Shortly before he died, he sent a farewell letter to his friends.

“In essence” will find that poem-like missive that was attributed to Borges. Gabriel García Márquez said in it:

“If I were to live again, I would give value to things, not for what they are worth, but for what they mean. I would sleep little, dream more. I understand that for every minute we close our eyes, we lose sixty seconds of light..

“If God gave me one more piece of life, I would dress simply, I would throw myself face down in the sun, revealing not only my body, but my soul”.

“I would explain to the old that death does not come with old age, but with the oblivion of others”. “I have learned”García Márquez continued to express, “what all. the world wants to live on top of the mountain, not knowing that true happiness lies in the pleasure of climbing it”.

“That whatever the importance of his position, he only has the right to look down on another, only when I manage to help him get up”. and he added “Keep those you love close to you. Tell them in their ear how much you need them, love them and treat them well, take time to tell them I’m sorry, forgive me, please, thank you and all the words of love you know”.

He was a member of a poor and large family. That she went through a childhood and an adolescence dominated by deficiencies and locked up in the framework of Aracataca, a very small Colombian town, where she was born.

His will led him first towards journalism and through that path, to knowledge of the world. He wrote widely distributed books such as “No One Writes to the Colonel”, “The Autumn of the Patriarch”, “Chronicle of a Death Foretold”.

And at the age of forty he wrote his most famous book: “One Hundred Years of Solitude”. He would only add that he is a writer who had the merit of starring in his ideals. And that his magic was, in that he knew how to extract life from life.

And he was able, brilliantly, to turn his emotions… into words. And a final aphorism for Gabriel García Márquez, pride of Latin American letters. “A great writer is not only the one who writes better, but also the one who feels better…”.