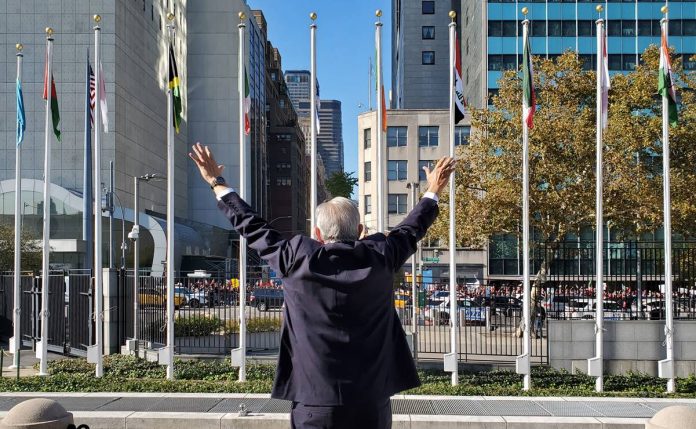 When someone is powerful, the people around them tend to cultivate it.

“Sir, you woke up today with very smooth skin,” his private secretary used to tell a pockmarked Michoacan governor as a compliment.

His assistant, who prepared occasional speeches for him, praised a president of Mexico with a passionate and uneducated ranchera language: “What a good speech he has had today!”

Something similar continues to happen to the current president of the republic, who since his first years in government has dreamed of the Nobel Peace Prize.

Remember that, behind the scenes and secretly, the federal executive ordered that he be proposed as the recipient of that well-deserved award. The morenista deputy Carmen Patricia Armendáriz Guerra was in charge of postulating him, and the blind mass of the 4T applauded the occurrence with the silly official chorus that rhymes “honor” with “Obrador”.

The president launched a similar tactic in this year 2022, but now he himself is personally involved.

Before the Norwegian Nobel Committee, aided by its institute, decided who would receive that award, President López was visibly indignant in one of his morning meetings with the Parliament of the European Union, because he supposedly proposed the president of Ukraine Volodymyr Zelensky and the Ukrainian people.

And our president (in the tone of a ridiculous angry candidate) expounded: “How is one of the actors at war going to receive the Nobel Peace Prize? Aren’t there others who fight for peace? There must be many more. But those bodies are co-opted by global conservatism.”

The only thing missing was the Mexican president, with his sharp tongue, demanding from those Norwegian organizations: “Vote by vote, box by box,” to fully expose three of his deadly sins: pride, anger and selfishness.

Mistakes that lead him to be a constant issuer of lies, to the detriment of Mexicans, and to his own harm.

We have a president who is excessively estimated, with cunning arrogance. According to him, he is the only honest president, who does not lie and does not betray. He describes himself as possessing virtues, and loved by all the peoples of the Earth. Of all the heads of state in the world, he supposes that he ranks second in excellence, and that he will soon rank first. All the bad that we Mexicans live, in his mandate, López assures that he is not to blame. The culprits, according to him, are the five immediate predecessors of him; they are the bad guys, while he is the good guy.

His anger is an immense feeling of disgust, hatred and rejection, for those who do not follow him blindly, which leads him to a nervous agitation that, trying to cover it up, affects his personal health, putting at risk the stability of the nation, by fracturing the unity of Mexicans.

Presidential egoism leads him to excessive self-centeredness. He determines everything in Mexico, by ordering that there be nothing that does not revolve around Andrés Manuel.

That authoritarianism leads to dictatorship; and the president is drowning in his own constant lies.

The 2022 Nobel Peace Prize is shared by: a natural person, the imprisoned Belarusian, Ales Bialiatski; and, two legal entities, the Russian Memorial Group and the Ukrainian Center for Civil Liberties. This has been a sensible decision, but the Mexican president has been very hurt.

I paraphrase a verse by the Spanish poet Antonio Machado (1875-1939): President, you lie more than necessary, and you even invent your truth.

The liar of the palace, he continues to embarrass us.

Venezuelan Cooperativism receives the Alternative Nobel Prize this #30Nov
The will of the people shall prevail
From denying him the Nobel to not seeing the success of his story: four curiosities of "Doctor Zhiva...
Tweet
Share
Share
Pin
Other links: https://awardworld.net/resources/