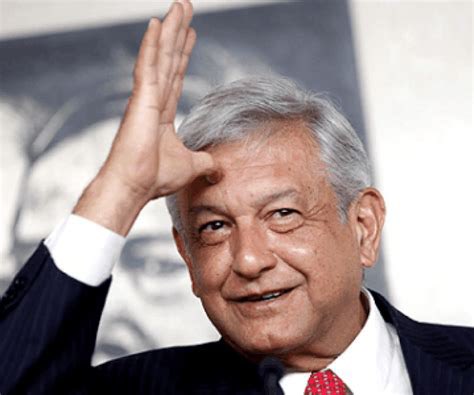 Tweet
Share
Share
Pin
The president of Mexico, Manuel López Obrador, referred to the publications that have appeared on social networks with reference to the presidential elections in Colombia and criticized the comments of the Peruvian Nobel Prize for Literature. Photo: @marcorubio

This Wednesday, June 22, the president of Mexico, Manuel Lopez Obradorcriticized the pronouncement of the Peruvian writer and Nobel Prize for Literature, Mario Vargas Llosain which he claimed that Colombians had “voted poorly” during the presidential elections that declared the winner to be the leader of the opposition and presidential candidate of the left-wing alliance of the Historical Pact, Gustavo Petro.

The Mexican president referred to the triumph of the progressive senator and his vice-presidential formula, the environmental activist France Marquezwhom he had congratulated on June 19 when the electoral results of the second presidential round were known, and took the opportunity to make fun of his opponents and personalities such as the Peruvian writer who have expressed their rejection of the alternative project that will govern the country in the next four years.

“Because conservatism is very upset, even Vargas Llosa. Racism and classism cloud them. Vargas Llosa says “Colombians voted badly.” Contempt for the people. Now in Spain they gave him a noble title: he is count or duke”, indicated López Obrador during his morning press conference.

Likewise, the head of state of the Aztec country mocked some publications on social networks that refer to the results of the electoral contest, in which the Historical Pact project reached 11 million, surpassing the former mayor of Bucaramanga and candidate for the independent movement of the Anti-Corruption Leaders League, Rodolfo Hernández.

López Obrador made reference to two videos that appeared on social networks, one in which a Colombian appeared with a passport in his hand announcing that he was leaving the country due to the victory of Gustavo Petro and Francia Márquez, and which he mocked pointing out that one of his compatriots had supposedly written to him in the comments: “but you’re leaving, because that’s what they said here and they didn’t leave.”

In turn, the president made fun of a publication on social networks in which a man appears riding a bicycle and with a couple of suitcases in his hand, haranguing: “the suitcases for those who said they were going to leave, the cheap suitcases for Marbelle, the suitcases and bags for those who leave the country”, referring to the continuous comments against the left-wing senator who assured that if he came to power they would pack their suitcases and leave Colombia.

President Andres Manuel Lopez Obrador (AMLO) celebrated the victory of Gustavo Petro in the presidential elections of Colombiathe same ones that took place this Sunday, June 19, where the candidate of the left was victorious at the end of the six-year term of Ivan Duke.

Through social networks, the head of the federal executive published that the victory of Gustavo Francisco Petro Urregoflag bearer of the party Colombia Human, is a historic achievement for the nation of the southern cone of America. “Gustavo Petro’s victory is historic. Colombia’s conservatives have always been tenacious and tough. The writer José María Vargas Vila recounted that the dictators of his country ‘dipped his dagger in holy water before killing’ ”

Commissioner Fabián returns with ‘El Interrogatorio’ to the Petra Theater
RioLoz, the Colombian rapper from Coast Contra who shines after his presentation at Jimmy Fallon’s show