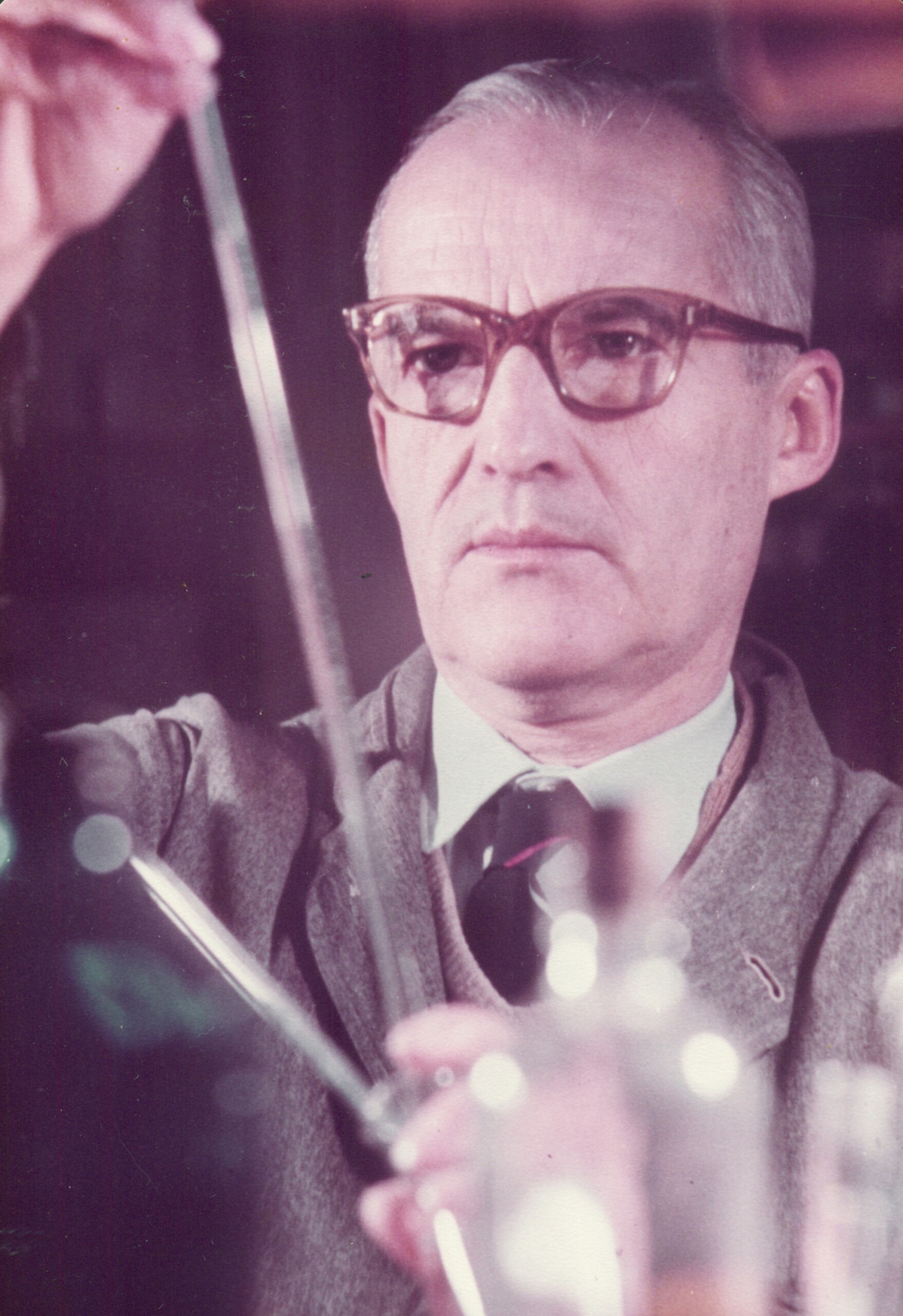 On Sunday, October 25, a Swedish journalist rang the doorbell at his house in Palermo to anticipate the news that he had won the Nobel. He didn’t mention it to anyone and he went with his wife to the movies. “I gained something important but lost a lot, peace of mind”, he assured when he was harassed at the door of his work by journalists and people who wanted to meet him and congratulate him. Until then few knew that he came in at 9 in the morning and left at 6 in the afternoon and that he went to work in a Fiat 600, which sometimes had to be pushed because the battery was flat.

On Tuesday, October 27, 1970, when the winner was announced, in Argentina there was only one question: Who is Leloir?

It all started on September 6, 1906 at 81 Víctor Hugo Avenue, a few blocks from the Arc de Triomphe. there he was born Luis Federico Leloir.

It may interest you: The incredible life of Eugenia Sacerdote de Lustig, the tireless researcher who fought against gender prejudice

His parents had traveled to France due to health problems of his father, who died when Luis he was still small. At two years old, he lived with his family in the neighborhood of Belgrano.

He threatened to enroll in Architecture but ended up graduating as a doctor at the University of Buenos Aires in 1932. 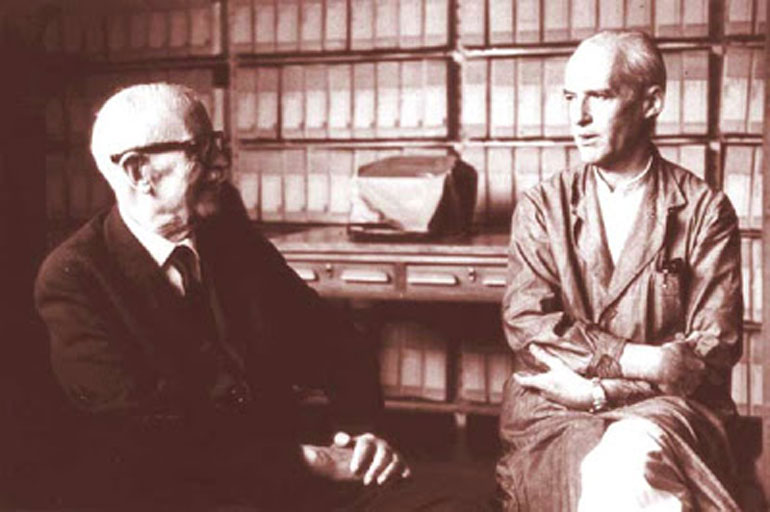 For almost two years he worked at the Hospital de Clínicas and was disappointed. “When I was practicing medicine, we could do very little for our patients, except for surgery, digitalis, and a few other active remedies. Antibiotics, psychoactive drugs and all new therapeutic agents were unknown. It was therefore not surprising that, in 1932, a young doctor like myself tried to join forces with those who wanted to advance medical knowledge. The most active research laboratory in the city was the Institute of Physiology of the Faculty of Medicine of Buenos Aires, directed by Dr. Bernardo A. Houssayprofessor of physiology.

In his autobiography he wonders how he followed a scientific career, the first in the family, where his parents and brothers were devoted to rural tasks.

It may interest you: Salsa golf: the curious story of the gastronomic invention of an Argentine Nobel Prize winner

He defined himself as of ordinary intelligence, with a normal capacity for work, without a musical ear, mediocre in sports and with a lack of oratory skills. He confessed that he could not be a good doctor because he was never sure of the diagnosis or treatment. 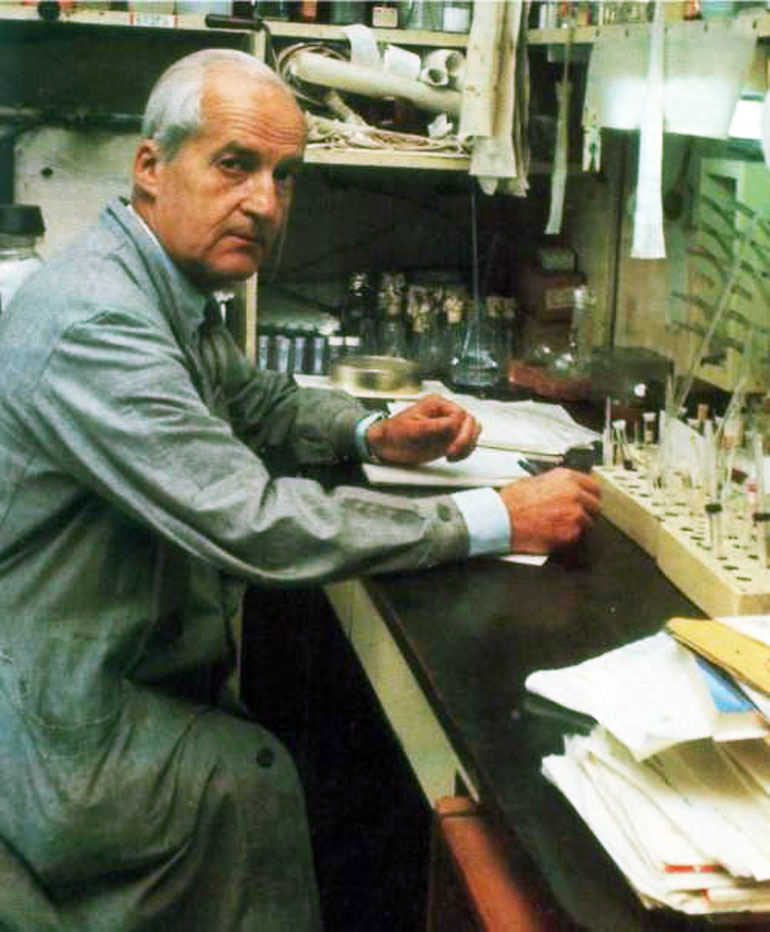 Leloir in the area where he spent most of the day, the laboratory

He even has a small place in the history of gastronomy, when in 1925, eating shrimp with friends in Mar del Plata, he mixed mayonnaise, ketchup, Tabasco sauce and cognac and created golf sauce.

When he finished his thesis on the adrenal glands and carbohydrate metabolism, he himself Houssay He advised him to work abroad for a time. She settled on the Cambridge University Biochemical Laboratory, run by Frederick Gowland HopkinsNobel Prize in 1929.

Years later, he revealed that during his time at Cambridge he began serious biochemical research. A year later, he returned to the Institute of Physiology in Buenos Aires where he associated with Dr. Juan M. Munoz. “I never enjoyed working alone so I was pleased to be able to do research with him.” 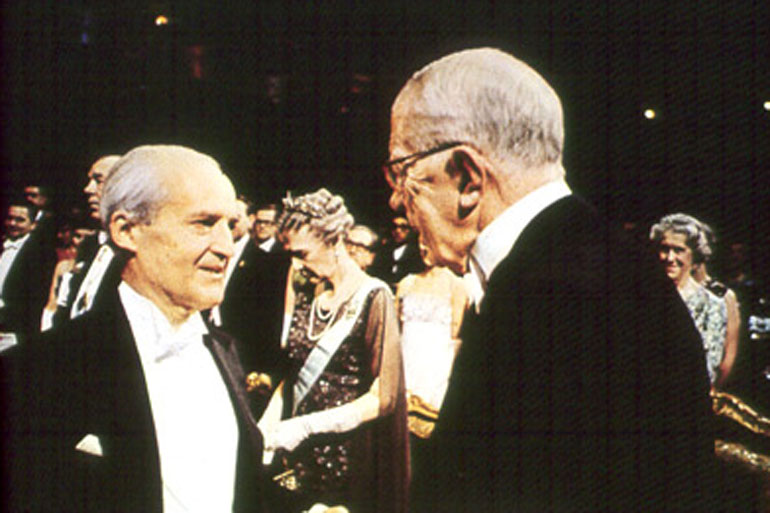 December 10, 1970: King Gustaf of Sweden awards him the Nobel

Scientific work at the Institute of Physiology was interrupted by the de facto government that emerged from the coup of June 4, 1943. When Houssay was one of the signatories of a letter that called for “constitutional normalization, effective democracy and American solidarity”, the government fired all the signatories who worked in the State. Many of the best teachers lost their jobs. Houssay was laid off. Most of the members of the Institute of Physiology resigned in protest and dispersed.

At that time Leloir he married and with his wife traveled to the United States and got a job in the Coris’ lab in St. Louis. When he returned to the country, he formed a small research group that grew slowly.

when in 1946 Jaime Campomarone of the owners of an important textile industry – in memory of his parents Juan Y mary scasso– consulted Houssay about the possibility of financing a biochemical research institute, he proposed to Leloir.

The institution began operating in the basement of the Faculty of Medicine. The first person who came to work was the doctor Ranwel Caputo from the University of Córdoba, who had just returned from the Cambridge Biochemistry Laboratory. The second to join the group was the microbiologist Raul Trucco. The idea was to continue with him the studies on the oxidation of fatty acids, but with bacterial enzymes.

When Houssay was laid off on the pretext that he had reached retirement age, the researchers left the Faculty of Medicine and joined the laboratory, the Institute of Biology and Experimental Medicine, which operated on Costa Rica Street as a private institution, created when Houssay he was removed from office for the first time. There the working conditions were not the best, but they were “young and optimistic”.

A short time later they rented a small house on Julián Alvarez street, which they converted into a laboratory. Campomar’s annual contribution of 100,000 pesos was equivalent to 25,000 dollars, with which the laboratory was installed, equipment was purchased and some salaries were paid. In a few years they achieved the isolation and identification of glucose-1-o-diphosphate and uridine diphosphateglucose. They then isolated uridine-diphosphateacetylglucosamine and guanosine-diphosphate-mannose. The set of these investigations earned Leloir the 1970 Nobel Prize in Chemistry.. In 1957, the death of Campomar he left the Institute without resources, but continued with a subsidy from the National Institute of Health of the United States, since the Argentine government showed no interest and the following year the State offered him a larger house in Belgrano. The budget he managed was 20 times less than a North American chemical center and ten times less than a Brazilian one.

The real local help came with the creation of the National Scientific and Technical Research Council (CONICET), in which Leloir participated on its board.with Houssay as president. “Thanks, in large part, to the work of the Council and the drive of many young people, biochemical research has made considerable progress in the country; however, it is small if compared to what happened in the most advanced countries”. 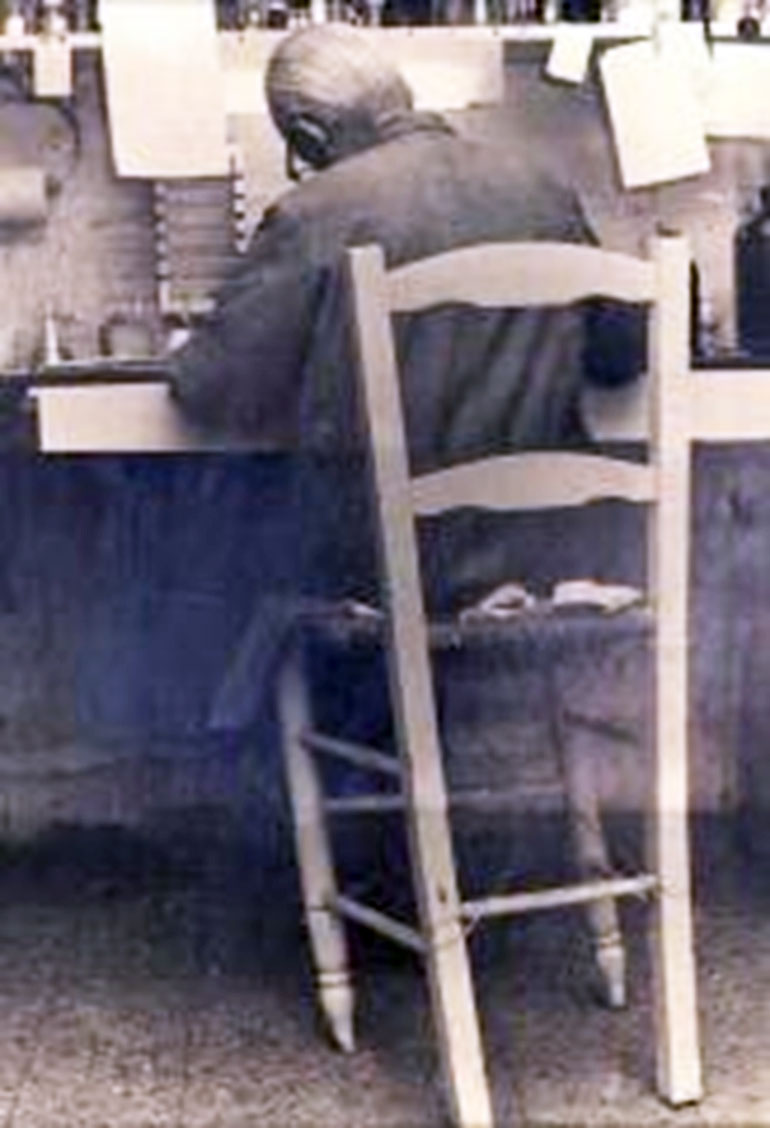 The famous chair made of wood and straw, with the legs tied with wire. One of the many x-rays on how it was investigated in Argentina

He received the Nobel for discovering how energy is stored in plants and how food is transformed into sugars that fuel human life. In his speech on December 10, 1970, in Stockholm, he stated: “The honor I have received far exceeds my most optimistic expectation. The prestige of the Nobel Prize is such that one is suddenly promoted to a new status. In this new status I am uncomfortable considering that my name will join the list of chemical giants as vanHoff, Fischer, Arrhenius, Ramsay Y von Baeyer, to name just a few. I also feel uncomfortable when I think of contemporary chemists who have made great contributions and also when I think of my collaborators who carried out a large part of the work.

When he returned to the country with the prize, he no longer received the attention and the promises of financial aid for his research.

His work continued in silence with his team. Dressed in a threadbare gray smock, faded jeans, and sneakers, he used a straw chair whose legs were secured with wire.

He died on December 2, 1987. He left behind a brilliant scientific career and disciples. The country lost an example of austerity, simplicity and modesty, a scientist who what he longed for was tranquility for his passion, research.

The incredible life of Eugenia Sacerdote de Lustig, the tireless researcher who fought against gender prejudice
Salsa golf: the curious story of the gastronomic invention of an Argentine Nobel Prize winner
All Infobae notes on Leloir

Luis Federico Leloir, the Argentine who researched in a straw chair and won the Nobel Prize for Chemistry