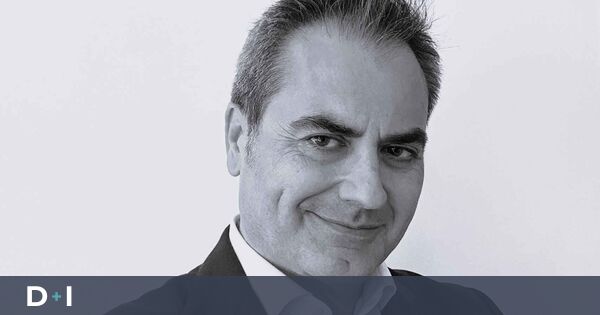 at the summit of Davos 2018 A very significant event took place. It was the first time that the head of a scientific organization had co-chaired the meeting. And this granted Fabiola Gianotti, CEO of CERNthe European organization for nuclear energy, the unique opportunity to vindicate before people of undoubted power in the world the role of science in facing the greatest challenges of today’s society.

That summit had the motto ‘A shared future for a fractured world’ and one of the ideas that Gianotti launched is that science is universal and unifying. Universal because it is based on facts and not on opinions. And it is unifying, according to her vision, that of a woman expert in particle physics, because the desire for knowledge and the passion to learn are values ​​and aspirations shared by all humanity.

Very probably Gianotti was right if we understand that scientific knowledge does not have a passport, gender, race, or political party. In that same edition, Christine Lagardepresident of the European Central Bank, another of the banners of capitalism, opened her speech with a quote from composer and singer Leonard Cohen that brilliantly clasped Gianotti’s words:

“There’s a crack in everything, that’s how the light gets in. We spent an hour discussing cracks and light and science came up as one of the main components of light”.

The president and founder of Davos is a Harvard economist, Professor klaus schwab. And the weight of the reflections of the World Economic Forum It makes strong economic and financial sense. It is no coincidence that the loudspeakers of multiple ‘anti-almost-everything’ groups resound outside each summit. They will do it again at the end of May, when Davos2022 is convened. But from the very beginning, back in 1971, the summit completed its panels with intellectuals of enormous stature, including some scientists with a humanist outlook, trying to respond to contemporary currents of thought.

In 2017, for example, Davos turned to neuroscience and anthropology to try to explain the psychological reasons for populism. It was January 2017. Since the second Tuesday of November of the previous year, the world had been rubbing its eyes over the arrival of Donald Trump in the White House and some disasters were already in sight in the world order. Six years later, Europe crosses its fingers at the far-reaching possibility that the extreme right governs France.

That year 2017 more scientists attended Davos than ever. Technology was at the center of the world discussion. And yet, populism and lies had been gaining ground without the great voices of science and humanism being heard in the forums of world public opinion to respond to fanaticism in the way they did in their time. scientists like Cousin Leviour mentor in this Nano Clubeither Marie Curiedouble Nobel Prize winner and one of the first feminists in history.

Among those kinds of voices in science whose authority would come in handy at this time, I would highlight the peacemaker figure of the professor Andrei Sakharov. He embodied the duality of a brilliant mind with a huge heart. Also those great paradoxes that science sometimes raises, since he was the one who achieved for the Soviets the Sloika, the hydrogen nuclear bomb (Bomb H) that was a decisive factor for the birth of the Cold War as a system of power balances. The USSR already had something to threaten the US with.

Sakharov made his way as a dissident citizen, but he did not stop belonging to the Academy of Sciences Soviet, which could not be entered without militancy in the Communist Party. Sakharov was never a member of communism. On the contrary, in his particular personal contradiction, he developed a very particular ethic in favor of nuclear energy with security guarantees, but against the development of weapons of mass destruction.

Sakharov sounded the alarm of a global war when he saw that nuclear tests, in the hands of an unscrupulous regime, were out of control. It was 1955, the year of the death of Albert Einstein, whose trail Sakharov followed, not only on a scientific level, but also on a humanistic level. In fact, it was he who warned of the nuclear danger in a highly recommended essay entitled ‘Reflections on progress, peaceful coexistence and intellectual freedom’, a text that circulated in the form of samizdat (underground literature in the USSR) before being published behind the Iron Curtain, in The New York Times.

In that essay, the Soviet physicist wrote:“Any action that tends to increase the division of humanity, any thesis that aims to underline the incompatibility between world ideologies or between nations is madness or a crime.”.

The absence of intellectual giants from science like Sakharov should make us think about our response to the complexity and variety of all the phenomena of modern life, the great possibilities and the great dangers arising from the scientific-technical revolution and many tendencies that are observed in society, which require analysis and free opinions.

In the wake of ‘Wake Up, Spain!’, happily baptized as the ‘Spanish Davos’, I would encourage the organizers of THE SPANISH, Invertia and D+I and especially his mentor, Pedro J. Ramirezto once again reserve -as they did in their first edition- spaces for freedom of expression and thought for men and women of science, humanism and technology who give greater meaning to many of the reflections than the dozens and dozens of speakers at the economic field were leaving in the House of America the first days of April.

It would even be useful to think of connecting both worlds, the scientific-technological world with the business world, trying to gain naturalness and eliminate bureaucratic barriers that, as Professor Sakharov already warned, were one of the worst evils of Marxism. We are not as far from that as we think.

Make room for science and humanism in the ‘Spanish Davos’