This April 2 marks the 40th anniversary of the landing of Argentine soldiers on the Malvinas Islands, which occurred in 1982, which marked the beginning of a military operation that sought to regain sovereignty over that territory and that led to the start of a battle against the British occupation forces that lasted two months and 12 days.

As is often the case on this date, leaders from across the political spectrum, including the president Alberto Fernandez and his vice, Cristina Kirchnerexpressed their solidarity with the relatives of those who fell in that armed conflict.

On the other hand, under the motto “Malvinas unites us”the Executive Power announced an agenda of activities to be carried out in the Veteran’s Day and Veteran, ex-Combatants and Fallen of the Falkland Islandswhich will have as main axes to highlight “the recognition and homage of the Argentine people to the fallen, their families and veterans”, as well as “continue to reaffirm our sovereign right”. 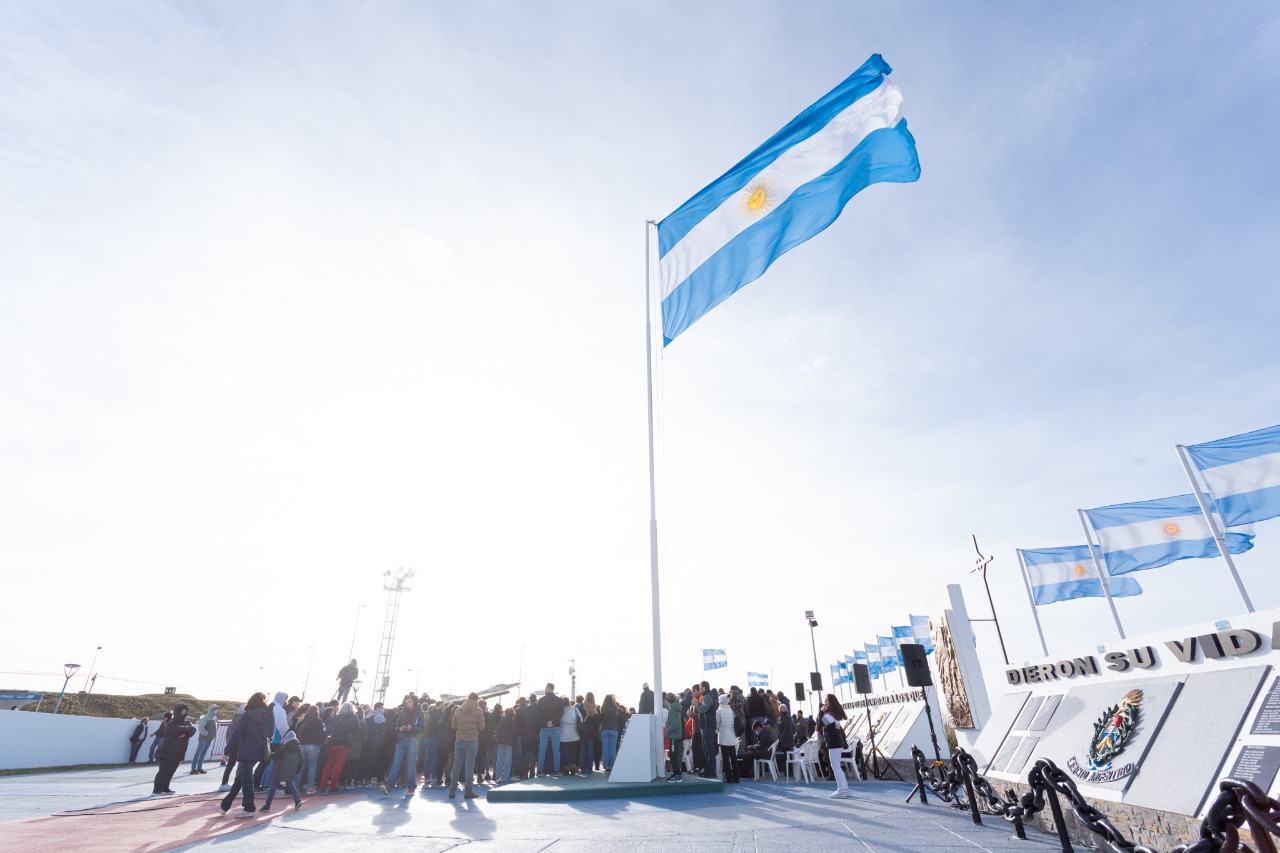 In Tierra del Fuego, the vigil for April 2 began on Friday afternoon

The minute by minute of the repercussions for a new anniversary of this fact:

“Emilio gave me the most precious thing I could have received, his personal award. He received her in Salta, his province, 20 years ago. My heart will always be with them and my strength, in recovering what is ours”the national president wrote on his Twitter account after the meeting. 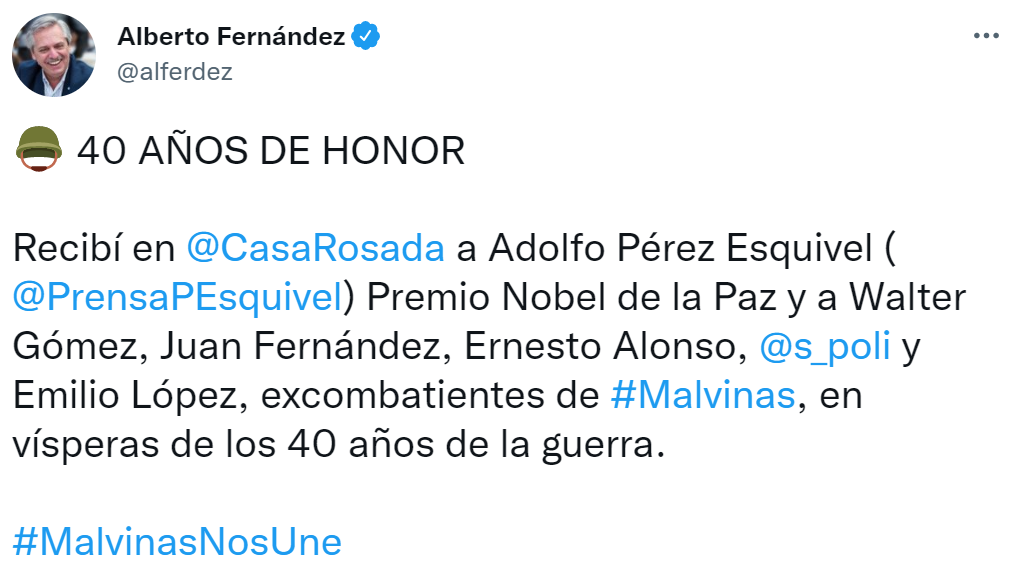 The message from the Head of State

In addition, he highlighted the figure of Pérez Esquivel, whom he described as “a man whose commitment to the tragedies of that time and the fight against violence and inequality inspires us to be a better society.”

20:24: Vice President Cristina Kirchner also recalled the war hours before the new anniversary: “Now, the Congress of the Nation, illuminated with the colors of the Homeland, accompanying the vigil on the eve of the 40 years of Malvinas”he specified.

18:40: The President of the Chamber of Deputies, Serge Massa, also shared images of Parliament illuminated in light blue and white “to remember, recognize and honor our heroes and heroines.” “Yesterday, today and always, the Malvinas are Argentine,” she remarked.

17:20: “Tomorrow marks the 40th anniversary of the Malvinas War and in the City we are going to honor, from the collective memory, our heroes and heroines with an agenda of commemorative activities,” said the head of the Buenos Aires Government, Horacio Rodriguez Larreta. 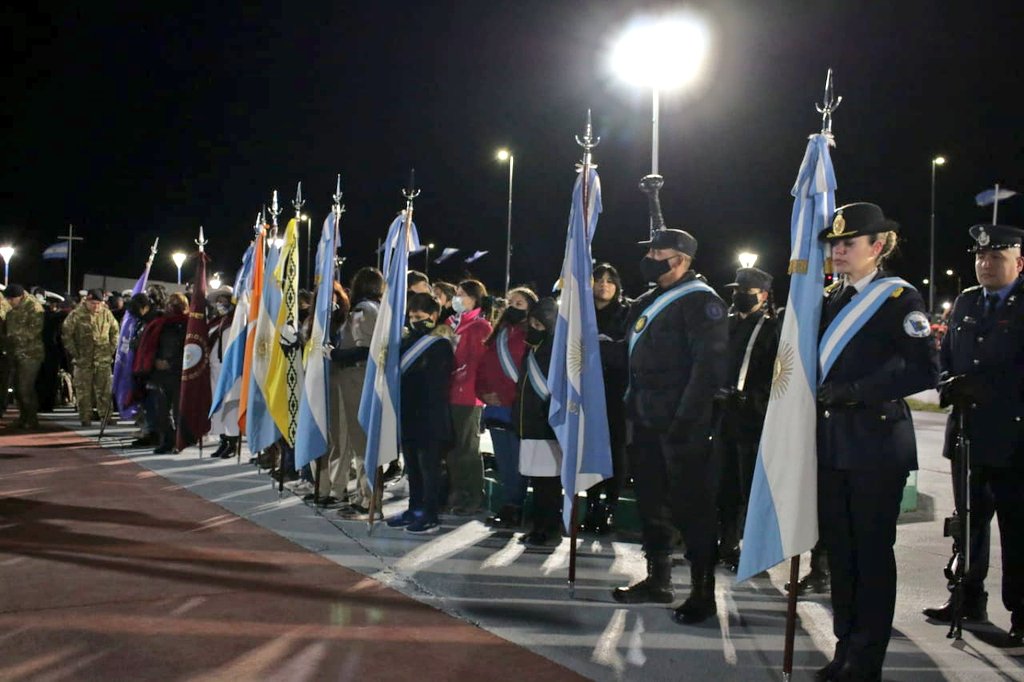 16:30: The government of Tierra del Fuego, Antarctica and the South Atlantic Islands also greeted “our veterans and ex-combatants from every corner of the province” and shared the link from where you can follow the vigil live for April 2.

The 117-page document began to circulate a few weeks ago, close to the date on which the 40th anniversary of the landing of Argentine troops in Puerto Argentino is remembered. 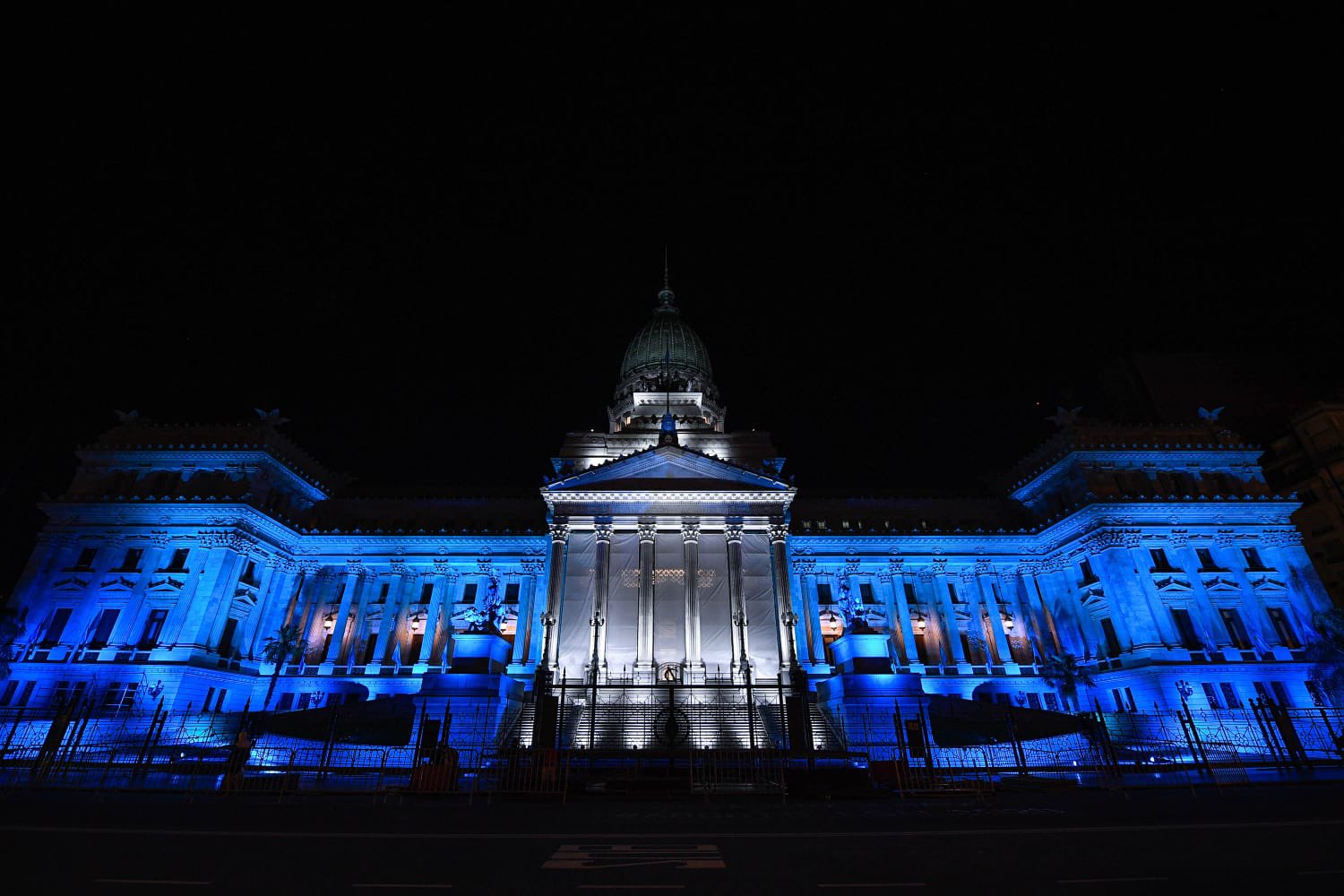 The Congress illuminated with the colors of the Argentine flag

14:20: The differences in budget and military equipment between Great Britain and Argentina were so extensive that in 1982, the year of the confrontation, the British spent ten times more on defense than the Argentine.

Not even the military investment made by the de facto government, which brought outlays to the armed forces to record levels at that point in history, managed to match the inequality with the British.

Malvinas, D-Day: Operation Rosario, a furious storm and the adrenaline rush of the landing on April 2, 1982
40 years after Malvinas, the story of the photo of the Grandmother of Plaza de Mayo that traveled the world

Malvinas: the minute by minute of the acts and tributes for the 40 years of the war