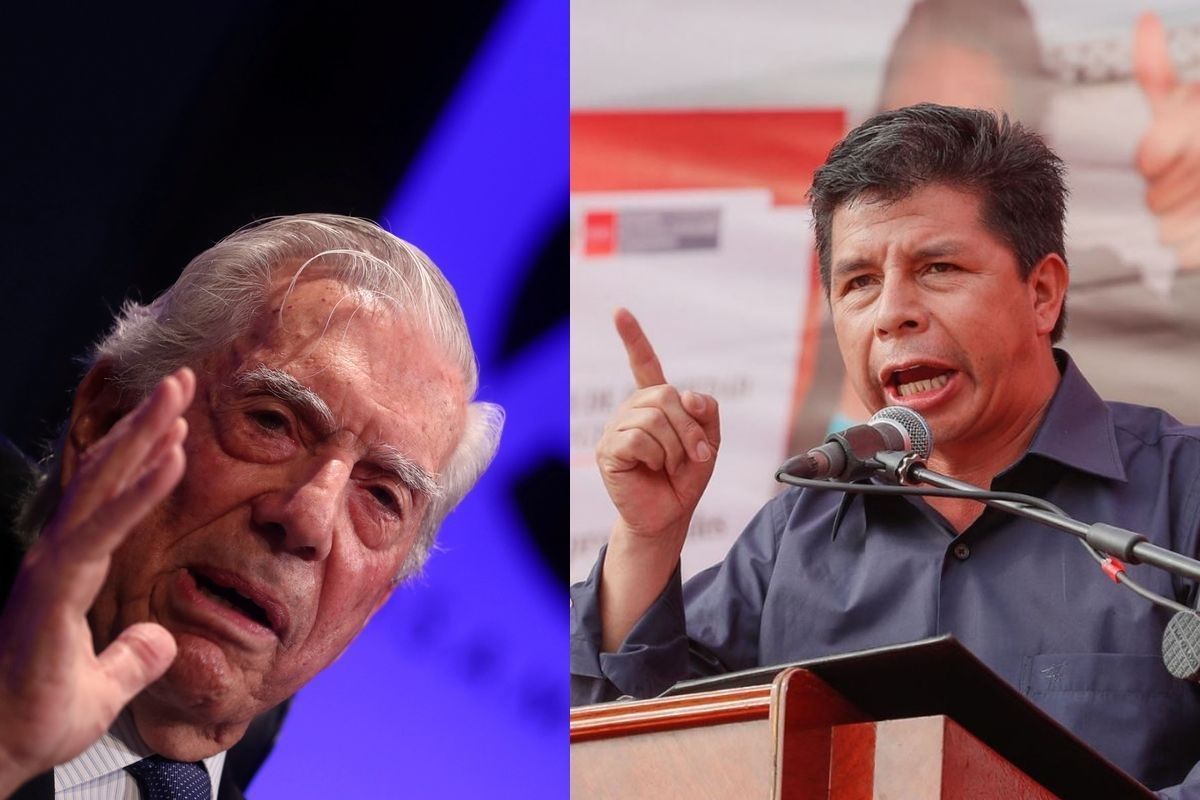 The Peruvian Hispanic writer Mario Vargas Llosa, 86, has been in Buenos Aires since last Thursday. On Friday he launched a short story contest at the Book Fair and this Sunday he presented his most recent book, “The Still Gaze,” about the Spanish writer Benito Pérez Galdós.

During a press conference for the presentation of his latest book at the Buenos Aires Book Fair, the man from Arequipa said that Latin America “is going from bad to worse” and is going through its worst political moment.

“Latin America is at its worst political moment”, the award-winning author of “Pantaleón y las visitadoras” said on Sunday, adding that “it is difficult to be optimistic, which does not mean that there is no need to fight.”

Let us remember that in the last presidential elections in Peru, Vargas Llosa supported Keiko Fujimori, who ended up losing to Pedro Castillo, whom he described as “illiterate.”

“Peru has become a third-class country,” said Vargas Llosa, analyzing the victory of Castillo, who belongs to a range of Latin American leftist politicians, who are “fanatical, blind and dogmatic.”

In the Chilean presidential elections, Vargas Llosa, who during his visit to Argentina had lunch with former liberal president Mauricio Macri, gave his support to the right-wing politician José Antonio Kast, who lost to Gabriel Boric.

The 2010 Nobel Prize winner for Literature said that the future of the region depends on “choosing well and taking advantage of the positive examples of free countries,” but argued that “we are choosing poorly.”

Vargas Llosa presented “The quiet gaze”, a literary essay he wrote after reading the work of the Spanish Benito Pérez Galdós, author of “Fortunata y Jacinta”, in his forties.

At the end of his presentation, the 86-year-old writer announced that he would travel to Peru to write a novel.

“I am always writing novels. Sometimes they don’t come out and I keep them. The novel is constitutive of the human being and sets society in motion, as long as there is freedom,” she concluded.

Vargas Llosa86, continued to write even during his hospitalization for complications from covid-19 two weeks ago in Madrid, the author himself revealed this Sunday at the Buenos Aires Book Fair.

“I have never stopped writing articles, not even in the most difficult situations”, said Vargas LlosaNobel laureate in literature 2010, commenting on his most recent publication in the press, a review entitled “Cervantes”, about the book by Santiago Muñoz Machado, director of the Royal Spanish Academy of Language.

“I worked a lot on that article, because we were going to make a presentation at the Academy. I finally wrote it in the clinic, since there was no presentation”said the author of “The city and the dogs”, “The green house”, “Conversation in the cathedral” and “The goat party”, among dozens of novels, plays and essays.

In a talk with the Argentine Jorge Fernández Díaz, Vargas Llosa He explained that he had to be hospitalized because as a result of covid-19 he lost his breath.

“It was an experience of only 24 hours, but very distressing. I remember how a liberation when they put the oxygen on me, ” said.

A childhood without TV, friendship with Vargas Llosa and why he feels “different”: alone with Alejandro Roemmers, a figure at the Book Fair
Vargas Llosa continued to write during his hospitalization for covid
Vargas Llosa recounted what he experienced during his COVID-19 infection: “It was a traumatic experience”