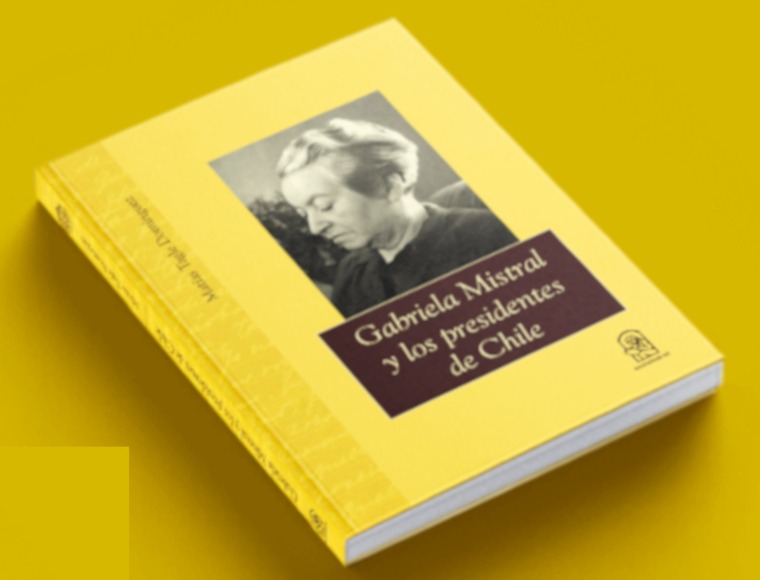 The historian and academic from the UC Faculty of Communications presents a book that reports on a long investigation into part of the Nobel epistolary. “They are going to discover a Gabriela Mistral worried about the contingency, in the most intimate side of her”, he advances.

Matías Tagle Domínguez is an academic at the UC School of Communications and has a three-decade teaching career at the UC Institute of History and at the UC School of Journalism. Parallel to his activity as a teacher, he was doing extensive research on a particular topic that has as much history as politics and literature: the correspondence of the Nobel Prize for Literature Gabriela Mistral with different presidents of Chile.

The fruit of that research is already in bookstores. It is a book and it is titled Gabriela Mistral and the presidents of Chile. It has 464 pages and was published by Ediciones UC, whose website costs $18,000.

The volume will be presented on Tuesday, December 6, at the UC Central House. Matías Tagle himself will participate in a free activity that will also include presentations by academics Sylvia Dümer and María Inés Zaldívar, from the History and Communications faculties of the Catholic University, respectively.

Radio Beethoven spoke with the historian about it.

Matías Tagle explains that before immersing himself in this investigation, he had a limited notion of who Gabriela Mistral was and what she had done. Limited in the sense that she was reduced to a literary work associated with childhood that could even be considered puerile.

As more and more was documented, a rich personality was revealed to him. «A person concerned with multiple problems, in addition to children’s poetry. In fact, from the last publication that Luis Vargas Saavedra made about the papers delivered by Doris Dana’s niece came a wonderful book, which is seedling. It is a very hard poetry, very solid compared to what we were used to. That, for me, was very important,” says the historian.

Let’s delve into the image that you had of Gabriela Mistral since childhood, from what she had learned at school, and how she grew up while you were discovering her.

«My generation practically did not know Gabriela Mistral in childhood. At school we learned two or three poems that the teachers read to us, but we never delved into them. In fact, in my personal case, I knew much more about Spanish literature than Chilean literature. Therefore, discovering, for example, the death sonnets About 25 years ago, it was a huge novelty for me. That novelty kept advancing always, while I was finding the poetry of the Mistral, with the classic books, but also with something else, which is the prose of the Mistral and that is very interesting. About two or three years ago the Ministry of Cultures published a work collected from eight volumes of works by the Mistral, in which, prudently in my opinion, they did not want to include complete works because in truth we have never known the complete works of the Mistral. Mistral and we are not going to know it because the same article was sent to eight, ten newspapers in Latin America and Europe, always with small modifications. So a very multifaceted, very rich, very versatile Gabriela Mistral is emerging, and I believe that this last book, seedlingputs it as a final point that is very beautiful, and that is even included in this compilation made by the Ministry of Cultures ».

Several things come together in Gabriela Mistral, because she is a poet and also a prose writer and chronicler. She is a creator, but she is also an intellectual. Is that double dimension interesting to you?

“Definitely. And also one of his concerns is precisely what is happening in Chile. In fact, the book refers to his letters with five Chilean presidents and what he wrote about two others he did not know, José Manuel Balmaceda and Juan Antonio Ríos. But with the rest of the presidents she maintained correspondence, evidently more fluent with Pedro Aguirre Cerda and with Eduardo Frei Montalva, who were her attorneys for her while she lived outside of Chile. However, that does not mean that she did not correspond with Arturo Alessandri, with Carlos Ibáñez and with Gabriel González, naturally, because she was a consul in Rio, let’s say, when Gabriel González was ambassador to Brazil ».

When Nivia Palma convinced Doris Dana’s niece, Doris Atkinson, and bring Gabriela Mistral’s legacy to Chile 15 years ago, we discovered in the photographs, audios and texts a Gabriela Mistral who is smiling and sweet, but which can also be very critical, even caustic. How is she in the cards? Is she sweet or is she judgmental?

«I would say that it is rather critical. More critical than sweet.”

Is it hard with the interlocutors? Is she very direct, frank?

«Very direct, very frank. If one investigates slowly, one realizes that both with Pedro Aguirre Cerda and with Frei Montalva, who were his legal representatives in Chile, he does not stop criticizing even them. I’m thinking of the prologue to Politics and the Spirit from Frei Montalva, where she openly tells him that she misses the woman in the text of the book, as if she did not exist, and Frei definitely admits it».

“Definitely. I think that the fact that she was a woman and that she was, I dare say, an advanced feminist, since feminism as such was not common in her time, but she was clearly aware of the importance of women, even when with a certain prudence and, at the same time, with some traces of machismo, because it assigns women the classic tasks that the society of the time assigned to them, but the important thing is that she gives that task social value, in what it refers to the education of the children, to the housework, and so on. However, at the same time, she is very concerned that women worry about science, that they begin to become familiar with science and not so much with letters or with the humanities ».

Matías, did you want to continue working with topics related to Gabriela Mistral? Did a great curiosity arouse in you?

«It aroused a great curiosity, but I concentrated on this problem of the epistolary Gabriela Mistral and with politics, more than with other things, and therefore I do not have in view at the moment to open another Mistral vein. There are very good Mistralians in Chile and who are truly Mistralians, I am an amateur in that sense, so I would not dare to get into poetry, for example, because I don’t know about literature and I wouldn’t know how to approach it».

What do you think Gabriela Mistral’s relationship with power was like?

“Oops (sighs). complicated. That is a chapter that I would have liked to be able to raise in the introduction to the book, but did not dare to do so. Two things I lacked to do; a work on his relationship with power and the fact of working with private letters, which is an intrusion into the privacy and most personal aspects of his work, which I did with some caution because I do not know all his correspondence, which it is infinite. infinite! So, both the problem of power and the problem of private correspondence are issues that I expressly left out of my work, out of prudence and respect».

It’s interesting because instead of presenting your interpretation in writing, you open up the question to the reader.

The idea that one has is that Gabriela Mistral did not seek power and, nevertheless, there is something in the power structures, in who had it and in the very legitimacy of power that is a fundamental part of her work and her reflections. Gabriela Mistral is always reflecting on what authority is, what is valid and what is not legitimate. She addresses those very deep dilemmas that are the subject of the ancient Greeks.

“Certainly. Now, I know that there are people who are studying the vision of Gabriela Mistral and politics, and they are people who deserve all my confidence, so I hope that from there a much more mature and much more pertinent reflection is produced than what I could do. ».

What would you say to the listeners of Radio Beethoven as an invitation to come and discover this gaze of Gabriela Mistral that can be had through her letters with presidents of the Republic of Chile?