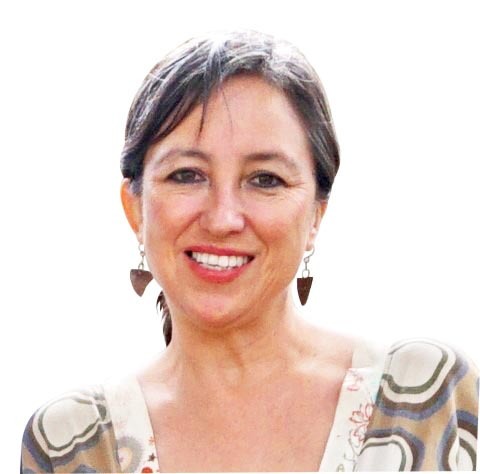 “No more Matildas” was the campaign promoted in 2021 by the Association of Women Researchers and Technologists AMIT of Spain. It started with the reflection of if in front of the last name Einstein there had been a woman’s name, it is most likely that today we would not associate it with the theory of relativity, because surely the credit would have gone to some research colleague or even your partner. In this way, the campaign aimed to deconstruct and break down the stereotypes that make girls believe that they are less intelligent or capable of science than boys.

This initiative crossed borders with the aim of making society aware of the low visibility that women have in the scientific field. In addition, it intended to recover the names of the women of science that were silenced, forgotten and erased, in such a way that they are printed in school books, and serve as a reference to awaken the scientific vocation in girls. Having examples of women scientists serves to transform the perception that girls have about science and how appropriate it is for them.

The Matilda effect is the bias against recognizing the achievements of women scientists and whose work is commonly attributed to their male colleagues. This phenomenon was first described and denounced by the suffragist and abolitionist Matilda Joslyn Gage in her essay “Woman as Inventor” in the late nineteenth century in the United States.

It was the scientific historian Margaret Rossiter who coined the expression “Matilda effect”, to refer to the women scientists who were made invisible. And she dedicated herself to recovering their lost names. In her research, she observed that the pattern of female invisibility repeated itself over and over again in science. From the fact that men take credit for women’s work, to the fact that women don’t win as many awards as men, to the fact that women don’t get jobs in scientific fields.

Currently, scientific research is predominantly led by men. Less than 30% of it is done by women. Since 1901, 97% of Nobel Prize winners in science have been men. Only around 23 women have won a Nobel Prize in science out of around 600 scientific Nobel Prize winners. These figures are alarming and are far from achieving equality in the field of “hard” sciences. Marie Curie becomes the exception, having won two Nobel Prizes, which she did not win easily either.

Every February 11, for just over five years, the International Day of Women and Girls in Science is celebrated, with the aim of achieving full and equal access for women and girls in science; and also to achieve gender equality and their empowerment. Like any field of knowledge, science and access to it have power relations. Orienting themselves towards science is more complex for women, since a series of stereotypes and a macho context determine that women and girls cannot access higher education, much less scientific professions. Apparently, the glass ceiling in this field is much more compact and difficult to break. It is not uncommon to hear that a woman is a nurse, a teacher, a pedagogue, an astrophysicist, a geologist or a nuclear medicine doctor.

I hope that more and more girls are curious to understand the universe and the various celestial bodies, focusing on astronomy. Or they are interested in the properties of energy and matter, as well as time, space and the interactions that exist between them, dedicating themselves to physics. Or become curious about the Earth’s composition, dynamic structure, and history by studying geology. Or wonder about matter and combinations of substances and reactions, turning to chemistry. Or finally, the interest is directed towards studying living beings in an integral way from the molecular level to the conformation of ecosystems, becoming passionate about biology.

We want more girls and women in science, we want more recognition of advances and discoveries that bear the stamp of women. “We don’t want any more Matildas.”

The author is a sociologist and anthropologist.