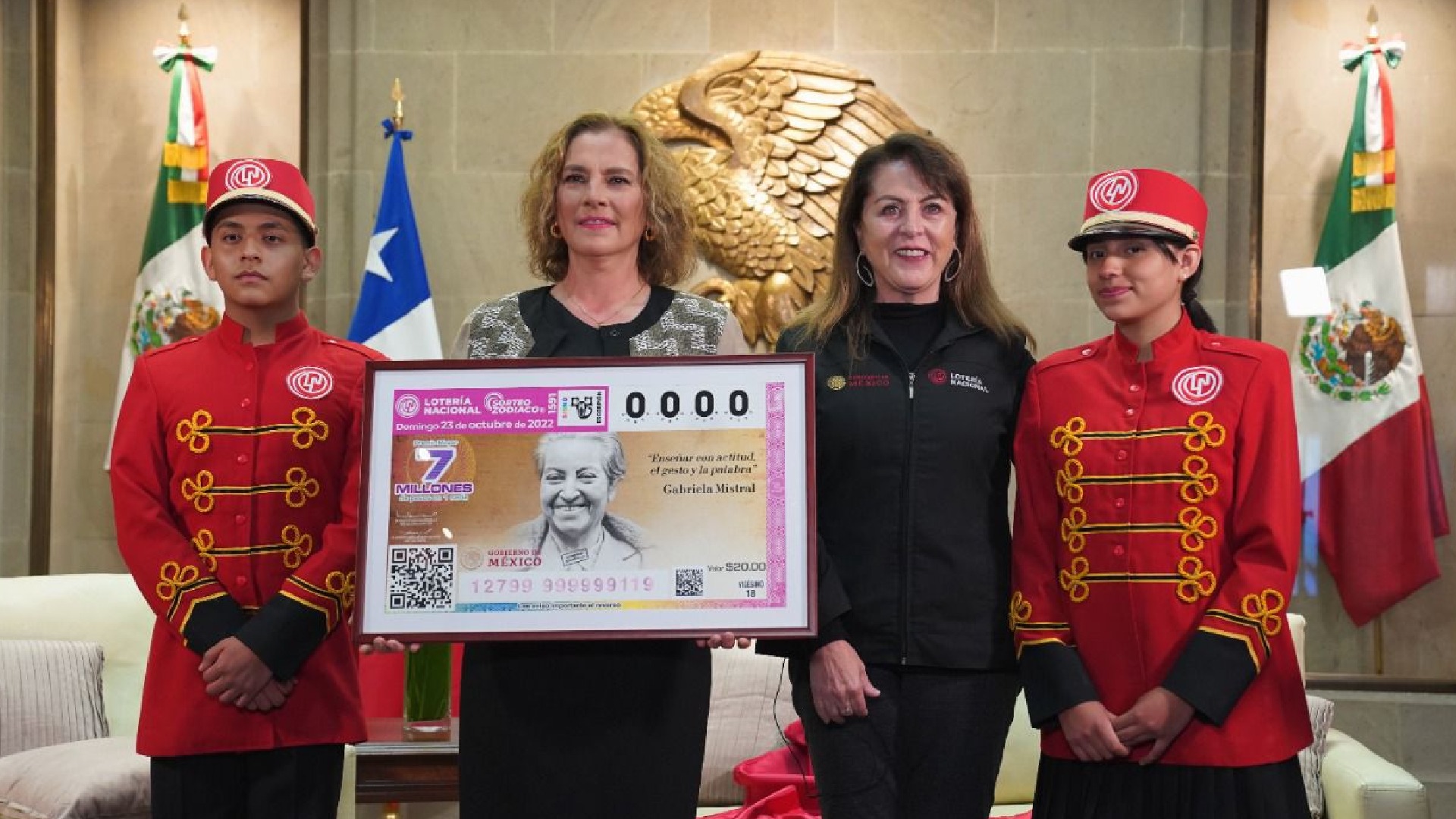 The Governments of Mexico and Chile framed the celebration for the centenary of the arrival of the Chilean writer Gabriela Mistral (1889-1957) to Mexican territory, with the unveiling this Wednesday of a National Lottery ticket (Lotenal).

In a statement, the public assistance institution reported that from the National Palace, the writer and researcher Beatriz Gutierrez Mullerwife of the president Andres Manuel Lopez Obradorunveiled the ticket that commemorates the centenary of Mistral’s arrival in Mexico.

Meanwhile, from the offices of the Embassy of Mexico in Chilethe sociocultural coordinator of the Presidency of the Republic of Chile, Irina Karamanosalso did the same.

This ticket pays homage to the South American writer and teacher, who spread the teaching among peasants, workers and children in rural areaswhile developing her passion as a writer, which in [1945would make her worthy of Nobel Prize for Literature. 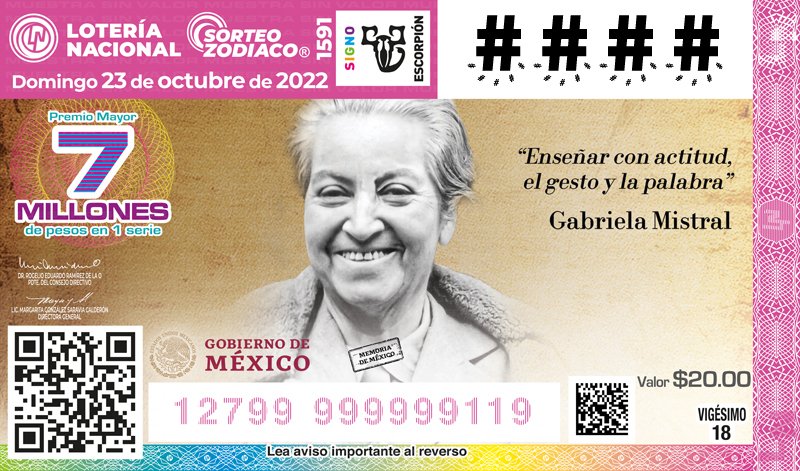 In addition to Mistral’s smiling face, the bill with vivid roses and gold has the phrase “Teach with attitude, gesture and word”. The draw will be next Sunday, October 23, and a jackpot of 7 million pesos.

Lotenal recalled that the teacher also collaborated with the first head of the Ministry of Public Education (SEP), Joseph Vasconceloswho was in charge from 1921 to 1924 and promoted the national educational reform.

The agency reported that with the image of Gabriela Mistral in the lottery pieces, the great work and outstanding work carried out by the Chilean writer in both countries will be disseminated nationwide.

In addition, the celebrations for the poet’s arrival in Mexico will continue through Fandangos por la Lectura, where works by José Vasconcelos and Gabriela Mistral will be remembered; the issuance of a commemorative stamp from the Mexican Postal Service (sepomex), and a silver coin.

It should be remembered that last October 24 in Santiago de Chile, Gutierrez Mueller was part of the special guests to commemorate the 100th anniversary of the arrival in Mexico of the award-winning Chilean poet.

And it is that López Obrador announced that he was going to honor Gabriela Mistral, born in 1889 in the Andean community of Vicuña.

“We will dedicate many days in the weeks to come to talk about the legacy of Gabriela Mistral in Mexico and how our country, in turn, enhanced her thinking, her artistic creation and her teaching career,” Beatriz wrote on Facebook in response to her post. husband. 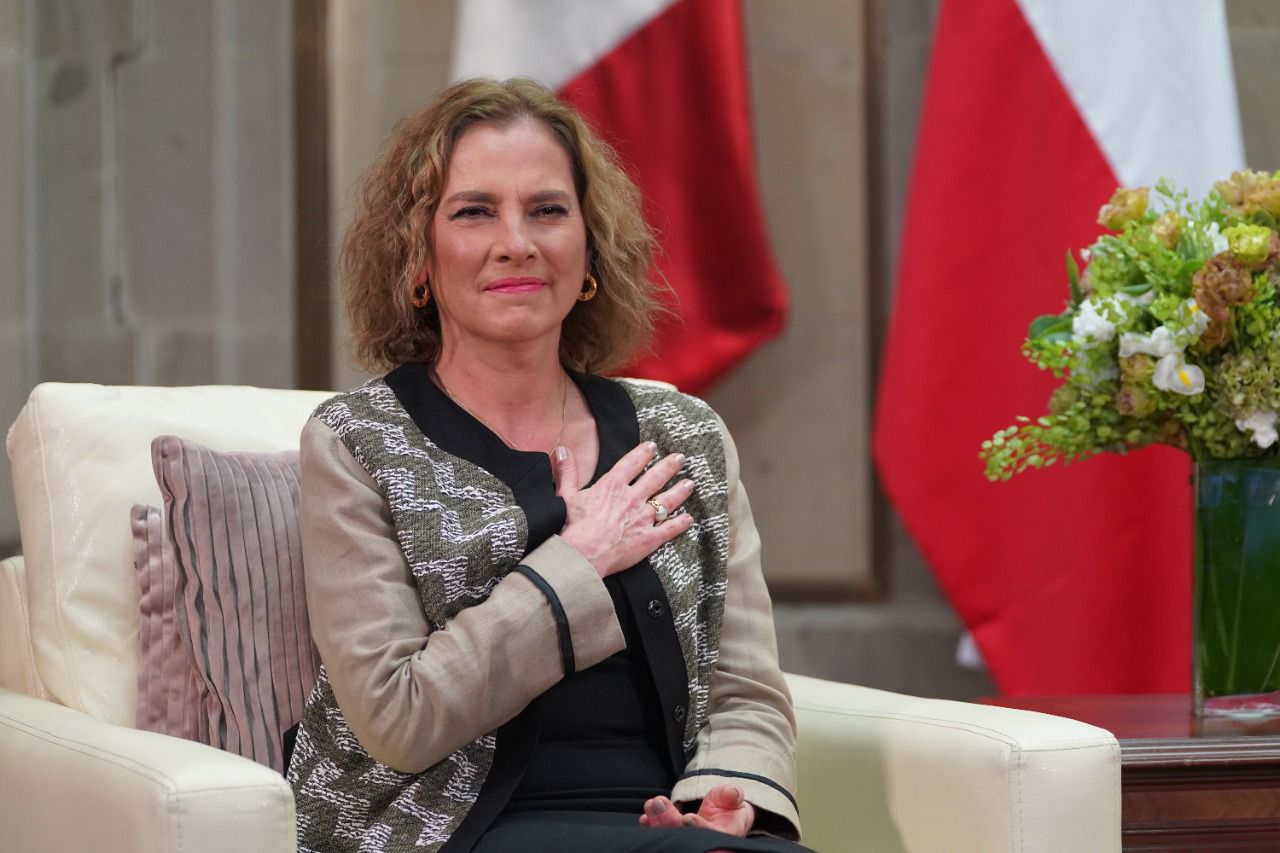 Beatriz, since the beginning of her husband’s mandate, has held an honorary position on the Historical and Cultural Memory Advisory Council, a position that is not considered to be an official or diplomat. However, the president’s wife has represented Mexico and her husband abroad on several occasions.

Last March, also in Chile, the Mexican writer attended the inauguration of Gabriel Boric, current president of the South American nation. In August, history repeated itself but this time in Colombia, when Gustavo Petro took office in Bogotá, before leaders and special guests from around the world.

Mexico and Chile honored Gabriela Mistral with a lottery ticket