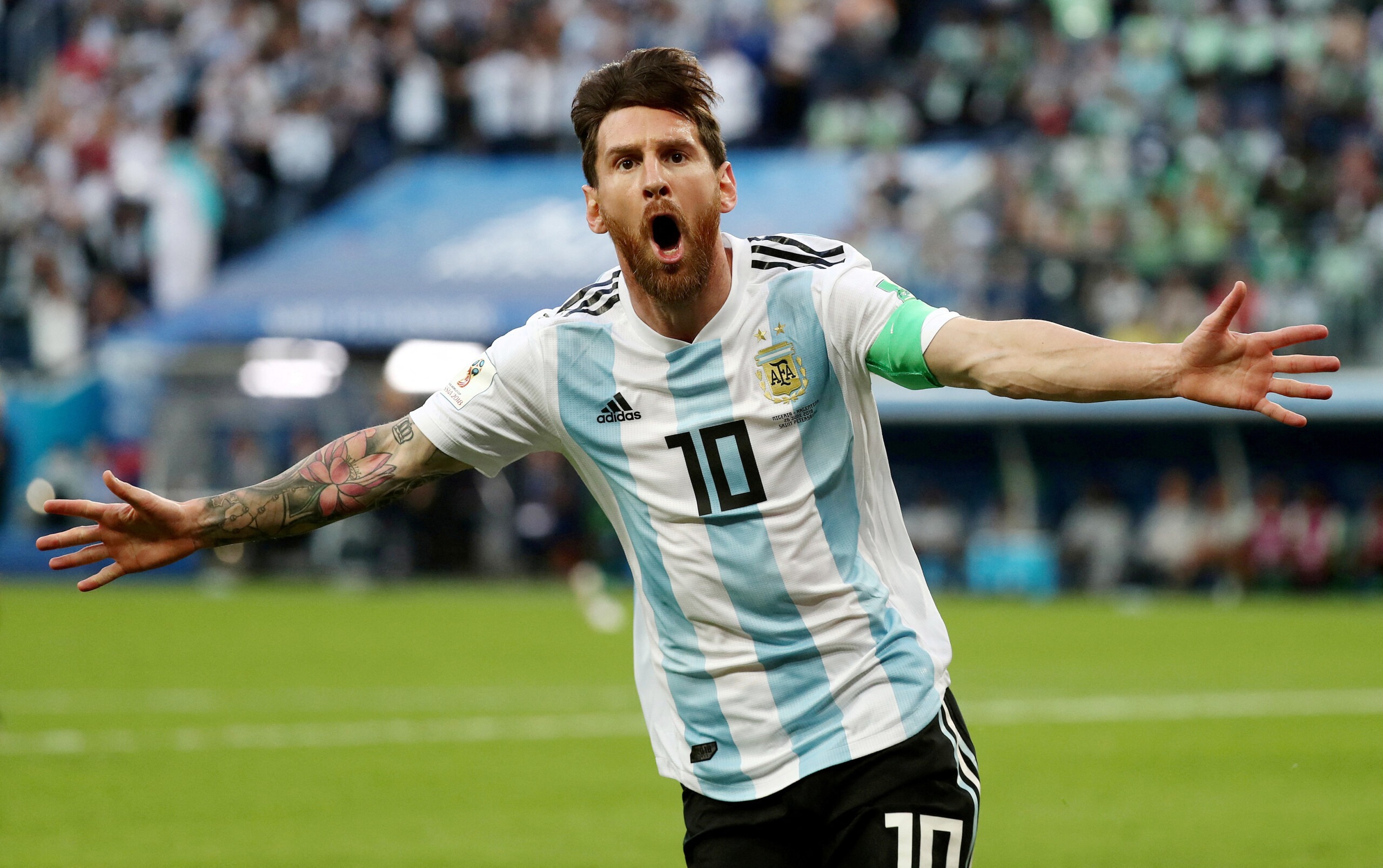 Tweet
Share
Share
Pin
Can Argentina grow more if it wins the World Cup?: what the data from 1978 and 1986 say according to an academic paper REUTERS/Sergio Perez/File Photo

Is the fate of the Argentine Government and society tied to the performance of the national team in the World Cup in Qatar?

Price freeze: Kirchnerism needs to recover the income of Argentines to face the 2023 campaign

Sergio Massa risks with a formula that failed on several occasions in recent years. The danger is that the pot is uncovered and causes an inflationary peak worse due to the contained increases

Beyond political speculation, an academic paper tries, through data and theoretical analysis, to project what impact of “spillover” the possibility of winning the World Cup will have on the economy.

Amid the tension of Together for Change, its economists evaluate Massa and try to define a plan for 2024

Marco Melloan economics researcher at the University of Surrey, used OECD data from 1961 “to examine whether winning the FIFA World Cup boosts GDP growth, as analysts and the media concurrently claim.” with each edition of this football competition”. 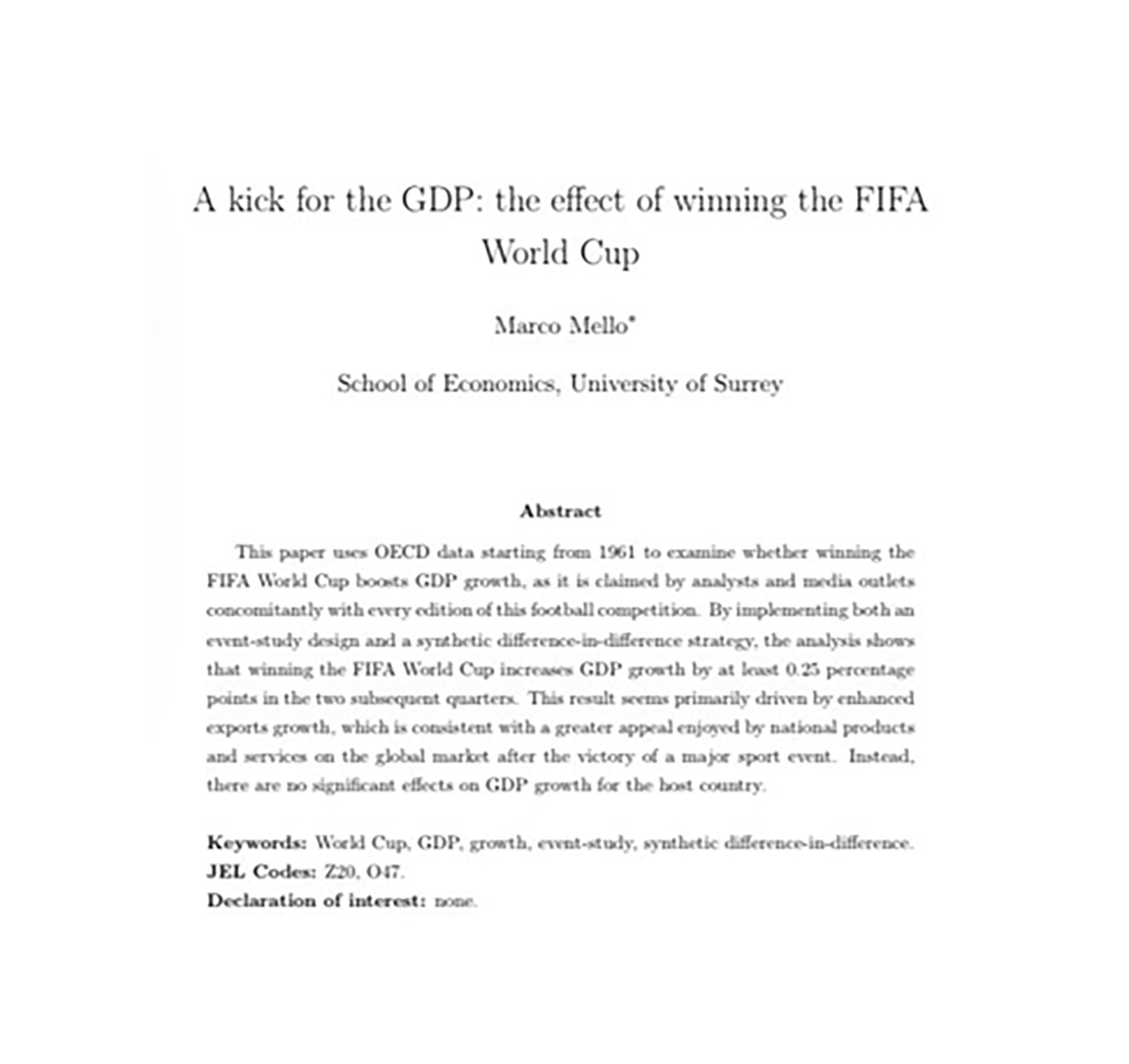 The paper on the effect of the World Cup on GDP

Based on these figures and “applying both an event study design and a synthetic difference-in-differences strategy, the analysis shows that winning the FIFA World Cup increases GDP growth by at least 0.25 percentage points over the years. next two quarters.

Massa announced new measures for imports: “We had a festival that demolished reserves”

SMEs will be able to count on an automatic foreign exchange advance from the Central Bank. The minister participated in a meeting with economy and industry officials from the provinces at the CCK

According to the expert, “this result seems to be driven mainly by the increase in export growth, which is consistent with the greater attractiveness enjoyed by national products and services in the world market after the victory of a major sporting event. In contrast, there are no significant effects on the growth of the GDP of the host country”.

Given that in Argentina there were no quarterly data when the national team won the world cup in 1978 and 1986, it is possible to use the annual GDP data that is compiled in the book “Two Centuries of Argentine Economy”, directed by orlando ferreres. There he recalls that before the cup won during the dictatorship, in 1977, the economy grew 6.3%, then it fell 3.2% in 1978 and in 1979 it actually rebounded 6.9 percent. The economic team Alfredo Martinez de Hoz was trying to stabilize a complex price situation -including controls- since in 1978, while Mario Alberto Kempes raised the World Cup in the River stadium, inflation reached 175% per year and in 1980 100%, before the “tablet” scheme exploded. 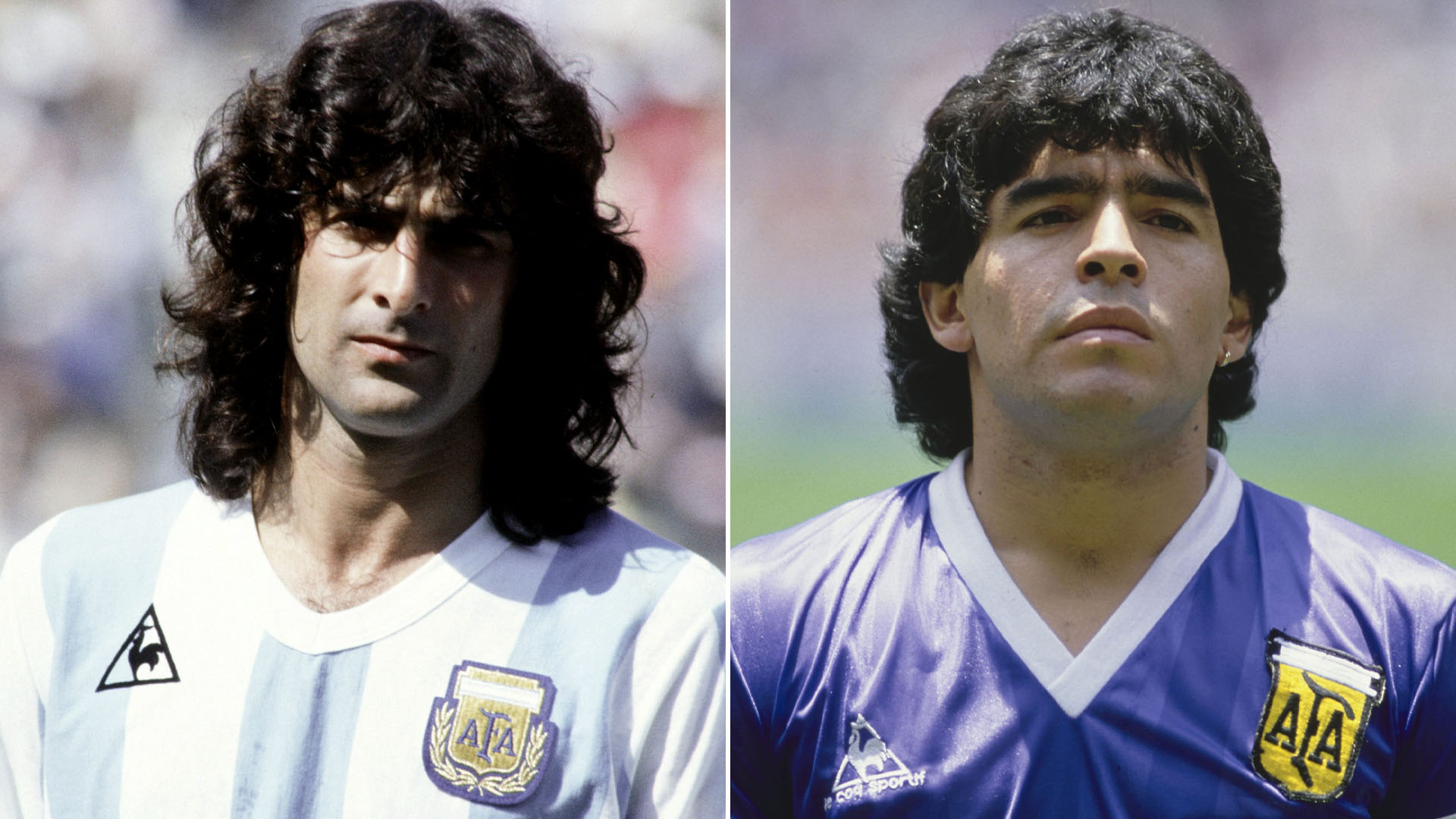 In 1985, before the World Cup in Mexico, the government of Raul Alfonsin launched the Austral plan to reduce strong inflation, based, once again, on a price and salary freeze scheme, together with the exchange of the Peso for the Austral and the commitment to stop the monetary issue, while inflation was located at 2300% annualized. After the launch of the Austral in June 1985, inflation fell from 30.5% in June to 3.1% in August, 2% in September and found its floor that year with 1.9% in October. A respected Nobel laureate in economics, Franco Modigliani, He called the new plan “a miracle.” That year ended with a price rise of 385.4% and 1986, when Diego Maradona raised the World Cup in the Azteca stadium, at 81.9 percent. Meanwhile, the GDP fell 6.9% in 1986 and grew 7.1% in 1986 and 2.5% in 1987.

According to Mello, “only 8 countries, and exclusively from Western Europe or South America (that is, Germany, Argentina, Brazil, Spain, England, France, Italy and Uruguay) have won at least one of the 21 editions of the World Cup of football”. 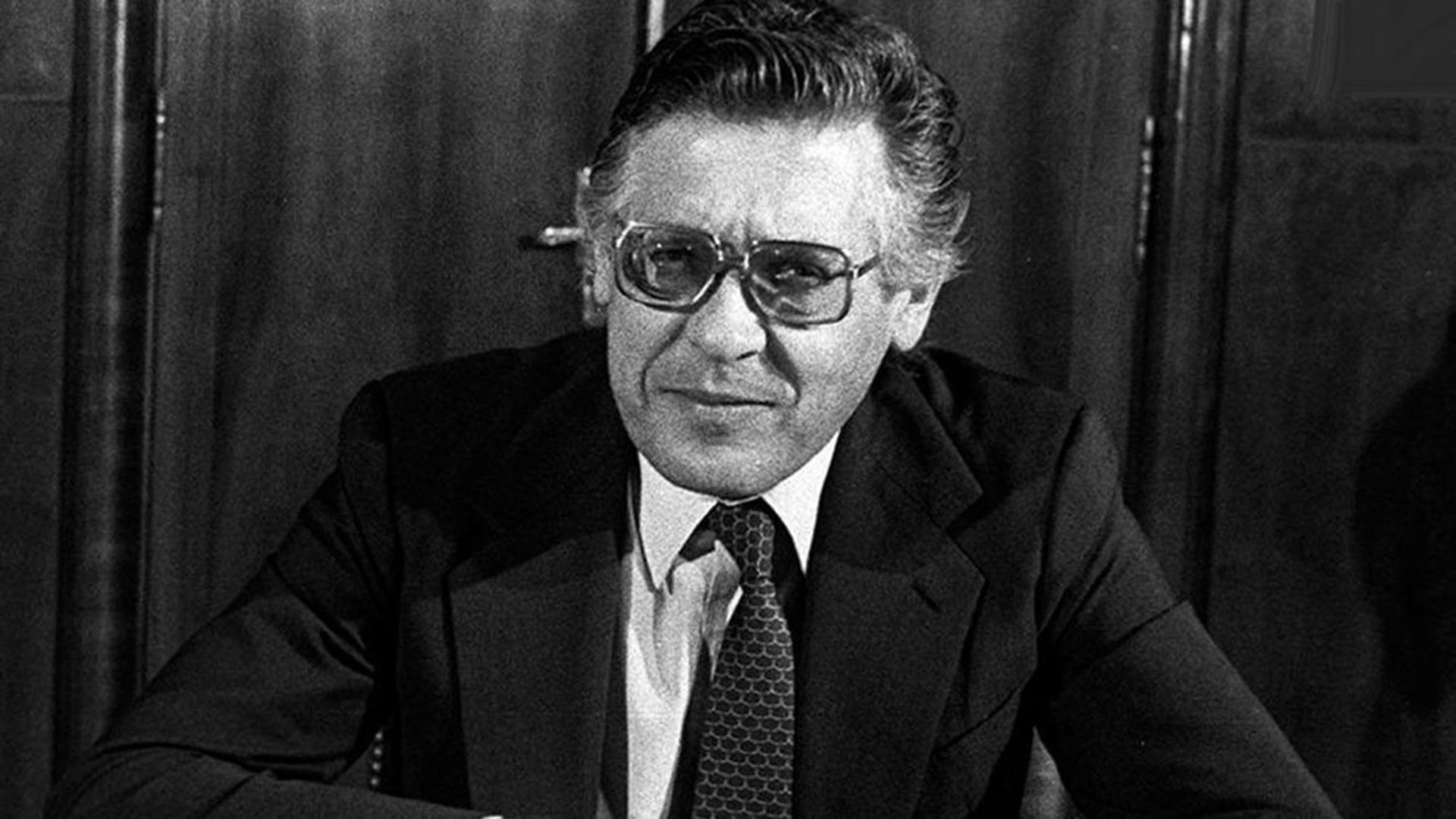 Juan Sourrouille, the minister who launched the Austral

“It is common belief that winning the FIFA World Cup implies a boost in GDP growth. This popular conviction is based on the idea that success in one of the most watched and prestigious sports competitions in the world increases the confidence of consumers and investors, that if they are stimulated by victory and moved by a greater Keynesian animal spirit, they have the potential to affect the business cycle,” said the Ph.D. in Economics from the University of Surrey and a BA and MA in Economics from the University of Florence.

For this year, while expectations are placed on the team of Leo Messithe Government expects the economy to grow by 4% and the next by 2%, although it remains to be seen whether, given the current instability, which can be compared to that experienced by the country before winning both world cups, the dream of repeating this achievement in Qatar pushes the economic outlook to improve.

The Budget added an additional $560,000 million in spending in 2023 due to changes in Congress: which items were increased
Earnings: Massa anticipated that the non-taxable minimum will rise from November and will be above 330,000 pesos
The Government changed the adjustment for inflation for companies and they will be able to defer it over three years
An article of the 2023 Budget will benefit 130,000 truckers with an extra that the opposition calculated at $350,000 per year

More than a World Cup: how much can a country’s economy grow by winning in Qatar and what happened in 1978 and 1986 in Argentina