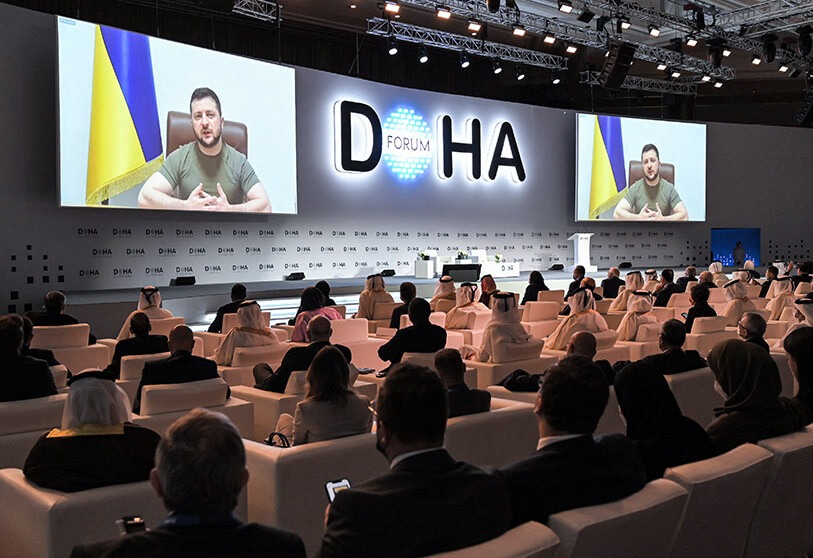 “When I got on the plane in Poland on the way to Doha, they served me food and at that moment I allowed myself to cry for the first time since the war began.” The confession of the Ukrainian deputy foreign minister Emine Dzhaparova infected the participants in the Doha Forum with pain and solidarity, which in its twentieth edition opened precisely, after the Emir’s words, with a direct connection with President Zelensky. Another opportunity, in a prominent forum, to seek allies in the world. The multilateralism fostered in this meeting that has brought together two hundred world leaders – from the president of the UN General Assembly to Bill Gates – is the recipe for seeking a peaceful solution not only to Ukraine but to other burdened conflicts. Along with Borrell, the most outstanding Spanish participant was Miguel Ángel Moratinos, who from his position in the United Nations advocated that conflicts not overshadow the world agenda on solutions to climate change, migration, the pandemic, etc., which are not achievable in a world without peace.

Fear of the Russo-Ukrainian war and its far-reaching repercussions has become a catalyst for seeking solutions to other long-stubborn conflicts. Undoubtedly, the tragedy that Europe is experiencing is being an incentive to seek ways out of other entrenched problems. If in the last forum before the pandemic the news was the cornering of Qatar by the Saudis and other emirates, in this edition we saw the Saudi and Qatari foreign ministers sitting side by side on the opening session panel. . Iranians and North Americans, previously irreducible enemies, and now participating in the same dialogue table, also made news. Iranian Deputy Foreign Minister Mohammed Hassan Sheikholeslami and Californian Congresswoman Jane Harman put notes of hope that the dialogue will finally bear fruit.

Without a doubt, Qatar, due to its energy power and capacity for dialogue, can illuminate some solutions to entrenched conflicts such as that of Yemen or Iran, without forgetting the Palestinians, Libya, Afghanistan and the great urgency of stopping the carnage in Ukraine. Specifically, Turkey, a great Qatari ally, had a very prominent presence at the forum, which has led to its calls for dialogue on the Russian-Ukrainian war.

The emir of Qatar set the tone calling for “responsible use of fuels”, and warning that we are facing a crisis that generates “dangers of no return”. Qatar suffered the threat to its territorial integrity, as a small but energetically powerful State, in the recent crisis in the area, which has been able to be overcome with an action based on its security, but with temperance and resorting to the good mediation offices of Turkey or the United States that have restored tranquility to the region. Qatar and Saudi Arabia have ceased their hostility, they visit and talk to each other. Now the regional emphasis is on finding a way out of the blockade that Iran is suffering, trying to reach an agreement with Washington. That way out, on the nuclear issue and the current economic sanctions, could positively influence other hot spots like Syria. Zelensky did not forget in his speech via the internet to say that “Mariupol is like Syria.” Total destruction of urban areas, without consideration or humanitarian concessions. And he called for the war to end and “not tarnish the upcoming celebrations of the month of Ramadan.” The representatives of the United States did not forget to praise Qatar’s help in the withdrawal of US troops from Afghanistan. Undoubtedly a tactical release, for the release of troops and weapons when the war scene has moved to Europe. 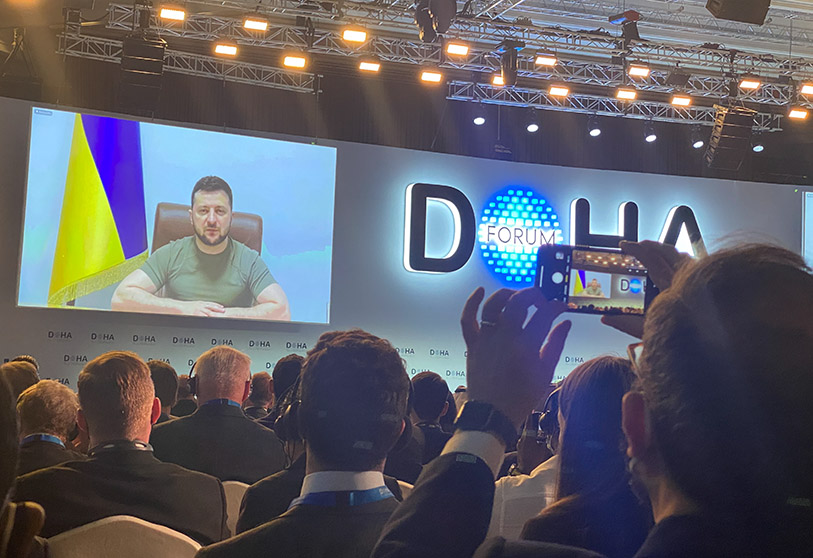 He also highlighted the European voice of Josep Borrell in the opening session, pointing out that we are not “facing a European problem, not even a Western one in the Ukraine war, but rather a global issue. We need more rule of law and more balance of power. The whole world is in danger.” Putin in his macabre flight forward has brought out the nuclear weapon, but it is not the only bomb nor the only fear: below it are the crises of lack of food, the dislocation of people fleeing, migrations from Syria Ukraine, and always in the background the energy issue.

Eyes turn back to Iran and Qatar in search of solutions to Russia’s energy dependency. Undoubtedly, North American and European diplomacy are looking for solutions, and the previously unthinkable dialogue with Caracas or Tehran is going in that direction, even with Algeria. Goodwill exists in the case of Qatar, although as our ambassador in Doha, Belén Alfaro, recognized, a good connoisseur on the ground, most of the contracts already signed are long-term and there are hardly any reserves available to increase the flow of gas. The pandemic slowed extractions. Now they want to accelerate based on European requests. Qatari gas, which covers part of Spanish consumption, preferably travels to South Korea, China and Japan. An increase is on the way, although it will not be as fast as desired, and as Germany has just requested Qatar to undo its excessive energy dependence on the Russian giant. For example, Técnicas Reunidas has work in Qatar to speed up new plants for the extraction and transformation of gas. 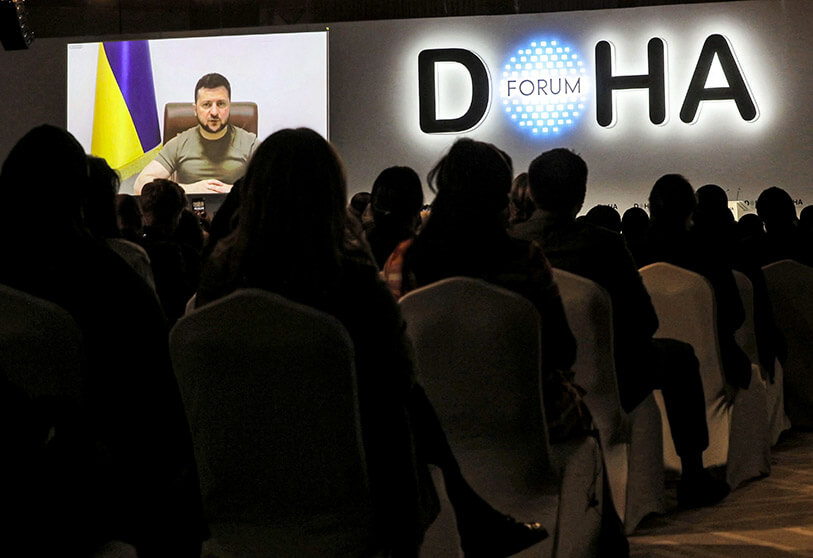 This meeting in Doha initially wanted to talk about climate change and the sustainable world that we must get closer to. The war has drowned everything. Sometimes it even clouds the debate. With energy and speaking clearly, the high representative of the United Nations for the Alliance of Civilizations, the Spaniard Miguel Ángel Moratinos, recognized that “if there is war and destruction, the rest of the debates are clouded” One of the few participants who has already attended At the first session of the Doha Forum 20 years ago, he sees how the debate has changed from the terrorist threat after the attack on the Twin Towers in New York to the current need for dialogue on diversity, progress in the battle against climate change and diplomacy multilateral in the face of an eventual return to the politics of spheres of influence. “We are back to an agenda where security is paramount” Twenty years ago under the shadow of the serious attack in New York, it was difficult to create a new international agenda on climate change, aid to refugees or even lately on solutions to the pandemic. But it was achieved. Now the fear is that this war, to which a prompt diplomatic solution must be given, overshadows the rest of the issues- we must tie ourselves to real multilateralism as a way out of this and the rest of the conflicts, Moratinos believes.

By accident, our ambassador to the United Nations, Agustín Santos, was also in Doha. to participate in another conference on counterterrorism, making it clear that there are issues that do not vanish, but that the priorities on the international board fluctuate, and that of a conflict in the heart of Europe (with military, geographical, energy, health, of migration, etc.) occupies the main gaze of the whole world. 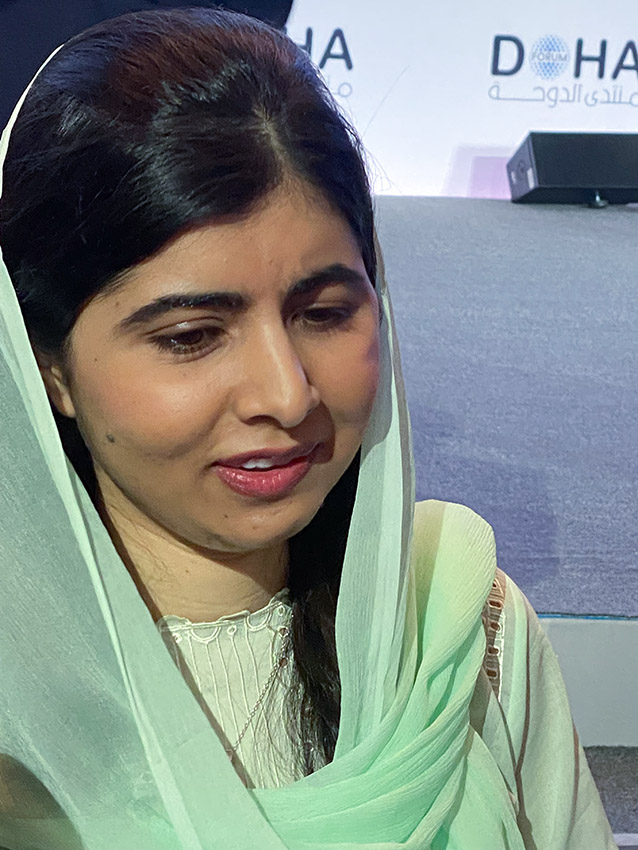 Without a doubt, the landscape of strategic alliances is changing. Multilateralism gains strength in the face of crises that greatly affect small and medium-sized countries. The warning against policies based on spheres of influence is clear. Russia’s flight forward on the path cleared after the Cold War has surprised many, unsettled some, and is leaving a trail of dead in a particular country denied its very existence. The guarantees of security, sovereignty and territorial integrity of the countries have once again been called into question before the blow of Putin’s Russia. In Doha, some possible ways out and new alliances have already been intuited in the face of this change to a multipolar world, in which energy is a dominant element to maintain peace and security or to destabilize them.

We have seen in Doha 2,300 participants, including the two hundred panelists, from 142 nationalities and 104 countries, in more than fifty sessions throughout the two intense days of debates and conferences. The young Nobel laureate Malala, Bill Gates, UNICEF representatives and even FIFA’s Infantino have passed through the panels, in a great mix of civil society, experts and political leaders. All with a desire for peace, who could not transfer live to representatives of Russia, who were conspicuous by their absence. 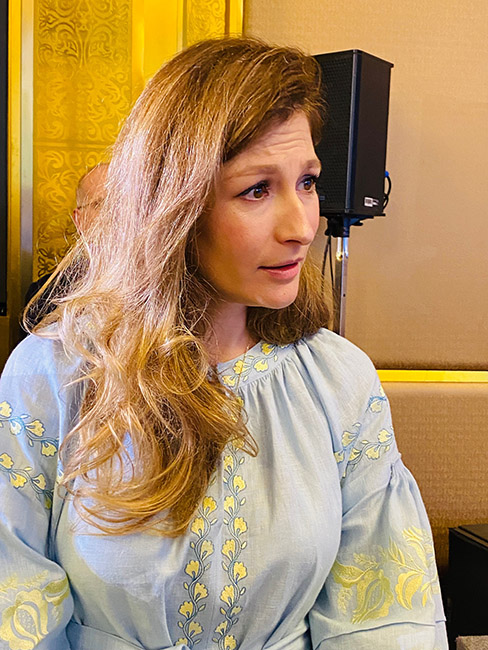 had the final word the President of Kosovo, Vjosa Osmani, who spoke precisely about his experience with multilateralism as a formula for a solution to the Balkan conflict, noting that “with history changing and new alliances developing, … multilateralism has never been more important than it is now.”

Perhaps on her plane back to her country at war, the Ukrainian deputy minister noticed the screens of Qatar Airlines announcing the establishment of the new Doha-Odessa air route. Those planes and those passengers will hardly reach the scheduled destination now in better times. The future commitment is to maintain it, and then we will know that the war will be over and that Ukraine remains a landlocked country, with freedom of movement by land, sea and air.

Multilateralism at the Doha Forum