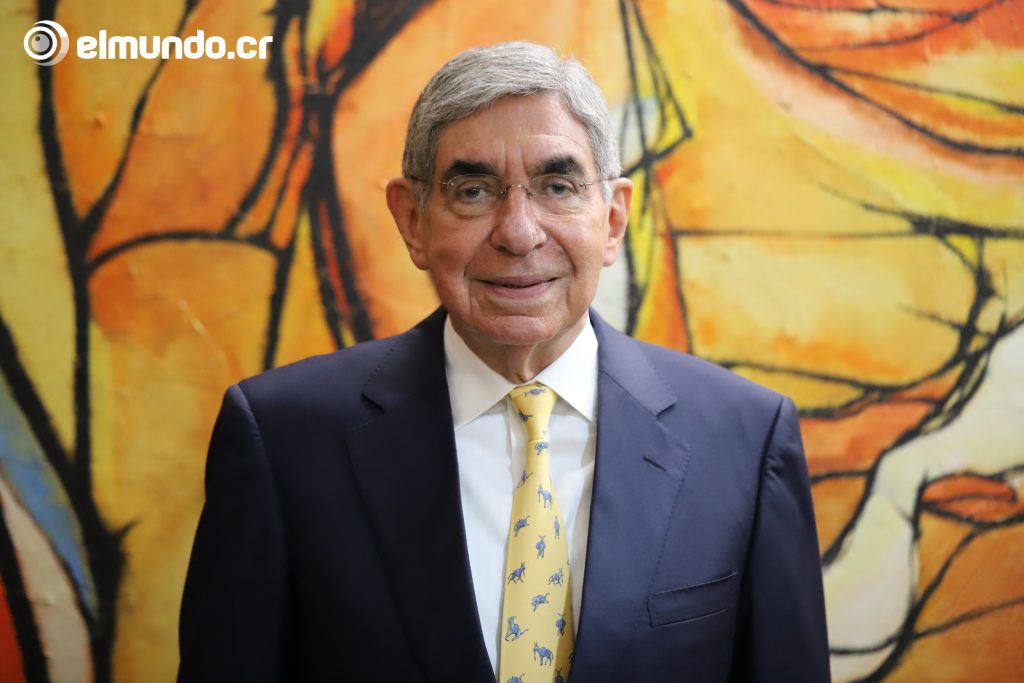 San José Apr 10 (elmundocr) – The former President of the Republic and Nobel Peace Prize winner, Oscar Arias Sánchez assured that “negotiating with Putin is the only way out”.

For the former president, “as the crisis in Ukraine worsens, so does the need for negotiations.”

Given this, he recalled that “UN Secretary General Antonio Guterres has warned that Ukraine is being decimated before the eyes of the world and the only reasonable option is an immediate cessation of hostilities and serious negotiations based on the principles of the UN Charter. and international law”.

“Although there have already been talks between Ukraine and Russia, the press coverage highlights that they have not made any progress,” he lamented.

However, the politician stressed that, “make no mistake: the only way out is a negotiated agreement. Even in seemingly intractable situations, with uncompromising actors, the power of reason can prevail. Dialogue can make the impossible possible. I know this from personal experience.”

“In my first term as president of Costa Rica in the late 1980s, the situation in Central America was also thought to be intractable. The civil wars in Guatemala, El Salvador, and Nicaragua had produced bloodshed and suffering to a horrifying degree,” he recalled.

For the Nobel Peace Prize winner, “achieving comprehensive peace agreements seemed illusory (at least, in the opinion of self-styled realists). However, we managed to bring the parties together, and the impossible happened: the wars ended.

To which he pointed out that “something similar can still happen in Ukraine. The Russian invasion is a flagrant violation of international law and the UN Charter, but that does not eliminate the possibility of reaching an agreement that guarantees peace and security for Russia and Ukraine.”

According to Arias, “George F. Kennan, the 20th-century diplomat who formulated US policy of containment for the Cold War, put it very well”:

“The willingness to use nuclear weapons against other human beings (against people we do not know, whom we have never seen, and whose guilt or innocence it is not for us to establish), thereby endangering the natural structure that serves as the foundation of civilization…as if the safety and perceived interests of our generation were more important than anything that has ever taken or may ever take place in civilization, it is nothing but arrogance, blasphemy, indignity (an indignity of monstrous dimensions) in the eyes of God”.

For the former president, “in the current crisis, we need all the relevant parties to commit, at a minimum, not to initiate the use of nuclear weapons or threaten to use them. And the only way to achieve this is through dialogue and negotiation.”

He also recalled that “in his inaugural address in 1961, United States President John F. Kennedy declared:

– «Let us never negotiate out of fear, but let us never be afraid to negotiate». And then he put those words into action.”

He also stressed that “after the Cuban missile crisis in 1962 (a close encounter with the apocalypse) negotiations came that led to the Nuclear Non-Proliferation Treaty, based on the promise of nuclear disarmament.”

“Today, 191 countries (including Russia, the United States and all NATO members) are signatories to the treaty,” he reviewed.

According to Arias, “we already agreed once to repudiate nuclear recklessness; we can do it again.”

The recent UN General Assembly resolution regarding Ukraine “urges the immediate peaceful resolution of the conflict between the Russian Federation and Ukraine through political dialogue, negotiations, mediation and other peaceful means.”

“These words express the desire of people around the world,” he said.

However, he stated that “of course negotiating a comprehensive agreement will not be easy. Holding sporadic meetings to air political grievances doesn’t help.”

“What is needed now is a ceasefire and serious dialogue at the highest level. We must commend all efforts in that direction, remembering that the alternative is a relentless escalation of hostilities,” she stated.

Before which he asserted that “for this reason, many other winners of the Nobel Peace Prize have accompanied me in a request to the governments of Ukraine, Russia, the United States, the European Union, the United Kingdom and other countries to initiate diplomatic talks of high level immediately.

“Those who participate in the negotiations (including top-level officials) must keep in mind that they will not be able to get everything they want,” he said.

According to Arias “they must be willing to understand the interests and points of view of the other party. Ukraine must receive guarantees of sovereignty, security and democracy.”

“Russia must receive guarantees that its security interests are respected and taken into account. And both parties must be willing to be flexible and make concessions,” she added.

“If these conditions are met, the negotiations can lead to progress towards peace. In fact, it is the only way to obtain a lasting solution”, he maintained.

Although this possibility seems remote today, we must not lose hope. As Costa Rican poet Isaac Felipe Azofeifa wrote:

Really, son, all the stars have already left.

But it never gets darker than when it’s going to dawn.”

The former president stressed that “today we live in dark times.”

“But sometimes tragedy becomes a vehicle for the birth of a brighter future,” he stressed.

“I have seen it in Central America. Hopefully soon the world will see the same thing in Ukraine,” she concluded.

Negotiating with Putin is the only way out, assures Oscar Arias