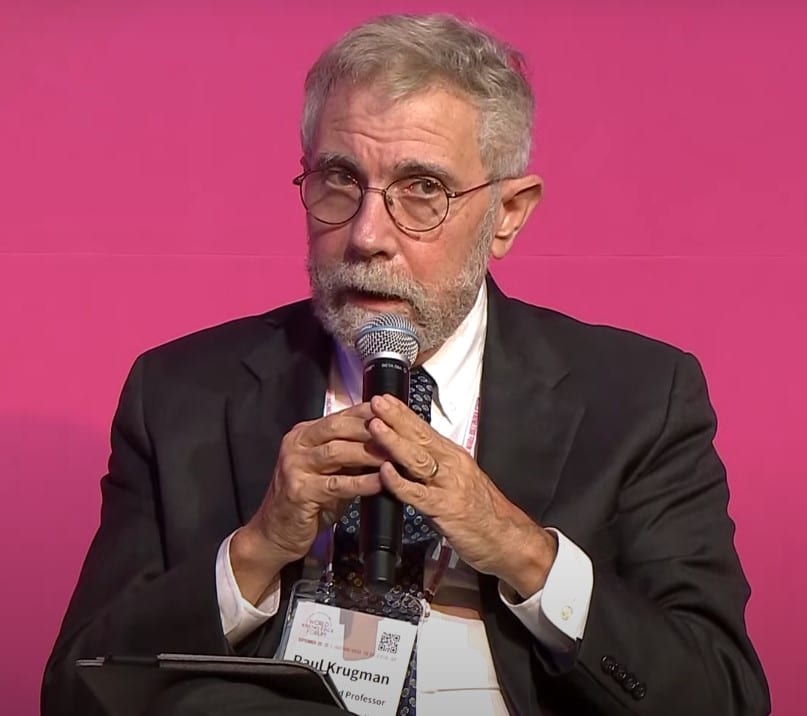 Paul Krugman, winner of the 2008 Nobel Prize in Economics, believes that the bitcoin (BTC) ecosystem, including all cryptocurrencies, is nearing extinction.

This was pointed out by Krugman in his last Article of opinion, in which he comments that the term cryptowinter (used to refer to a bear market) is inappropriate. He believes that, when it comes to bitcoin, these days it’s better to talk about “Fimbulwinter”referring to the event in Norse mythology that precedes the end of the world.

Many people say that we are going through a “crypto winter”. But that may understate the case. This is looking more and more like Fimbulwinter, in this case, not just cryptocurrencies, but the whole idea of ​​organizing economic life around the famous “blockchain.

In his article, Krugman also refers to Bitcoin technology, which he classifies as useless. According to him, in the wake of the FTX drama, many institutions started to abandon their blockchain projects after believing that it would help them solve their problems.

However, the economist does not take into account that the case FTX has no direct relationship with the Bitcoin networkbut it was a cryptocurrency exchange that had its own FTT token, which was used in risky operations.

The economist recalled that the shipping giant Maersk abandonment recently his corporate project based on blockchain.

Also the Australian Stock Exchange canceled your blockchain project and the same would have passed with the chain of blocks that Amazon Web Services planned to develop. Given all this panorama, Krugman believes the “romance with this high tech” is coming to an end.

However, Krugman does not mention data included in a report of the World Economic Forum in which it is detailed that the majority of Americans believe that bitcoin is the future of finance. “Crypto is here to stay, and it is an issue that is increasingly important for future generations,” the document notes.

Paul Krugman has been a scathing critic of bitcoin, and the ecosystem in general, for at least a decade. He has called cryptocurrency useless, virtually worthless, and above all a tool for criminals and conspirators.

Nevertheless, He has not been the only one who has declared the death of bitcoin, so have others such as the mathematical philosopher Nassim Taleb and the billionaire investor Warren Buffet. In fact, the latter was listed as Cryptocurrency’s Worst Enemy by PayPal Co-Founder.

In the midst of the bear market the European Central Bank is pointing that bitcoin heads to “irrelevance”launching on this occasion his harshest criticism of the invention of satoshi nakamoto.

The European financial institution believes that the current price of bitcoin (between USD 16,000 and 17,000) is nothing more than an “artificially induced last breath” before embarking on the path to oblivion.

as what reported CriptoNoticias At the time, only in the year 2018, bitcoin was declared dead 90 times and 336 times in 2010, but it’s still headed toward its 14th birthday and “its technology will outlast what happened at FTX,” as he put it. he pointed recently BlackRock CEO Larry Fink.

No crypto winter, rather bitcoin is heading towards extinction: Nobel Prize in Economics

TRENCH DIGGERS KNOW THEY ONLY HAVE TWO SIDES
Education and work: the exit of the social plans
Women and their impact on the "STEM world" - La Tercera
Tweet
Share
Share
Pin
Other links: https://awardworld.net/resources/