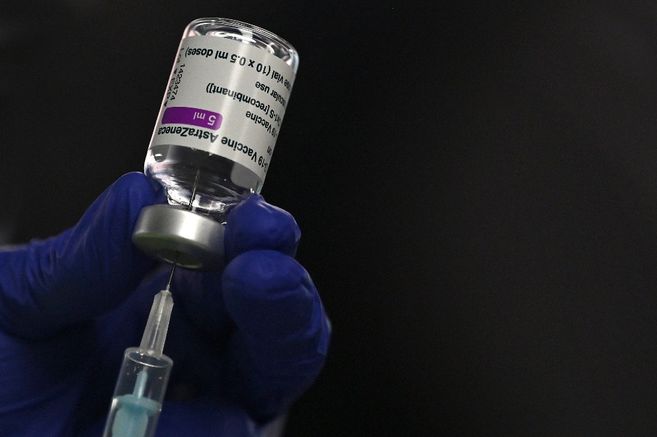 The director of the Nobel also recalled the importance of science “to find solutions to complex problems.”

The Nobel Laureates today asked that vaccines against covid-19, and the knowledge of its importance, reach “all people in all countries,” said the president of their Foundation, Carl-Henrik Heldin, at the award ceremony. , which was held without the presence of the laureates. (It may interest you: South Africa, beyond omicron: a battle to access medicines)

The pandemic, which “continues to deeply affect” lives, has meant that, for the second consecutive year, the awarding of the medals took place in the countries of the winners, although this time the Stockholm ceremony did have the presence of the Swedish kings, Carlos Gustavo and Silvia, Crown Princess Victoria and her husband, Prince Daniel.

At the beginning of the event, Heldin recalled the importance of science “to find solutions to complex problems”, as seen with covid-19 and the “record time” in which effective vaccines have been achieved.

However, as he noted: “Equally sharing the results of science has often been much more difficult. Now we have to make vaccines, and the knowledge of their importance, reach all people in all countries. “

Another challenge “even bigger, perhaps,” is building trust in science and communicating it in such a way that people trust scientific facts rather than unverified information and “even conspiracy theories,” he noted.

This is an important task “if you want to be successful in tackling” common challenges, as global problems “can only be solved through global collaboration carried out in good faith.”

The Nobel Peace Prize had been awarded in Oslo hours earlier to Philippine journalist Maria Ressa and her Russian colleague Dmitri Muratov, for “their efforts to safeguard freedom of expression” and whose “courage and selfless work – Heldin said – are an inspiration. for all”. (We suggest: Covid-19: this is how vaccination is going in Colombia with less than a month to end 2021)

While Ressa, the only woman who has received the Nobel this year, and Muratov were able to collect the award in person, videos of the awards ceremony held this week in the countries of the winners were seen at the Stockholm ceremony.

During the ceremony, the kings and princes occupied the first row of the approximately 300 guests, maintaining a safe distance, and in the Blue Hall of the City Hall there was no lack of the bust of Alfred Nobel, the sound of the fanfare, the flowers, nor the musical interludes, with Swedish actress Lena Olin as the emcee.

The Tanzanian writer Abdulrazk Gurnah was awarded the Nobel Prize for Literature for “his uncompromising and compassionate insight into the effects of colonialism and the fate of the refugee in the gap between cultures and continents.”

Novels by Gurnha, who at age 18 fled as a refugee to the United Kingdom, such as “Paraiso” or “Pilglirms Way” speak “of losing one’s place in the world and then looking for a new place, resisting slavery even when it appears disguised. and in a tempting way ”, stood out at the ceremony. (We suggest: WHO warns of new risk of vaccine hoarding by rich countries)

The award in Medicine went to the Americans David Julius and Ardem Patapoutian (of Lebanese origin) for discovering the receptors of temperature and touch, knowledge that is used in the development of treatments for ailments such as chronic pain.

His discoveries represent “a paradigm shift” in the understanding of how one can perceive and interact with the environment.

The Nobel Prize in Physics recognized the Italian Giorgio Parisi, the German Klaus Hasselmann and the Japanese-American Syukuro Manabe for their contributions to understanding complex physical systems, one of which is the Earth’s climate, which allows reliable prediction of global warming .

The invention of a new technique to build molecules, organocatalysis “very promising as a sustainable technology” to make chemistry greener, has earned the German Benjamin List and the British David MacMillan awards in this specialty.

The nobels of Canadian Economy David Card; the American Joshua Angrist and the Dutch-American Guido Imbens, for their part, have “revolutionized the empirical work of economics” through their analyzes of the labor market and causal relationships.

Nobel laureates call for covid-19 vaccines to reach all countries