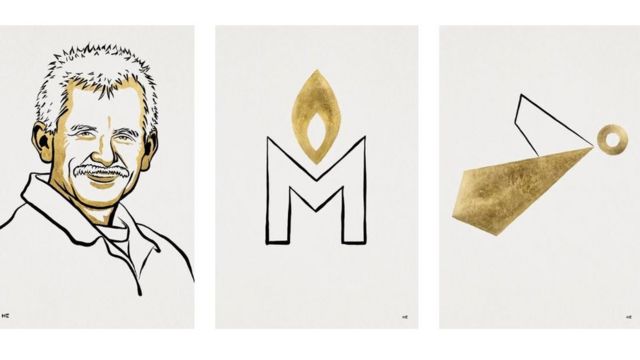 They were honored for their work in protecting the fundamental rights of citizens and demonstrating the importance of civil society in building peace and democracy, the Nobel Committee said.

The laureates represent, said the Committee, the civil society of their countries of origin and “have promoted for many years the right to criticize power and protect the fundamental rights of citizens”.

The Committee highlighted the “extraordinary” effort of these two organizations and the activist to “document war crimes, human rights abuses and abuse of power.”

The Norwegian Nobel Committee highlighted that, with this award, “three outstanding champions of human rights, democracy and peaceful coexistence in neighboring Belarus, Russia and Ukraine” are highlighted.

They stressed their constant efforts in favor of “humanist values, anti-militarism and the principles of law” something that, in the opinion of the Academy, honors the vision of peace and brotherhood among nations, “a much-needed vision in today’s world “.

“That is an acknowledgment for someone or something, not against anyone” remarked the spokeswoman for the Foundation.

An award to “boost their morale”

Ales Bialiatski (1962) was one of the initiators of the democratic movement that emerged in Belarus in the mid-1980s. He has dedicated his life to promoting democracy and peaceful development in his country of origin.

In 1996, he founded the organization Viasna (Spring) “in response to the controversial constitutional reforms that gave dictatorial powers to the president and that triggered widespread demonstrations,” the Committee explained. This organization provided support to imprisoned protesters and their families.

Viasna then evolved into a broad-based human rights organization that “documented and protested the authorities’ use of torture against political prisoners.”

Despite tremendous personal difficulties, Bialiatski has not given an inch in his fight for human rights and democracy in Belarus.

Bialiatski was imprisoned from 2011 to 2014. He is currently under arrest.

“We urge the authorities to release him (Bialiatski). Although there are thousands of political prisoners in Belarus and it is not very realistic to think that they will release him,” said the spokeswoman in charge of announcing the Nobel Peace Prize after a journalist’s question about whether he expected Bialiatski to be able to collect the award.

“Bialiatski is detained in very harsh conditions. We hope that this award will help and increase his morale,” they said from the Committee.

The letit motive de Memorial is based on the notion that confronting past crimes is essential to preventing new ones.

After the collapse of the USSR, it grew to become the largest human rights organization in Russia.

“In addition to establishing a documentation center on the victims of the Stalinist era, he collected and systematized information on political oppression and human rights violations in Russia,” they point out in the Committee.

Thus, they point out, it became the most authoritative source of information “on political prisoners in Russian detention centers.”

The organization has also been at the forefront of efforts to combat militarism and promote human rights and a government based on the rule of law.

During the Chechen wars, Memorial collected and verified information on abuses and war crimes perpetrated against the civilian population by Russian and pro-Russian forces. In 2009, the head of the Memorial branch in Chechnya, Natalia Estemirova, was killed because of this work.

Memorial was listed as a “foreign agent” by the Russian government and in December 2021 they decided to liquidate and close its documentation center. Commenting on the forced dissolution, Chairman Yan Rachinsky stated: “No one plans to give up.”

The Center for Civil Liberties was founded in Kyiv, Ukraine, in 2007 with the purpose of promoting human rights and democracy in that country.

“The center has taken a position to strengthen Ukrainian civil society and put pressure on the authorities to make Ukraine a full-fledged democracy“, stand out from the Nobel Foundation.

To turn Ukraine into a state governed by the rule of law, the Center for Civil Liberties has actively advocated for Ukraine to join the International Criminal Court.

Following the Russian invasion of Ukraine in February 2022, the Center for Civil Liberties has been committed to identifying and documenting Russian war crimes against the Ukrainian civilian population. In collaboration with international partners, the center is playing a pioneering role in holding the guilty to account for their crimes.

"Garciamarquiano" and other words that were officially added to the dictionary of the Royal Academy ...
9 Lessons You Should Know If You're Training Obsessively
La Cueva reopens its doors this December 7
Tweet
Share
Share
Pin
Other links: https://awardworld.net/resources/