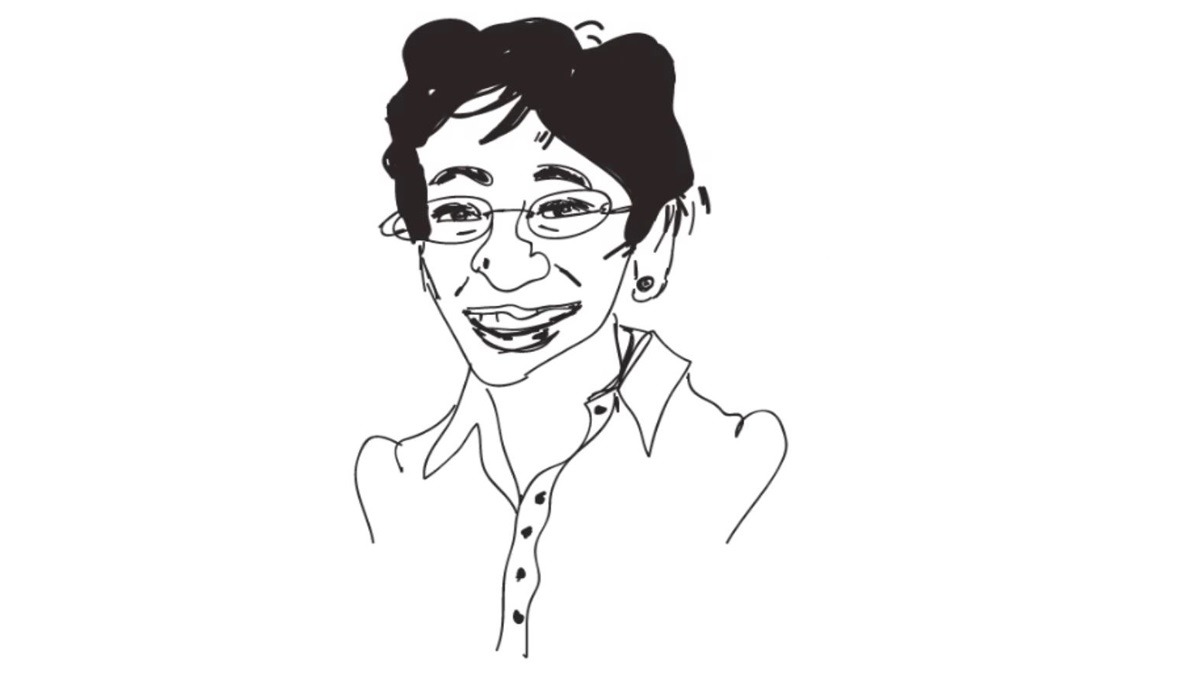 Dear listeners, or rather, dear secretary of the Norwegian committee… I don’t even know where to start. Not every day, nor does everyone earn a Nobel Peace Prize, although of course, I have not won it either. I am far from being awarded anything of that caliber. If it is true that, when the time comes, I could say in my speech that, once, I asked myself what I would say if I were before the jury that awarded it to me, it would be a good start and, perhaps, it would be easier for me to find the words adequate.

I am not Maria RessaIt is an indisputable truth, but it is clear that I would like to be. Not for being persecuted and arrested, or for being forced to pay more than eight bonds to maintain my freedom at the hands of the government of my country, but for the insistent and tireless search for the truth.

At times like this I wonder why I studied journalism. It may be very brave, or completely stupid. Possibly stupid. There are less than six months of career left and it is a constant question, but what is journalism? There are those who qualify it as the best profession in the world, or so the writer Gabriel García Márquez saw it, although it also depends on the point of view from which you look at it. Vladimir Putin or Donald Trump would surely not say the same. For them journalists were, and are, the greatest enemies. Those who attack power through what they consider to be true, even if they are the only truths that exist.

Those opinions matter to me, of course, and they lead me to… what is my opinion? What is journalism for me? I think journalism is Maria Ressa, that petite woman who needs a stool to reach the microphone at her speech stands. The one who, with her kind smile, seems fragile, and so forceful when she speaks. The one who defends the profession and shows what it is to be a journalist, but what it is for real.

Who is María Ressa?

I have many differences with María Ressa, I am aware. I could say that we both breathe, we are alive and we have studied, although each one in a place, a moment and a time. That, possibly, is what further distances us from each other. The multiple options that allow me to discuss issues and investigate events without the risk of being harassed, threatened, or even killed.

At times like this I wonder why I studied journalism. I may be very brave or completely stupid

It is curious to me how the press and the constitutional right to freedom of expression vary. During the pandemic, in Spain, we were all experts, experienced journalists and free to comment and comment. It did not matter if the news that was published was 100% true, they did not need a permission to be broadcast. In the Philippines, last year, two journalists were arrested for the same thing. President, Rodrigo Duterte, he had blocked the information channels, nobody knew what was happening, and that is the worst punishment that can be given. Forbidding to know is the biggest problemSince, by removing that privilege, we even ignore that we have rights, and, therefore, we do not make use of them.

I’ve read that, in United States, more than 50 journalists have been attackedyes, arrested or murdered in the last year. It’s crazy. How in a country that supposedly has enjoyed freedom of the press since the 18th century can find itself in this situation.

I realized that journalism is an art. It is, in part, like the theater that María Ressa studied in college, where the press and power are actors who play two very different roles. One day they are the inseparable lovers, and another, the best antagonists. This creates confusion, and not just me, everyone. How do you explain to someone who does not know which studies to choose that communication is a good alternative?

I may not know the real meaning of the media, that only an inheritance has reached me, but altered from what it was. A metamorphosis of good journalism that, badly and vaguely, can be described as such today. Then,are social media journalism? Or, on the contrary, have they altered the initial DNA so much that the primordial and original ingredient that journalism counted on is unrecognizable? The truth, and the facts, have been left in the dark, letting sensationalism, morbid and fake news take control.

The concept of filter has been changed. Now we are a society that forgets its face without it, but also forgets to have it in front of the content that reaches it through multiple channels. Those filters are a lie, as big as fake news, but with only one difference. Using them we only fool ourselves, while with fake news, we deceive an entire society. We violate the individual freedom of each one and their right to have truthful and real information.

“Challenging the waves, no rudder, no helmsman”Joaquín Sabina sang and I’m sure not even he knows how applicable his words are in today’s society. We go very fast, all day running, from one place to another, from one website to another, but what for? In our hands we carry more technology than they used to send man to the moon, although I don’t know how to appreciate it, well, neither I, nor anyone else.

Every minute we receive thousands of messages, news and information, all very different from the more than 90 hateful comments that Maria Ressa receives every hour. This is the same time a baby is born, or someone dies somewhere in the world. Data flies at the speed of light. The news goes around the world before the earth makes a complete turn. In its beginnings, journalism needed time, to simmer, to prepare before going out into the open. Now the news is flying out of control.

Journalism as a common right

Thanks to communication and technologies, nowadays no one can say: “I don’t know what is happening”, except in places like the Philippines, where disinformation has flooded conventional channels and, of course, digital networks, creating a secrecy which is limited to what they want to be known, and how they want it to be known. A limitation that violates the civil rights for which the founding fathers of the United States fought, reflecting freedom in its constitution and that, centuries later, was copied, but in a blurred and equivocal way by the Philippine governments. Already there are no barriers, the doors and windows have disappeared and data reaches us from all places, and at all times that, on certain occasions, rather than informing, they misinform.

Surely María Ressa would say that quality journalism does not come with seniority, that does not eliminate errors. So, to what extent are we prepared for what is to come? We build foundations lacking in materials in a world full of possibilities that we don’t know how to choose from, asking incomplete questions. Journalism is changing, it may one day be extinct, because the future is no longer tomorrow, it is today, and there are no good questions. It is no longer asking what is to come, but what we are going to do.

I am not María Ressa, but I would like to be

This December 10, thanks to María Ressa, journalism wins an award together with the Russian Dmitry Muratov. It is not individual, nor to his person only, but to what he represents. It is a prize for all. An incentive that, if you try hard, you will get it. If you are looking for the truth. If you are based on the facts. Sooner or later, recognition comes, and triumph, too. If I were María Ressa, I would be proud of what I have achieved, but also of the example that I am for the new generations. So no I am not María Ressa, but I would like to be.

PS: My little tribute is your caricature in my handwriting. For what it’s worth

Nobel Prize for Journalism (1): If I were María Ressa … – cuv3. The digital of the FCOM of Villanueva CU