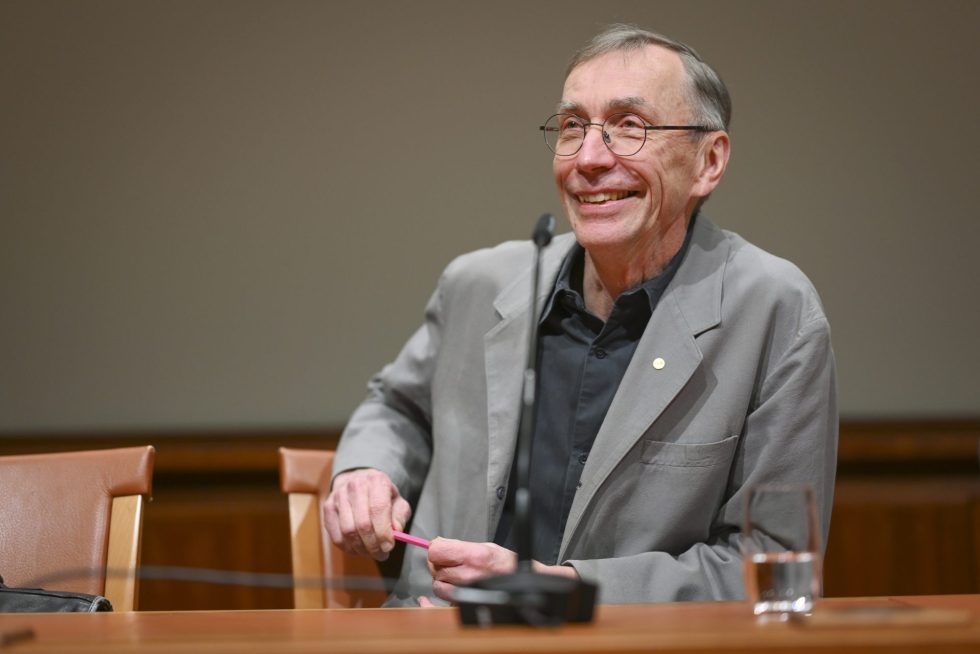 Stockholm (EFE).- The Nobel Prize in Medicine Svante Pääbo knows the DNA of Neanderthals like no one else, a part of which has survived to this day, which is why it could be said that they did not become extinct, but rather live in many of us and influence in things like our health.

This is the first time that the Karolinska Institute has awarded the Nobel Prize in Physiology or Medicine to a human evolution researcher and, in this case, Pääbo plays at home, since he was born in Stockholm (1955), although much of his work has been done developed and continues at the Max Planck Institute in Germany.

In fact, he didn’t think he had a chance, and when he got the call announcing the Nobel award, he thought a friend from the Karolinska was playing a joke on him. “Ten seconds later it sounded too serious to me, so I thought maybe it wasn’t a joke.”

Throughout his career he has managed to extract DNA from fossil remains up to 400,000 years old and has carried out the complete sequencing of the Neanderthal genome.

To his credit, there is also the discovery of the Denisovans, a new species of hominids of which only a piece of a finger is known, found in a cave in Siberia.

“It is quite unique to realize that this new group exists studying only the DNA sequences, because there are no fossils that you can see,” he says in an interview with EFE.

The father of “paleogenomics” also revealed the mixture between Homo sapiens and Neanderthals, which has meant that some modern humans have 3 to 4% of the genome of that species that lived in Europe and Asia, but which almost disappeared. suddenly and without knowing the reasons, about 40,000 years ago.

A genetic inheritance that is a risk factor for getting more seriously ill from covid-19, but that at the same time can protect against HIV, according to their research.

Pääbo says that studies are already being done that compare people, with and without these variants of Neanderthal origin, to see the predisposition to things like pain, the risk of miscarriage, sensitivity to drugs and various aspects of the immune system.

“It can be said that they are not extinct, that they live today in many people and some influences are good and others are bad.”
2018 Princess of Asturias Award, Pääbo has a close relationship with deposits in Spain, especially that of Atapuerca.

An “amazing” place that has given -remember- the oldest DNA sequences of a hominid that exist to date.
They are about 400,000 years old and are of homo antecessor, “an ancestor of the Neanderthals in Europe”, which is very “surprising”, highlights Pääbo, who will continue to visit Atapuerca to try to decipher more of that genome.

About how much you can go back in time, remember that this week a study was published based on fragments of environmental DNA from two million years ago, preserved in the permafrost.

Outside of the remains preserved in that permanently frozen layer, “I’d love to be wrong, but I don’t think we can go beyond a few hundred thousand years.”

Some photographs show the researcher with a Neanderthal skull in his hand looking straight ahead. “It’s just that the photographer liked it,” he says, laughing, adding that “we’re alike in many ways,” so it would be “really fascinating to understand why we were different.”

Knowing the DNA makes it possible to establish a list of changes between the two genomes, some 30,000 are currently known, but he warns that there is “like an exaggeration” of what people think the genome can tell us about a person and highlights the importance in what that we are from culture, education and family.

Son of the 1982 Nobel Prize winner in Medicine, Sune Bergström, he grew up alone with his mother, the chemist Karin Pääbo, and although you must have certain prerequisites to be a scientist, “what you do later and how you do it” influenced “a lot more” what his mother taught him.

Pääbo lends itself to an exercise in imagination about what we would be like if the Neanderthals had survived another 1,400 generations, “which is not that long”, and were still on Earth. “It’s interesting to fantasize about it.”

If we had more biological diversity among humans, “perhaps we wouldn’t be so different from animals and that would influence how we treat other species,” says Pääbo, who concludes that “we could imagine very different scenarios” of what it would be like to live with Neanderthals today. .

Javier Marías, one of the most recognized writers, dies
Nobel Prize for Literature 2021: When and where to see the announcement of the winner of the highest...
Does Giving Money Reduce Poverty? Paul Romer, Nobel Laureate in Economics, has the answer
Tweet
Share
Share
Pin
Other links: https://awardworld.net/resources/