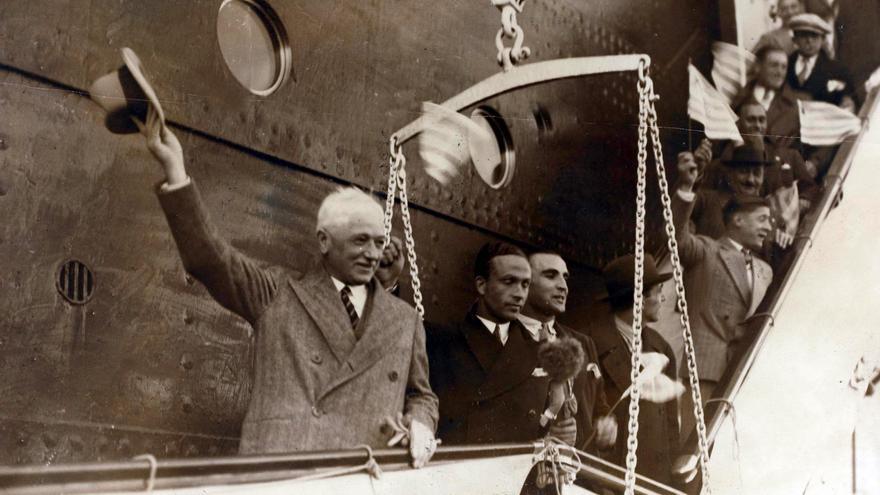 After an awards ceremony in which the Nobel laureates do not speak, the new laureates had the opportunity today to thank the distinction and remember their collaborators or their readers during the toast offered at the end of the banquet in their honor.

The new Nobel Prize for Literature Annie Ernaux, thanked the Swedish Academy in his name and in that of the men and women who have sometimes found in his books “reasons to live and fight, to feel more proud”.

The writer considered that this award for her work forces her “to be even more demanding in the search for a reality and a truth that can be shared”.

Carolyn Bertozzi, awarded in Chemistry, drew applause from the entire room by remembering the students and all the staff they have worked with for “their contributions” to this award.

“Chemists are dreamers,” said Bertozzi, who toasted to “freedom, simplicity and life”which are associated with the achievements and possibilities of the two types of chemistry (click and bioorthogonal) created by her and the other awardees, Barry Sharpless and Morten Meldal.

The Swedish Svante Pääbo, awarded in Medicine, for his Discoveries about the Neanderthal genomerecalled that while he was studying his doctorate in immunology, he carried out his studies on the DNA of fossils “in secret”.

Pääbo, who ended up focusing his career on human evolution and that DNA, called it “amazing” that this “early hobby” ultimately contributed to the establishment of a new field of research, paleogenetics, which for him continues to be “an adventure”.

In the Physics category, Alain Aspect took the floor for John Clauser and Anton Zeilinger, and made a review from the beginning of physics and quantum mechanics at the beginning of the last century until the first experiments carried out by today’s Nobel Prize winners and their subsequent applications.

“It took many decades to go from the first evidence of these extraordinary possibilities of the quantum world” to the first applications, which it should be reminded “our governments and its funding agencies,” he added.


Jules Rimet: war hero, father of the World Cup and candidate for the Nobel Peace Prize

The former president of the United States Federal Reserve, Ben Bernanke, who shares the Nobel Prize in Economics with Douglas Diamond and Philip Dybvig, recalled that financial systems are prone to instabilityso there are “compelling reasons” for governments to monitor them and put in place safeguards.

Bernanke quoted inventor Warren Buffet as saying that “when the tide goes out is when you see who swims naked” and noted that financial crises separate the prepared from the unprepared. “Our work and that of many other economists aims to guarantee both that the financial system is prepared Like the tide doesn’t go out very often.”

The banquet in honor of the new Nobel Prize winners had begun four hours earlier, when King Carl Gustaf of Sweden and honored guests descended the stone staircase which leads to the Blue Room of the Stockholm City Hall.

To the awards ceremony and subsequent banquet Also in attendance were Queen Silvia, Crown Princess Victoria and her husband Prince Daniel, as well as Prince Carlos Felipe and his wife, Princess Sofia.

Queen Silvia wore an aubergine embroidered shift dress with a round neckline and a purple overskirt. Princess Victoria opted for the color pink, with a voluminous skirt and crossed neckline. Pearl gray was Princess Sofia’s bet, in a dress with a long train, high neck and French sleeves.

The menu started with pike-perch with seaweed, stuffed tomato and crunchy flower, as a starter; followed by Swedish venison stuffed with morels and sage with potato terrine, to finish with cheesecake, plum compote and ginger-flavoured mirabelle sorbet.

The floral decoration of the Blue Room responded to the idea of “the strength and joy of flora, color and shape”for which flowers such as zinnias, carnations, orchids and bromeliads were used for the compositions of the table of honor with golden, orange, warm yellow, pink or terracotta colors.