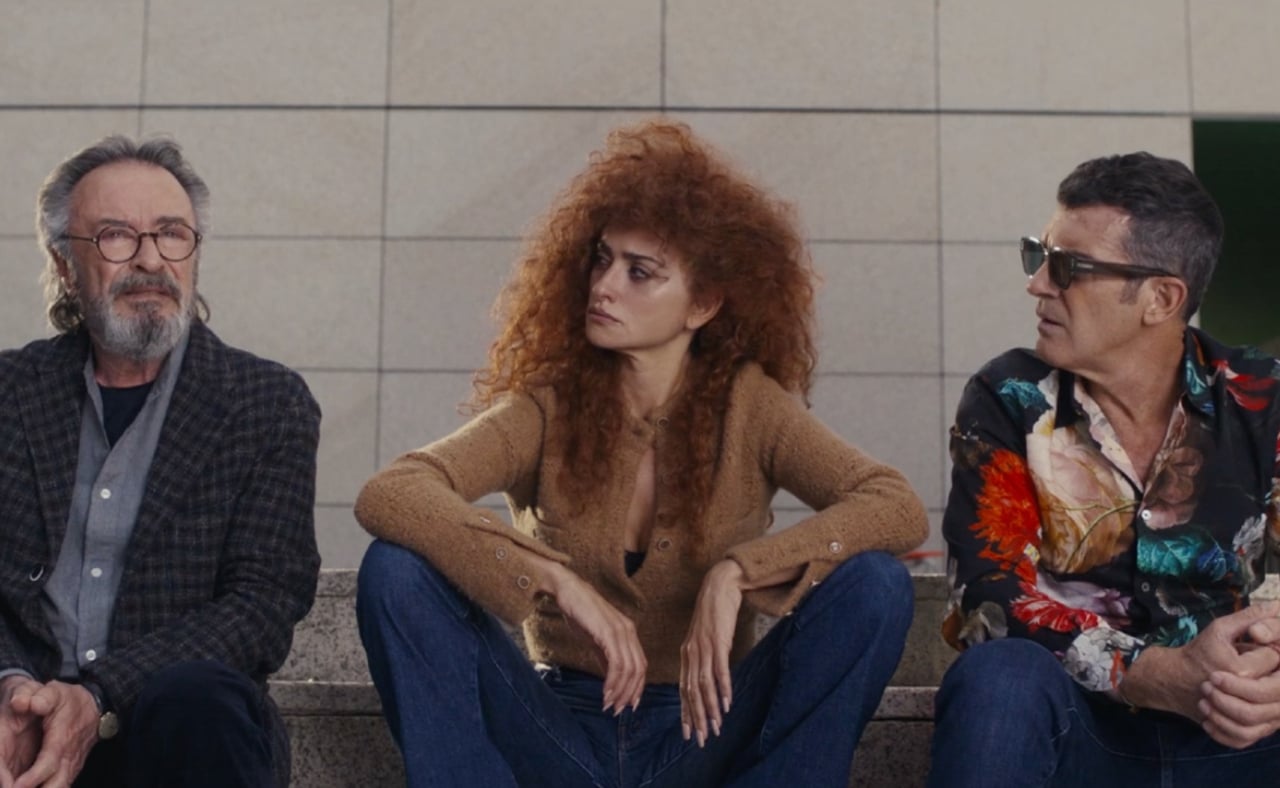 Argentine filmmakers Mariano Cohn and Gaston Duprat are already a trademark of humor and satire. In their latest film, ‘Official Competition’, they delve into a world they know well: that of the cinema, with its anxieties and snobbery. This Spanish-Argentine co-production, with Penélope Cruz and Antonio Banderas, opens today in Colombia.

The satires of the duo Mariano Cohn and Gastón Duprat are usually directed against “prestigious” whites and make comments – something grandiose, it goes without saying – about the neurosis of intellectuals, the impostures of the art world or the pomposity of politicians. On The artist (2008), a nursing home worker passed off the paintings of one of the elderly as his own. the distinguished citizen (2016) tells the story of the return of a writer, winner of the Nobel Prize for Literature, to his hometown and setting for his fiction, after accepting an official invitation. On My masterpiece (2018), directed solo by Duprat, a gallery owner embarks on a plan to revalue the work of a rebellious and forgotten artist.

The couple of filmmakers, from situations that range from the extremely obvious to the most improbable, vindicate the common citizen for whom the sophisticated speeches of the specialists are nothing more than meaningless gibberish. On The man next door (2009), to give a case, shows the conflict between a prestigious designer who lives in a house designed by Le Corbusier in La Plata (Argentina) and a rude neighbor who one day decides to make a window in his because he wants to have More light. On official competition, premiered last year in Venice, Cohn and Duprat direct their batteries towards the world of acting and cinema. That is, they shoot at themselves.

It all begins with the crisis of a businessman who, at the age of eighty, begins to wonder how he will be remembered and to imagine a plan so that he will be talked about not simply because he is a millionaire. To do? A bridge with his name donated to the city? Why not a movie? But it has to be the best. To that end, he hires Lola Cuevas (Penélope Cruz), an eccentric filmmaker who has won a Palme d’Or at Cannes, whom he commissions to adapt the novel by a Nobel Prize winner for literature for which he has paid a large sum of money. .

The businessman disappears from the intrigue and the film focuses on the adventures in which the director and the couple of actors in charge of bringing the rivalry between two brothers to the cinema are involved. The actors, Félix Rivero (Antonio Banderas) and Iván Torres (Oscar Martínez, awarded in Venice for his role in the distinguished citizen), represent those opposite poles so much to the liking of Cohn and Duprat. Rivero is successful and condescending to the tastes of the general public. Torres is radical and bitter. Lola, for her part, is the catalyst for their emotions.

Starting from the schematic situation of a group of people preparing a film, official competition advances and gives a special place to the rehearsals between the actors and their disagreements with each other, and of each one with the director. The satire in Cohn and Duprat has two main lines of development: the situations, which are usually bordering on the absurd, and the dialogues, in which commonplaces are always played with, with an incessant desire to deactivate them. The desire of this pair of filmmakers for the clichés to be exposed means that their films inevitably fall into the same cultural careerism that they intend to mock.

A good example of this is the way in which they saturate their films with “thin” references that would be evidence of an anxiety about the prestige that these references carry. Yes, Cohn and Duprat act as anti-intellectuals, they align themselves against the lies of contemporary art, a la Avelina Lésper, or against literary or cinematographic institutions. But in the films of both there is a lot of veneration towards what they represent, without going too far, a Nobel Prize or the Palme d’Or at Cannes. Do they use those prestige identifiers to make fun of them? Can be. But also as a tribute.

Other references are more covert or less well known. On official competition The filmmakers pay tribute to the German pavilion that the architect Mies van der Rohe built for the universal exhibition in Barcelona in 1929, and which is considered a manifesto of minimalism. In other films, Cohn and Duprat draw on Niemeyer or, as we have seen, Le Corbusier. By this I mean that the humor of Cohn and Duprat eagerly seeks the complicity of intellectuals, presupposes a shared cultural nomenclature.

Overexposure and obviousness threaten the corrosive potential of official competition. The same thing happened in the previous films of the Argentine duo. In the latter, however, there is another film within the film: the story of the rivalry between the two brothers, taken from the famous novel adapted by Lola Cuevas. More than the totally predictable darts at the snobbery of the cinema and its stars, that rivalry would have been interesting to see displayed with nuances or with less thick and rough lines. Mies van der Rohe taught that less is more. Cohn and Duprat’s cinema shows the opposite: more is less.