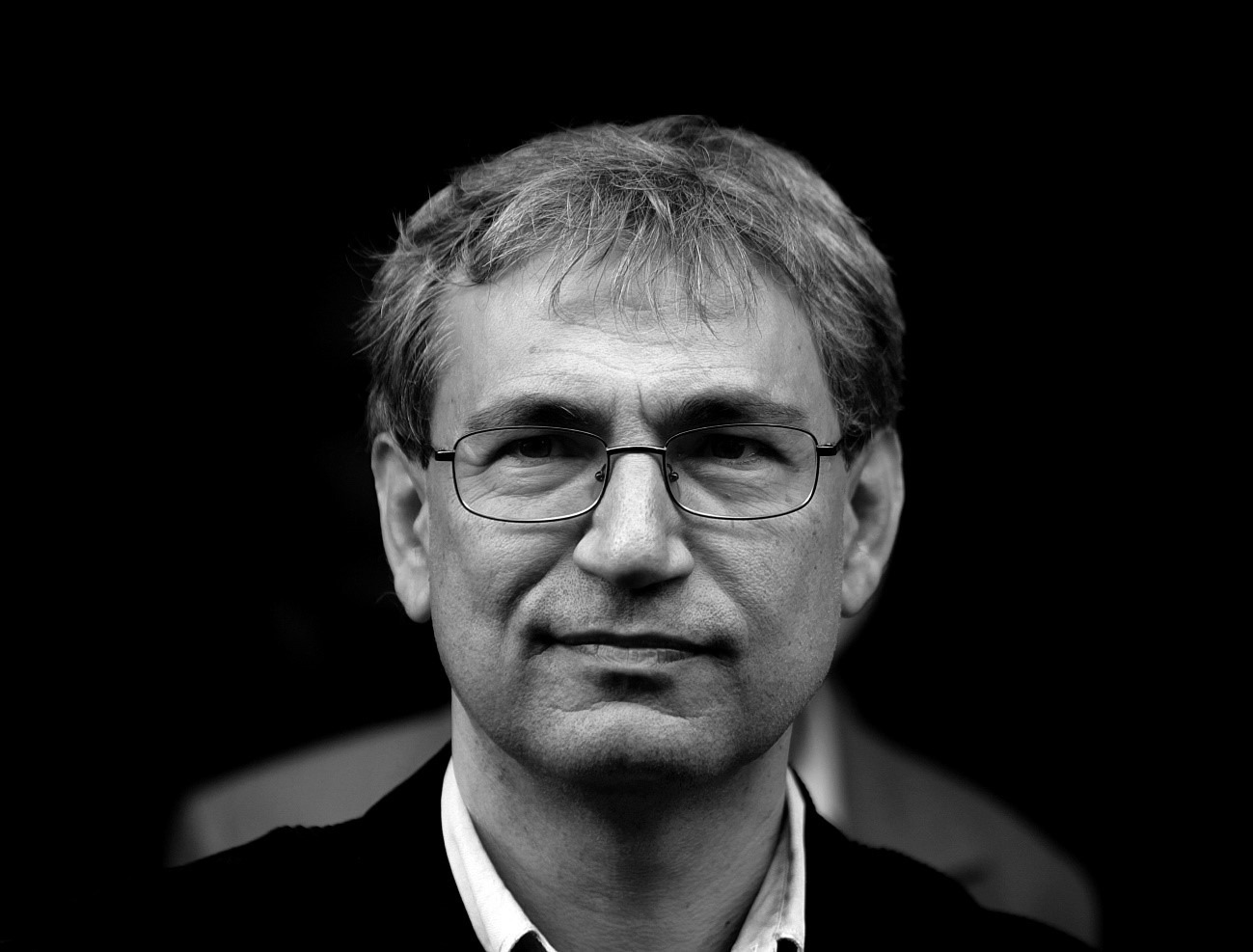 The literature program at Matadero Madrid, Chapter One, receives an exceptional guest on April 19: Orhan Pamuk, winner of the 2006 Nobel Prize for Literature.

The Turkish writer will accompany us in a conversation led by Patricia Almarcegui (a great connoisseur of orientalism and literary theory) in which we will delve into the author’s universe, which frequently addresses the antagonisms and confluences between East and West, tradition and modernity. In his novels he portrays “the search for the melancholic soul of his hometown [con la que] has discovered new symbols for the clash and intertwining of cultures”, according to the ruling of the Swedish Academy. That hometown, Istanbul, with its mixture of civilizations, is also reflected in a prose that combines European modernity with the labyrinthine and sinuous tradition of the East, in an almost poetic exercise in the novel.

Pamuk is a committed intellectual, uncomfortable for Turkey because of his independent voice in the face of military and Islamist pressure, who has courageously addressed issues as important as the persecution of the Kurdish people or the Armenian genocide, issues that have earned him threats and legal proceedings. He defines himself as “a writer who considers politics an inevitable destiny that he doesn’t like”.

The recent publication in Spanish of his latest novel the nights of the plague (Random House Literature, 2022) will give rise to address with the author some of the issues that are the protagonists of our present. Pamuk began to write the nights of the plague five years ago, long before the covid-19 pandemic. Without knowing it, through its pages, the author embarked on a dialogue with the present that was anchored in the past.

Orhan Pamuk was born in Istanbul in 1952. He began studying architecture, abandoning them to graduate in Journalism at the University of Istanbul. Between 1985 and 1988 he lived in New York, working as a professor at Columbia University, later returning to Turkey. Cevdet Bey and sons (Mondadori, 2013), his first novel, was published in 1982. John Updike, as a result of reading The astrologer and the sultan (1985), said of him: “in his dispassionate intelligence and his arabesques of introspection he suggests Proust”, which gave him instant literary recognition that was strengthened with the publication of my name is red (Alfaguara, 2003) and the award of the Nobel Prize for Literature in 2006. Among his following works are Snow (Alfaguara, 2005), the museum of innocence (Mondadori, 2009), a strange feeling (Random House Literature, 2015), and The woman with the red hair (Random House Literature, 2018). Internationally recognized, he has received the 2002 Grinzane Cavour Prize (Italy), the 2003 International IMPAC Dublin Literary Award (Ireland), the 2005 Foreign Médicis Prize (France), the German Booksellers Peace Prize (2005) and has been awarded an honorary doctorate by the Complutense University of Madrid in 2007. It has been translated into more than 60 languages.

Patricia Almarcegui is a writer and professor of Comparative Literature. Her research focuses on Literary Aesthetics and Cultural Studies. She has been a visiting professor at The American University of Cairo and at the Sorbonne, Paris IV. She has carried out research stays at the Institute of Comparative Literature and Sociology at Columbia University, New York. Among her books are Ali Bey and European travelers to the East, The meaning of the journey (2nd essay prize Fray Luis de León), The painter and the traveler (translated into French and Persian), A traveler through Central Asia, Get to know Iran, the memory of the body and travel myths.

She is a contributor, among other media, to eldiario.es, the cultural supplement of ABC, La Vanguardia and El País. As a result of her residence in Shiraz, she is the author of the contemporary art and poetry project: The murmur of the tomb of Hafez. Just published lost notebooks of japan (Candaya, 3rd edition, with forthcoming French translation in Intervalles).