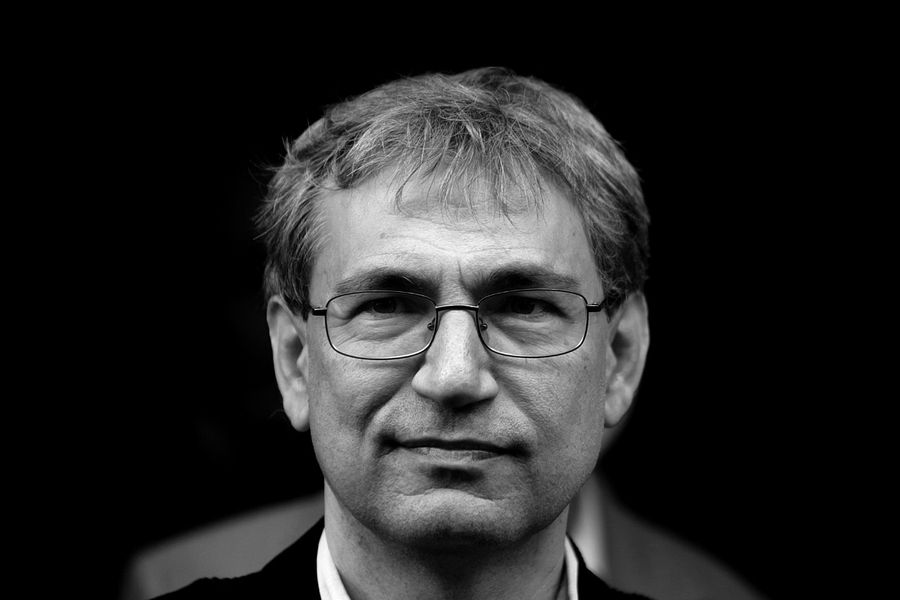 When Orhan Pamuk he opens his window every day, he has a privileged view of one of the two straits that separate the European from the Asian part of Turkey. “I see the Bosphorus, life is beautiful”, smiling and optimistic account, despite the fact that in his country there are political tensions due to the opposition to the government of Recep Tayyip Erdoğan, and a catastrophe very close: the Russian invasion of Ukraine.

Pamuk, the Turkish writer who won the Nobel Prize for Literature in 2006, has just presented his new novel the nights of the plaguevia Random House Literature, and which is already in Chile, where he recounts a bubonic plague pandemic that occurred in the Ottoman Empire in 1901. In a press conference attended by Culto, he says that he had been thinking about the novel for 40 years before to write it, and that the next one he will publish, he has been thinking about for 35 years.

Years more, years less, what has happened with Ukraine in recent months never ceases to surprise him and he does not hesitate to condemn it. “It is immoral to kill Ukrainians because they do not want to belong to the Russian bloc. Under that pretext, invade a country and kill thousands of people, as we have seen the atrocities in the northern part of kyiv (Bucha) ”, says Pamuk on the other side of the screen, via Zoom.

“One feels the guilt and one says I want to do somethingbut the frustration is there because there is not much to do, except raise your voice, help the people of Ukraine, or remember Susan Sontag who went to Bosnia when it was bombed by Milosevic’s army, “adds the writer.

What draws Pamuk’s attention is the access to the images. “The most shameful thing about this war is that everything is open. We can go online and watch a bunch of videos, I feel guilty and I feel horrible. Now that humanity has discovered public communication we see these bodies of murdered people lying in the street, they are not edited videos, they are videos that people record. The horror is so close to us that we cannot avoid this horrible situation.”

Pamuk says that he began to write this novel when the world did not yet know the ravages of the coronavirus. However, the Covid-19 arrived and caught him in the middle of typing. “It affected my psychology, because when I wrote this novel, my friends told me why do you write about plagues, about plagues if there are no longer pandemics in our world. I thought it was curious, and I was already so busy with my novel when suddenly a virus arrives that affects the whole society”, he relates.

“I reduced the descriptions of the quarantine because I thought, now everyone knows how a quarantine works, but for a moment my writing world became a public world, that bothered me a little and I felt somewhat jealous of realityPamuk adds.

Despite everything, he still found a positive side to the virus. “The coronavirus has been a horrible thing but there are some advantages, I don’t know if we are going to go back to traditional press conferences. I hope we continue to communicate quickly and efficiently like this”.

For this book, Pamuk conducted research on the Ottoman Empire at the beginning of the 20th century. “There are two sources for this novel, the memoirs of the Ottoman bureaucrats, they were expelled and forgotten, therefore they wrote their memoirs and I think no one has read them apart from me. Some memoirs were published in some newspapers, the truth is that I read many memoirs”.

“I also read medical memoirs, very carefully. The medical sources for my book were reports written by colonial British doctors during the plague in 1901, in Bombay and Hong Kong. There were British doctors fighting the plague, just like in my novel, and people didn’t understand them, there was a language problem. Sometimes towns were burned to kill off the plague, so these doctors were often hated, but some of them wrote very interesting reports that they sent to London, and you can read them on the internet.”

In the novel, the main narrator is a woman, and Pamuk says that this was not a random decision. “As I get older, it is an ethical decision that I impose on myself, because I want to see the world through the eyes of female narrators. I want to see that female voice in my novels. My ideal is to write a 600-page novel, in the first person singular, and that nobody thinks that it has been written by me, but that people think that it has been written by a woman.

Another thing that has characterized this pandemic is the appearance of anti-vaccine groups, which, Pamuk admits, “does not understand”, although -according to him- this is not the most appropriate response on the part of a creator. “I feel like it’s my obligation as a writer to understand everyonethe most attractive thing is that I try to understand, for example, fundamentalists and terrorists in my book Snow (2005), this does not mean that I agree with them. Human capacity lies in that empathy, you have to understand people who are not like you”.

“I can’t understand these people who offer this resistance, and I think yes, yes, vaccines are very good, but suddenly I talk to another academic from the university, or a relative and I find out that they don’t get vaccinated! If I write a novel by someone who is against all measures, against vaccines, the truth is that I would have no clues, I would not know how to get into this subject.

The first reviews have said that this novel is the best Pamuk has done in his career. What is it like to write after receiving the Nobel Prize for Literature? Do you feel that your work is better after the award? Respond quickly: “That’s a cliché.” And he adds: “TS Eliot said that he had not written more important things (after the Nobel) and that he imitated himself. He received the Nobel (in 1948), and it was not an excuse not to continue writing poetry as he wrote it. All this responds to a cliché. Perhaps because I received the Nobel when he was 54 years old, a relatively young age, and he had many plans, like this novel.”

“The Nobel was not a punishment, I felt happy receiving this award. He made me work harder and harder. Before the Nobel they translated me into 46 languages, now more than 60, I just signed a contract with Nepal! I feel very motivated by the number of readers”, he adds.

For this novel, Pamuk has had a problem with the justice of his country, who accuses him of having tarnished the name of Mustafa Kemal, better known as Atatürk, considered the father of the homeland of the Turkish nation. In fact, he is considered its founder and was its first President. He doesn’t dodge the question because it gives her the option to expound on his innocence.

“It’s not true, and it’s not something I ever intended. I’m not the type of person to do something and then say I didn’t do it. This book is an allegory of the growth of nations after the disintegration of the Ottoman Empire. Bulgaria, Greece, Turkey, Serbia, these are new nations that were formed after the fall of the Ottoman empire, but there is no direct connection to Ataturk, at least by design. The prosecution called me and told me there are many complaints, and this is how the law works in Turkey. I said: ‘Okay, tell me on which page I make fun of or insult Atatürk, can you enlighten me?’, and obviously there was no page, they couldn’t prove anything at all! It does not worry me. My experience tells me that all this will vanish in the labyrinths of the Ankara bureaucracy, these are Kafkaesque accusations that I try to take seriously, but I don’t want to talk too much about it either. I do not want to offer myself as a victim, but we must not forget that it is part of a political struggle in Turkey.

Although Pamuk sees the light at the end of the tunnel: “There is something good, the polls are saying that Erdoğan’s popularity is falling, like money in Turkey, it is possible that the next elections will not be clear and fair, but if they are fair, Erdoğan falls. Believe me”.

Orhan Pamuk, Nobel Prize for Literature: “It is immoral to kill Ukrainians because they do not want to belong to the Russian bloc” – La Tercera