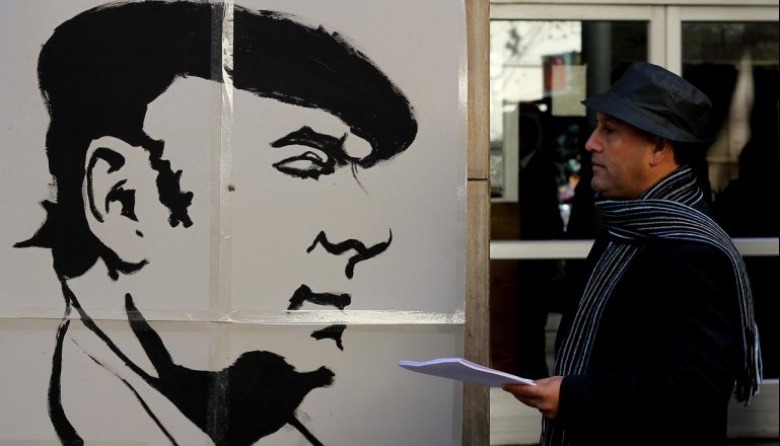 In January, the Chilean novelist Isabel Allende made an appeal not to sabotage the poet’s work. “Neruda confesses that he raped a woman and Chilean feminists want to eliminate him. One thing is the failed man, that we are all failed, and another is the work, “said the writer.

The Spanish newspaper El País has been analyzing the revisionist process on the role and life of Pablo Neruda, which these days is the subject of fierce controversy in the country where he was born.

“This year an old parliamentary motion has been reactivated in Chile to rename the international airport of Santiago with the name of the Nobel Prize for Literature Pablo Neruda (1904-1973). Despite the fact that the measure has some support in Congress, its processing has generated controversy due to the fact that there are feminist groups that criticize the bad behavior of the writer with women, which includes the abandonment of a sick daughter and a violation recounted in his posthumous memoir, I confess that I have lived. Voices opposed to the initiative have included a proposal for an alternative name to rename the Chilean capital’s aerodrome: that of the poet and Nobel Prize winner for Literature, Gabriela Mistral.

And he added: “The project for Neruda, one of the most recognizable faces of Chile in the world, to give his name to the Santiago airport was originally presented in 2011. The text argued: “The great Chilean poet is considered among the best and most influential of his century, being called by the novelist Gabriel García Márquez ‘the greatest poet of the 20th century in any language”. However, since the initiative was revived last month, feminist organizations have rejected it, assuring that, at the height of the Me Too movement, it would offer a bad image of the country abroad”.

He also clarifies that “the controversial writing of the poet’s memoirs recounts that he sexually forced a young servant girl in Ceylon (today Sri Lanka), where he held a diplomatic position in 1929. In an explicit style, Neruda says that the girl ignored him and that later he took her to his room to end an encounter that was, the poet described, ‘like that of a man and a statue. She kept her eyes wide open the entire time, completely unaware.‘”.

El País also mentions that among those who criticize Neruda is the journalist and deputy of the Humanist Party (left) Pamela Jiles, who has declared: “These are not the times to honor a woman abuser, who abandoned his sick daughter and confessed to a rape, less as a country image”, adds Jiles, who insists on the alternative proposal of calling the Gabriela Mistral airport. In addition to the alleged sexual assault, Neruda is marked by Malva Marina, his daughter, whom he called “three-kilo vampiresa.”

That story appears in a fictionalized account called Mallow, by the Dutch poet Hagan Peeters, in which it is said that the girl was born in 1934, with hydrocephalus, and died only eight years later, abandoned by her father. When the story spread in 2016, the Pablo Neruda Foundation, which preserves the author’s legacy, issued a note stating that the separation was by mutual agreement and that “Neruda went to see his daughter the last time he could do it , in 1939, on the last trip he was able to make to Europe, to embark the Spanish Republicans on the Winnipeg”.

With that title last Wednesday El País stated that “Fernando Saez, director of the Foundation in charge of managing the legacy of the Chilean poet, recognizes that his museum houses could close due to lack of funds. The feminist review of the life and work of the author has darkened his image.

And he published: “The Pablo Neruda Foundation, in charge of preserving the legacy of the Chilean poet and the administration of his three museum houses, has run out of money due to the closure of its centers to visitors during the pandemic. Fernando Saez, executive director of the entity, acknowledges that if he does not obtain financing within the next “four or five months” they may have to close the mythical homes of the Nobel Prize for Literature, although he trusts that the Government of Gabriel Boric will help prevent that from happening. that the search for financial support comes after “three very strong campaigns against Neruda” unleashed in recent years for the rape that the author confessed in his posthumous memoir; the abandonment in which he had his daughter Malva Marina, born with hydrocephalus, and the feminist revision of poems like the one that begins I like when you shut up because you’re like absent”.

The mentioned note continues: “The feminist lens has overshadowed the figure of Neruda for some sectors in Chile. in his book I confess that I have lived, published a year after his death in 1973, the poet describes a violation that he committed when he was Chilean consul (between 1929 and 1930) in Ceylon, now Sri Lanka, with a woman “of the Tamil race, of the caste of pariahs”. “The encounter was that of a man with a statue. He remained the whole time with his eyes open, impassive. He was right to despise me ”, he narrates in the text, whose rereading began to generate controversy a decade ago. His story is the only proof of what happened at the end of 1920. Four years ago, women’s organizations and congressmen of different political colors opposed the Chamber of Deputies changing the name of the Santiago airport to that of the poet due to that confession. “.

“Everything is taken out of context and is seen as if it had happened today,” Saez said this Wednesday in a meeting with foreign correspondents at the Estravagario cultural center, adjacent to the gardens of the La Chascona museum house, located in Santiago (the other two are located in Valparaíso and Isla Negra, about 120 kilometers from the capital).

“I think it was a very painful confession for him, remembering what left a mark on him. say that he had tied up [problemas] with women I find it a brutal exaggeration”, added the executive director of the foundation. In January of this year, the Chilean novelist Isabel Allende made an appeal not to sabotage the poet’s work. “Neruda confesses that he raped a woman and Chilean feminists want to eliminate him. One thing is the failed man, that we are all failed, and another is the work, ”said the writer and published by the Spanish media.

That concluded: “On the occasion of the 50th anniversary of the Nobel Prize awarded to Neruda in 1971, the cultural platform Tantaku, of the University of Chile, published last October a text on the work and legacy of the poet in which the academic Soledad Falabella stated: “The totalizing paternalistic figures of yesteryear no longer have the same value in this contemporary Chile that is being refounded from a constituent process with a democratically elected, parity Convention and with seats reserved for indigenous peoples.”

Pablo Neruda, his confessed rape and “the feminist lens that overshadows him” – Info Blanco Sobre Negro