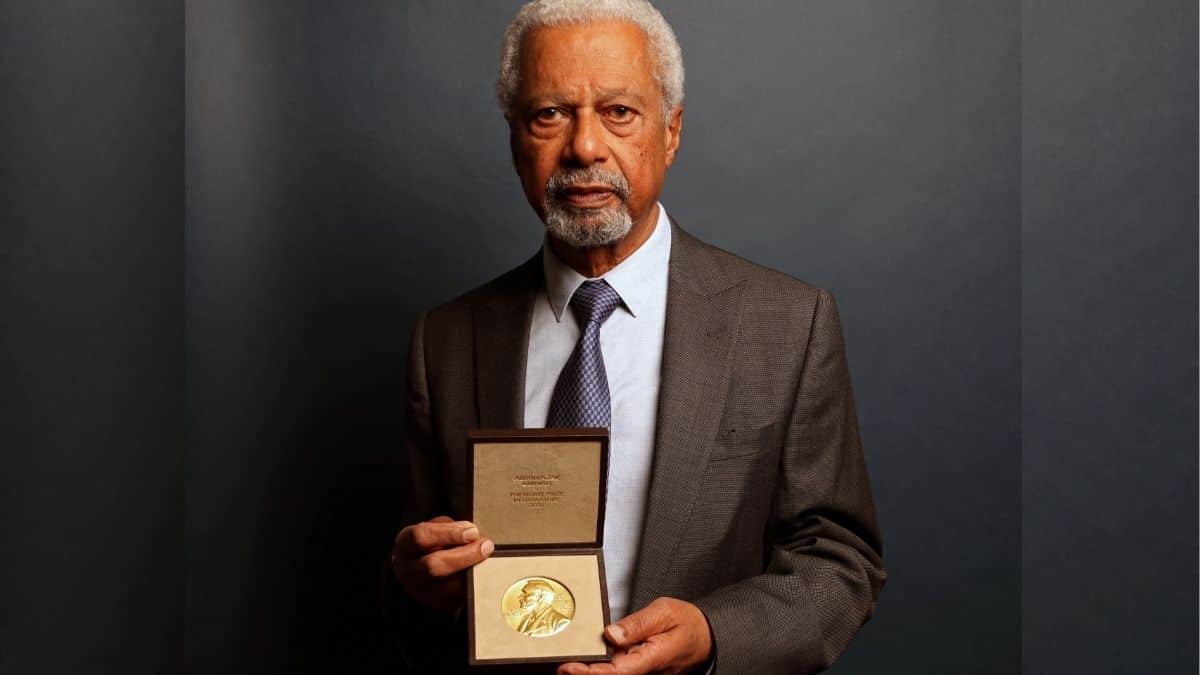 In December, the new edition of the acclaimed novel by Nobel Prize winner Abdulrazak Gurnah arrived in the country, traces the adolescence of a young man sold by his father in the tumultuous Tanzania of the early twentieth century.

At the age of 12, Yusuf involuntarily leaves the paradise of his childhood. His father, in debt, is forced to hand him over to his main creditor, a merchant named Aziz who lives on the coast and spends a good part of the year traveling between the towns of the present day. Tanzania. At his new residence, Yusuf takes a job at Aziz’s shop and strikes up a brotherly relationship with the nervous Khalil. In turn, he becomes interested in the intricate garden that borders the main house and that, in its beauty, resembles the paradise garden of Islam. Over the next five years, as he grows up and is part of the merchant’s expeditions, Yusuf will begin to understand the social dynamics that shape his environment and, therefore, to question his place in the world, while that same world it begins to deform under the pressure of new political forces.

Paradise It is one of the best known novels of Abdulrazak Gurnah, the most recent Nobel Prize for Literature. Originally published in 1994, it was a finalist for the Booker Prize and three years later it appeared for the first time in Spanish, translated by the now defunct Argentine publisher Muchnik (today it is published by Penguin Random House’s Salamandra imprint). Although the novel does not refer to exact dates, the story takes place at the beginning of the 20th century, during the brief but convulsive presence of the German colonial empire in Tanzania.

The thickness of the plot Paradise It focuses on two paths. The first consists of a trip to the interior of the country by Aziz’s commercial caravan, in which Yusuf participates. The expedition, which soon turns sour, shows the intricate political fabric of the region. Gurnah distances himself from other literary journeys that take place in colonial Africa, such as that of the heart of darknessConrad’s, rejecting both a romantic view of the “wild” as the exoticization of the local inhabitants. Paradise exposes, in all its nuances, the cultural universe of Tanzania at the time: from Indian immigration to Swahili culture, from Omani influence to German legal rule. The recurring presence of translators is one of the many ways in which Gurnah makes the richness of the territory visible.

The second path does not cover as much space, and is limited to the distance between Aziz’s main house and the shop where Yusuf lives and works selling the merchant’s wares. In that brief journey, Gurnah develops a romantic triangle that eventually leads to Yusuf’s personal awakening. This part of the novel, like others, is inspired by the twelfth chapter of the Koran, the “Sura of Yusuf”. Along the Paradise, its author draws a parallel between its protagonist and the homonymous prophet of Islam: both are sold as children, have dreams that others interpret as prophetic, and arouse the admiration of a woman in a position of power. But if Islam’s Yusuf ends his life in a position of prestige and power, the fate of Gurnah’s hero is more ambiguous, tied as he is to power structures that seem so entrenched as to call into question the very notion of freedom. .

Where is paradise?, several characters ask themselves in the course of the novel. And what happens when that place that has the shape of paradise actually feels like hell? In her novel, Gurnah offers her readers a blunt critique of oppression -both foreign and endemic- without ever giving up the humanity of her characters, showing with enormous subtlety how tenderness, vulnerability and tyranny can well up, and keep each other company. in the same garden.

‘Paradise’: the Nobel Prize for Literature book that is already available in Colombia | 2022