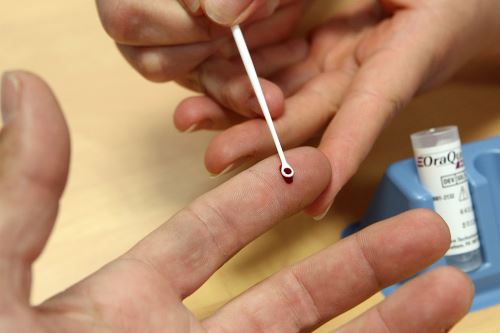 Parents should be aware of possible symptoms of hepatitis in their children under 16 years of age following the global health alert of an unusual acute hepatitis of unknown origin in children.

This was explained this afternoon by the epidemiologist César Munayco, executive director of Public Health Surveillance of the National Center for Epidemiology, Disease Prevention and Control (CDC) of the Ministry of Health.

She noted that it is important for parents to be able to recognize gastrointestinal symptoms such as abdominal pain, diarrhea or vomiting, a possible jaundice (yellowing of the skin and eyes) and in some cases respiratory symptoms.

“Recognizing these cases is important; if there is that, you should go quickly to the health center for evaluation,” he said in RPP, noting that the Ministry of Health has issued an epidemiological alert in this regard addressed to health personnel.

Given the alert, medical personnel should notify the CDC of any probable cases of acute hepatitis in minors. “We must alert the entire health system, all hepatitis that is not within the characteristics of the etiology (study of the causes of the disease), they have to notify us.”

Munayco added that although the etiology of acute hepatitis is not known, there are some hypotheses that are handled. However, he added, in the course of days there will be results to identify the causes. “Meanwhile, the Minsa is preparing to deal with the cases.”

Last Tuesday, the World Health Organization (WHO) reported that some 228 cases of acute childhood hepatitis of unknown origin were reported in less than a month and that another 50 cases were under investigation.

The age of the patients varies from babies as young as one month to adolescents of 16 years, most of whom do not have fever or viruses associated with the different known types of hepatitis (A, B, C, D and E).

This type of hepatitis was first noticed on April 5 for the UK in children under ten years of age and without previous ailments. Since then, similar cases have been located in Spain, Belgium, Denmark, Italy, the United States and Indonesia, among others.

Likewise, the Argentine Ministry of Health reported last Wednesday that they had registered the first case of the disease of unknown origin in the country, and consequently, in Latin America.

The WHO also reported that a tenth of patients with this disease had required a liver transplant.

What is hepatitis C and how is it combated? https://t.co/xrmyez3Prj

A trio of researchers were awarded the 2020 Nobel Prize in Medicine today for their discovery of the hepatitis C virus, thus paving the way for blood tests and new treatments. pic.twitter.com/oE0QrzJtUK